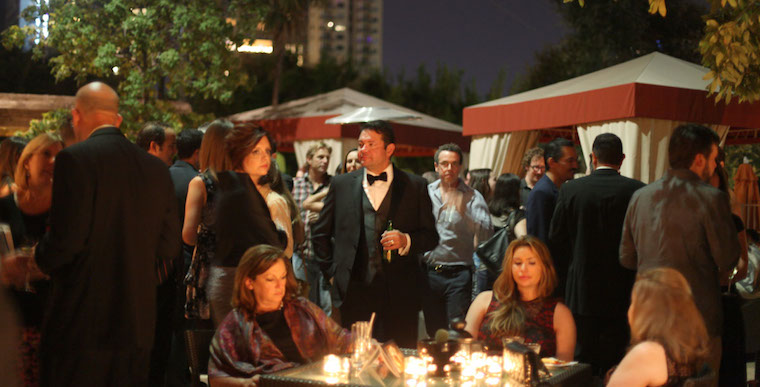 Lauren Cerand Reloads for Another Night Out

At the Texas Book Festival 20th Anniversary Gala, I was seated with the Tocker Foundation, which supports rural public libraries throughout the state. Warm, convivial, extended family, it reminded me of Giant, and my favorite passage from the book: “I love old silver and Maryland crabs and plenty of hot water day and night with bath salts, and one glass of very cold very dry champagne.”

The cocktail reception was filled with literary luminaries, including Angela Ledgerwood of The Lit Up Show, Lauren Groff, currently enjoying a great streak with Fates and Furies, and Laurie Muchnick, past National Book Critics Circle president, wearing a stupendously glittering necklace and riding high on the previous night’s success for the Kirkus Prize announcements (she’s their fiction editor). I was with Daniel Handler, one of my publicity clients, who is currently working on the Netflix adaptation of A Series of Unfortunate Events, and writing a part especially for Ali Liebegott, and his play The Story of the Ghost of the Dead Rabbit, which is having table readings at Berkeley Repertory Theater.

I’ve attended the Texas Book Festival for the past few years, largely because I am intrigued by the booming local literary scene and I keep working with authors who have some connection to the state: Brandon Caro, a veteran of Afghanistan whose searing debut novel Old Silk Road has just been published by newish Nashville indie Post Hill Press this week, fell in love with Austin while he was stationed in San Antonio, and currently splits his time while pursuing an MFA at the legendary New School program in New York, where he studies with Lit Hub executive editor John Freeman, who also made a stop in Austin this weekend on his whirlwind global tour for the launch of Freeman’s. National treasure Eileen Myles is spending more time in Marfa, and this month, Pulitzer finalist (for poetry) Forrest Gander’s border novel, The Trace, is in paperback from New Directions, plus I worked with local independent press A Strange Object (after Donald Barthelme’s “The aim of literature . . . is the creation of a strange object covered with fur which breaks your heart”) on launch publicity for Kelly Luce’s story collection set in Japan, Three Scenarios in Which Hana Sasaki Grows a Tail.

And then there are the Texan literary institutions I keep hearing about: the publisher Deep Vellum, and the bookstores Wild Detectives in Dallas and Brazos in Houston. I’d love to meet them all on my next road trip. My most memorable bookstore visit in Texas would have to be the one in Marathon that sold editions of “Where There Are No Doctors” in both English and Spanish. And it’s exciting that major critic Michael Schaub, who contributes to NPR and the LA Times, lives in Austin.

The tables in the ballroom of the Four Seasons in Austin were decorated with bell jars filled with orchids, and the society crowd, which included Nancy Pelosi, and the mayor and his wife, gave the room a different air than the usual industry vibe in New York. Books by featured authors were at every place setting (mine: Dallas star Linda Gray’s The Road to Happiness Is Always Under Construction, published by ReganArts). Jim Shepard (The Book of Aron) came by the table, and is very, very funny in person, as did festival director Lois Kim, wearing a fabulous chevron-striped vintage gown (“raided from a friend’s closet”), and striking gold bracelets in intriguing forms, including a snake.

Jill Meyers, whose name you may recognize from her work as co-director of A Strange Object, received an award for her work on LitCrawl. The auctioneer, whose triumph was garnering $20,000 for a holiday in a hacienda in San Miguel de Allende, would say “surely you’ve got one more bullet in your gun,” whenever he wanted to encourage bidding, a phrase I quickly adopted. If I ever organize an auction, I will have a St. Bernard puppy with a bow on-stage, because that’s what I would have wanted more than anything, especially in conjunction with a trip to Aspen. The dinner with Richard Linklater at local institution Jeffrey’s was pretty tempting though, too. Margaret Atwood was honored and described A Midsummer Night’s Dream as “quite a dark story but it comes out ok.” Fellow honoree Taye Diggs and illustrator Shane W. Evans gave a rousing and inspiring speech and musically-backed performance about self-acceptance that closed the gala on a stellar note. The after-party, held outside on a beautifully balmy Texas night, lent the evening new verve (as did a margarita open bar).

Word of Geoff Dyer’s ping-pong prowess is now wide-spread enough that the newly-minted Windham-Campbell prize winner can just go by “Champ.” Philipp Meyer, who’s been in Los Angeles working on an adaptation of The Son for AMC with Brian McGreevy (who’s just published Desire, a novella that serves as the prequel to his Hemlock Grove, with Rare Bird) was there, as was Los Angeles Times book critic David Ulin, who’s written a new book about being a flaneur in the most unlikely of walking cities: Sidewalking: Coming to Terms with Los Angeles (University of California Press), although we agreed that has changed in recent years. I confessed that I recently got a tattoo inspired by the last line of the Julio Cortazar poem “Infinite Voyage,” hung out at the perfect French cafe, and was saged head-to-toe by a Romanian witch, all in the span of a few blocks in Los Feliz. Angeleno debut novelist Shanna Mahin (Oh! You Pretty Things) is moving to Houston, and I introduced her to Matthew Salesses, currently living there and enjoying a streak of vogue with his new novel, The Hundred-Year Flood. He was talking with Laura Van Der Berg, who has just moved to New York. Of all places.

Also spotted: Saeed Jones, whose Prelude to Bruise is so in-demand it can be found in big stacks in airports; James Hannaham, shortlisted for this week’s Brooklyn Eagles Literary Prize for Delicious Foods; Maris Kreizman of Kickstarter, Julie Buntin of Catapult, Rachel Fershleiser of Tumblr, Kimberly Burns, who recently formed the publicity supergroup Broadside PR with Michael Taeckens and Whitney Peeling, and counts Champ Dyer among her clients; Sarah Gerard (Binary Star); and Lincoln Michel, author of the newly published Upright Beasts, and editor at Electric Literature, musing on the site’s costume (optional) party this week in New York. Out of the corner of my eye, I thought that I saw Antonio Ruiz-Camacho, and then excitedly talked about his Barefoot Dogs with everyone within earshot, especially the story about the lover in the clothes dryer. Not the best place to hide an affair, but unforgettable as an element in a story.

And, of course, the big news of the night was never announced: festival literary director Steph Opitz is moving to Kyrgyzstan to join her anthropologist husband there for a time. She will continue to review books for Marie Claire and elsewhere, but is saying goodbye to Texas, for the time being, at least.

SLIDESHOW (all photos by Miguel Angle, except where noted) 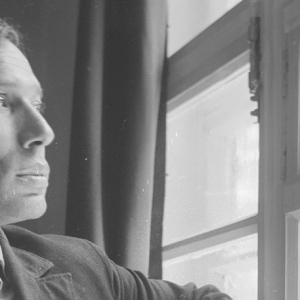 Lily Tuck finds herself within a history of auto-fiction. | Literary Hub An annotated version of everyone’s favorite...
© LitHub
Back to top
Loading Comments...