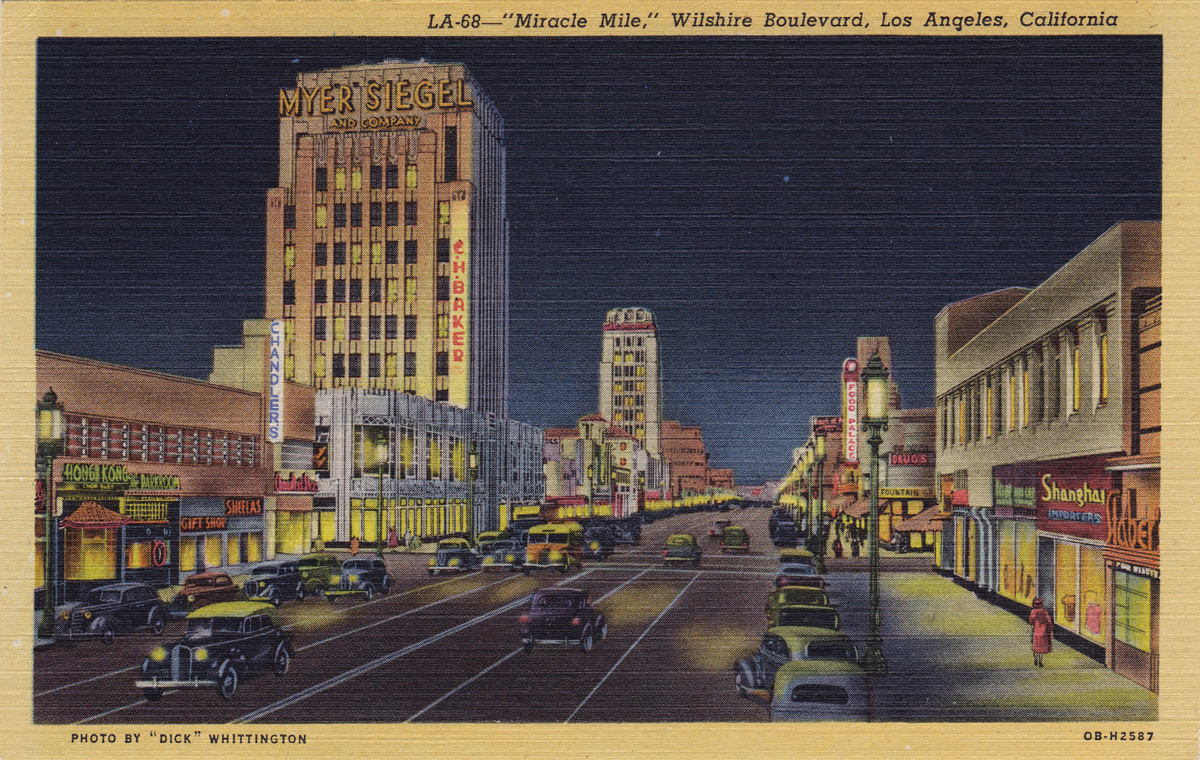 David Ulin and Mark Haskell Smith End Up at the Tar Pits, Again

David L. Ulin is obsessed by tectonics. Whether it’s the shifting plates that form the Earth’s crust in his book The Myth of Solid Ground or the evolution of literary culture he documents in The Lost Art of Reading, he is an astute observer of the subtle changes around us.

His new book, Sidewalking: Coming to Terms with Los Angeles is another look at our shifting world, this time a philosophical rumination on cities, walking, memories, and the unstable ground they’re built on.

I should mention that David and I are friends and colleagues, so it wasn’t unusual that we found ourselves strolling around the tar pits, looking for a food truck that serves spicy pad see ew, and talking about the city we live in.

Mark Haskell Smith: I was thinking about the challenge of writing about a megacity like Los Angeles. It’s sprawling, complex, diverse, layered, multicultural… How do you try to capture that in a book?

David L. Ulin: You don’t. I couldn’t. I’m not a historian. I see and write through my own lens, so I didn’t want to even attempt to be comprehensive. We all have our own different LA, and it kind of overlaps like a Venn diagram. So I had to write about it from my perspective, which I think is one of the reasons the book really centers around this neighborhood.

MHS: Because the city itself is dynamic, right? It’s different for everyone.

MHS: But Los Angeles is a famously auto-centric city? It’s almost an act of defiance to walk. Why did you choose to do that?

DLU: I was coming from New York, which is a pedestrian city. When I lived in San Francisco, I used to walk miles and miles across that city all the time. So it’s always been kind of the way I’ve interacted with cities. It was a way for me to kind of personalize the city, or make it accessible, or find my way through that big, sprawling megalopolis, and figure out a path for myself. I talk in the book about walking being a way that I tried to reinvent the city in my image, but the city also reinvents me in its image.

MHS: Did slowing down change your perception of the city?

DLU: I think it just makes it more real, you know? For a long time, right around here there was a city services sawhorse, because tar would bubble up through the pavement. For 20 years, there were two sawhorses over this little bubble of tar coming up at the seam of the sidewalk. I loved that. And then they fixed it and took away the sawhorses. Those are the kind of things that you never notice if you’re driving. You’re just moving too quickly.

MHS: That’s the charm of this neighborhood. It’s a geothermal grab bag.

DLU: We’re sitting on a bowl full of sand and tar. I really became aware of it when I was working on this book, although it makes sense because it kind of dovetails with the earthquake book.

DLU: I like shaky ground and I like this idea of the temporary nature of human settlement set against the long-term nature of geologic time. But I wasn’t even aware of that as a connection until I started thinking about this book. I take the tar pits entirely for granted. I thought of them, when I thought of them at all, as a kind of cheesy tourist attraction. It’s kind of great that in the movie “Volcano,” which is not a great movie, but it kind of is great for being not a great movie, the volcano comes out of the tar pits. Totally geologically impossible, but a great metaphor. And I really liked the idea that we look at this cityscape, big buildings and people and cars and industry and whatever, and you know, it looks relatively solid, but it’s actually an illusion. The reality is that pit of tar.

MHS: And how classic Los Angeles that we have this somewhat dangerous, bubbling mass of petro goo and we erect cute statues and charge admission.

DLU: One of my only memories of LA as a child is the tar pits. When I was in first grade, my father had a fellowship and we spent a year living in Long Beach. I remember visiting relatives in the valley. I remember Disneyland. And I vividly remember the tar pits. I vividly remember standing by those statues. But as I recall, there was no fence. I mean, you could literally fall right into the tar if you wanted to.

MHS: I’m sure that someone had a lawsuit.

DLU: I’m sure that’s true, yeah. And if I was a diligent reporter, I would have looked into that and put it in the book. So there is this really interesting sense of the history of the city. The history is partly the human built history and it’s partly the history of what is underneath. For me, one of the interesting tensions about living in Southern California is that nature will kick your ass anytime it feels like it.

MHS: Like that sad wooly mammoth being pulled into the pit.

DLU: Mommy’s dying in the tar.

MHS: In the book you talk about architects and urbanists building something for one purpose and then people finding a completely different use for it. You call it going sideways and finding serendipity.

DLU: I think that’s the thing. It’s sort of how a new city becomes an old city in a certain way. There’s a moment when I was interviewing Rick Caruso, who’s the developer who created The Grove, where he talked about going to Rome and looking at a door that was 3,000 years old or something, and that the city had reconfigured itself around that door. That door was still there. It still operated in the way that it always had and there was this depth of history, but that the city had reconfigured itself. And I think that’s what we do. We’re always adapting ourselves to the landscape, and then adapting the landscape to us in that way. I think about that particularly in regard to a place like The Grove, which is a kind of fascinating social experiment, among other things, but the notion that a fake street is also, in a weird way, a real street, and the fact that people are using it as a real street. You know, Olvera Street, which is the site of the original Puebla of Los Angeles, the Olvera Street that we know was basically built in 1931 as a tourist attraction. Now it’s 85 years later, so it’s historical. Like Chinatown or any of these places that were contrived. The Farmer’s Market is a perfect example. When The Grove was being built, everyone was like, “Oh, it’s going to ruin the Farmer’s Market.” Well, the Farmer’s Market replaced an actual farmer’s market.

MHS: With a tourist version.

DLU: Because LA’s urban history is so compressed I’m really interested in what it can show us about how authenticity and artifice mix. And it all has to do with how we end up using that stuff. We start using that mall as a street, it becomes a street even if its developer didn’t intend for it to be a street. We are ultimately the ones who determine what its use is.

MHS: To me that is the founding Los Angeles myth. You build something fake, but then it becomes something real, and that embrace of the phony is kind of what makes the city so fun.

DLU: I always use Angelyne as a metaphor. When I moved to LA, I hated Angelyne because she stood for everything I thought was bogus and false about LA. All the reasons I didn’t want to come to LA. Then I lived here for a while and I began to love Angelyne because she embodied all the bogus, false things that were so offensive to everybody outside of LA. And now I’ve come to a place where I’m sort of ambivalent.

MHS: She encompasses the world in her own weird, wrinkly, pink corvette way. I was just wondering in the course of writing if you found your personal narrative going a little sideways on you.

DLU: Yeah, definitely. I mean, these books—this one in particular—I had trouble with. It’s a short book, but it took me a long time to write. Parts of it, I’ve been working on one way or another for six or seven years. Part of the problem was trying to figure out what the narrative was. And it was really only in the last year and a half that I began to see where it was going, and that had to do with this idea of the city kind of folding back on itself, that the city had reached its geographic limits, that whole notion of sprawl and diffusion and chaos. I used to really love the notion of a city where we make order out of chaos. We embrace the chaos and that becomes the mechanism of the order. I still really like that idea, but I feel that’s starting to change. I had sort of operated from the premise LA is a city that never thought of its streets as public space. But then the more I thought about it, the more I read, and the more I was working on the book, I realized that LA had thought about its streets as public space and then had stopped thinking about its streets as public space, and now is returning to the idea. So it wasn’t that we were reinventing the city again, it was that we were kind of going back to an older model. And that means there’s another way in which history expresses itself. How these different generations or layers of LA talk to each other, I hadn’t really been thinking about that when I started. And that realization was huge in terms of changing the way I thought about the narrative of the book.

MHS: Right, and even your process.

DLU: It all folded back in on itself. I mean, the city is talking about putting a trolley back in downtown. I think that’s a great idea, but there was a trolley in downtown until they tore it out.

MHS: We thought the car was going to be awesome.

DLU: And it was for a while, until it stopped being awesome. So all that stuff is really interesting and I hadn’t been expecting that. That kind of layering I was not expecting at all. And so, what interests me is that point of intersection where the unique or exceptional nature of Los Angeles crosses with bigger urban movements. That in some ways, for me at least, deepens or broadens my appreciation of the city. And like Los Angeles, a lot of cities globally are going through that rediscovery or reinvention, so it echoes bigger movements or bigger themes, but it echoes them in its own particular way.

MHS: Right, yeah. And it’s not just a real estate venture, it’s a social and cultural and artistic movement too.

DLU: Yeah, absolutely. For me, one of the great, unexpected discoveries of moving here was how endlessly fascinating it was to write about. I never would have thought I’d spend 20 years writing about Los Angeles.

Mark Haskell Smith is the author of five novels and the nonfiction books Heart of Dankness and Naked at Lunch. His latest novel, Blown, is forthcoming in 2018 from Black Cat. 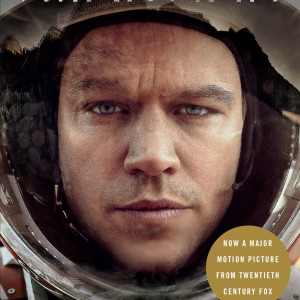 I guess I should explain how Mars missions work, for any layman who may be reading this. We got to Earth orbit the normal...
© LitHub
Back to top