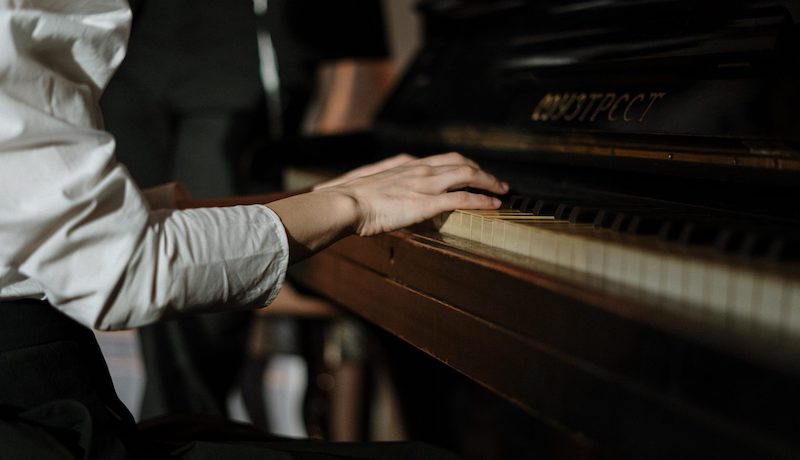 Emily Itami on How Music Prepared Her For the Writing Life

Everyone in our house is in tears, my son is telling me he wishes he had never been born and I’m fairly sure the neighbors are about to call social services. It’s our daily attempt at ten minutes (inevitably eventually reduced to about four) of piano practice. Why am I doing this? It’s particularly ironic given that my most feverish nightmares are about my mother standing behind me counting to four while beating the air with a ruler, while I remained totally mystified about why she kept starting again every time she got to four. Is it because I have to prove that I turned out so fantastically, and the only way to achieve this is to put my son through the same hell I went through? Is it some form of transferred Stockholm syndrome?

“I just really want him to get as much out of music as I have,” I weep to my husband, as he pats me sympathetically but, wise and seasoned man that he is, keeps totally silent, “I just want him to enjoy it, you know?” And everyone knows the best way to achieve enjoyment is through draconian, disciplinarian practice sessions and a commitment to the rigid uniformity of scales and arpeggios.

Music has given me so much. It has taught me so much about life, and, vitally for me, about writing life. My early piano recitals, for example, taught me that you must never, ever relax, or imagine that anything is going to be okay. I would be sitting there in my uncomfortable frilly dress and patent leather shoes, murdering some harmless sonata, and it looked like I was playing the piano, but really, I was undergoing a mental exercise in living in the moment, and not a single note ahead. Because it is written that the millisecond you think to yourself, “Well this isn’t going too badly, I only screwed up that vile allegro section a little and now I’m pretty sure it’s plain sailing to the end,” all the notes will fly out of your head and you will suddenly produce a chord like a discordant fart and have to slink off the stage in embarrassment. It’s like an incredibly stressful real-time crash course in the importance of mindfulness.

Similarly, in my experience, on the days when writing is going well and, like a fool, I let myself dream that this is it, I’ve hit my stride and from now on it’s going to be buzzing in my fingers and channelling creative energy forever, the rightful punishment is a week of not being able to remember what tense I’m meant to be writing in, and looking back at everything I’ve written so far and realizing that someone with concussion and a very rudimentary grasp of English would have done a much better job. For me, writing, like music, is putting yourself into a self-induced trance. You have to look the other way while it’s happening, definitely not forwards or backwards, and enjoy the ride each now at a time. It’s basically impossible.

My early piano recitals, for example, taught me that you must never, ever relax, or imagine that anything is going to be okay.

Playing the piano for the school assembly hymn also taught me something I will never forget: that things are invariably more complicated and more difficult when other people join in. This summarizes why I like this job where you sit alone in silence for hours at a time.

Music, like writing, is a complex spiritual teacher, and encourages one to embrace contradictions; the possibility that everyone might be watching, versus the likelihood that no one is. When I agreed to sing backing vocals for my friend’s band at a graduation ceremony, I figured nobody would really be paying attention and I could wing the co-ordinated side-stepping and improvise according to the mood of the moment. My gigantic miscalculation was clear when the lights went up on an audience of several hundred, whooping enthusiastically. From this experience, I learnt that it’s always best to over-prepare and expect the worst.

On the other hand, it’s highly likely that you put your heart, soul, blood, sweat and tears into a performance, or a piece of writing, and nobody pays the blindest bit of notice. At weddings, in bars and clubs, you can be giving it your all, having epiphanies and breakdowns, and the main event, obviously, is the people snogging on the dance floor and the two-for-one tequila cocktails the barman has just decided to flog. You can also torture yourself over something you’ve written, lose sleep and years of your life over it, and the possibility always exists that nobody will ever read it. It sounds kind of like a terrible joke—but only if the thing you made only matters in terms of other people’s reaction to it. If you loved the ride and had a blast, that’s already a pretty great return, right? Because who doesn’t love losing sleep and going grey and looking stupid in front of the barman?

Music, like writing, is a complex spiritual teacher, and encourages one to embrace contradictions; the possibility that everyone might be watching, versus the likelihood that no one is.

Vitally, music has taught me that nothing in life can ever be as embarrassing as being made to perform “Superbad” by James Brown with a bunch of strangers in front of an X Factor singing coach. That was day one of my music performance diploma, and the singing coach’s notes started, “I can’t actually believe this.” She didn’t mean it as a compliment, you’ll be surprised to hear. I couldn’t actually believe it either—I am as aware as anyone else that the only person on earth who can sing James Brown songs is, surprisingly, James Brown, but, unlike any of the other wise people on the singing diploma, turned up for the mandatory performance workshop because it said it was mandatory. So in eight minutes, I learnt how not to use my head voice, when it is beyond vital to quit being a complete swot and bunk off, and that hell is pretending to look relaxed while jigging on the spot in front of an incredulous audience. And every single time I’ve had to admit at a party or by a bar, that I’m a writer (or do I say ‘I write’? Which one sounds less pretentious?), to be met with the understanding smile people reserve for delusional people, I can remind myself that it’s not as embarrassing as James-Brown-gate. That is amazingly efficient for life lessons.

And of course, there’s no getting away from the fact that my tortured daily piano practice from when I was a child has transferred to an even more tortured daily practice with my laptop open in front of me now. I can’t be meant to be writing and not, I come out in hives and sweat and fail to sleep. My mother’s gift to me has been endless. And so, I extol to my son the joys of playing in orchestras and how cool he’ll be when he can join a band, and how he could learn to play songs by his favorite musicians, and he sits on his hands or sticks them over his ears. I’m not my mother’s daughter for nothing, and eventually, like squeezing blood out of a stone and to the sound of our neighbors grimacing and me developing stress-related heart-disease, piano practice is achieved. So that my son, too, may enjoy the nurturing delights and lyrical life lessons that music can give him, and one day in the future apply them to a profession that will bring him zen and joy. 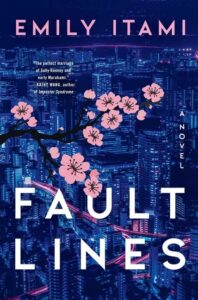 Emily Itami grew up in Tokyo and returned there to live when her children were young. She now lives in London. She has been published widely as a freelance journalist and travel writer. This is her first novel. 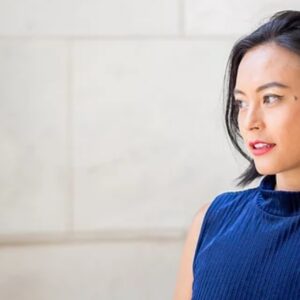 Anna Qu is the guest. Her new book, Made in China: A Memoir of Love and Labor, is out now from Catapult. From the episode: Anna...
© LitHub
Back to top
Loading Comments...