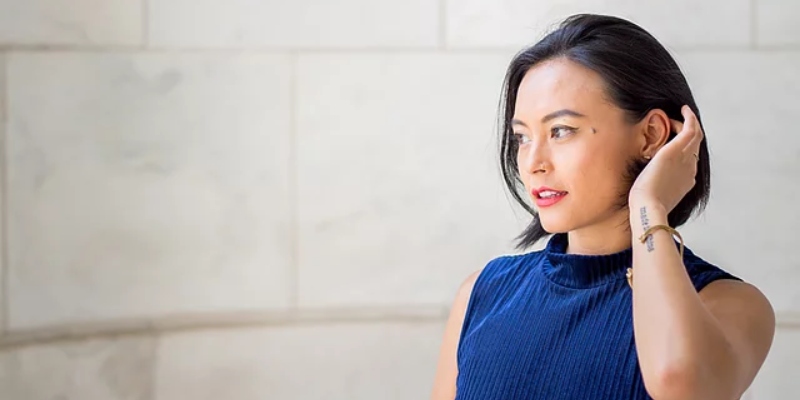 Anna Qu is the guest. Her new book, Made in China: A Memoir of Love and Labor, is out now from Catapult.

Anna Qu: I think I was trying to capture a couple of points. The first point is really arriving at a single moment of betrayal, and that betrayal was reporting my parents to the authorities when they put me to work in their sweatshop in Queens. And the second moment that really rose out of the book was when I wrote to Child Services in 2015. It was a really interesting moment because it was a very difficult moment. I had called Child Services when I was young and I thought they had helped me in all of these ways, and so I assumed my records would provide information on my case. But I didn’t think that their findings would be, quote unquote, unfounded. So I was really shocked to find that I had been left behind by the system. And it really made me rethink my childhood, rethink in terms of who I was going to for help, rethink the system in which I grew up and believed in. It was a really, really difficult time, especially after calling Child Services on your family. And I think everybody can relate to that—the betrayal and then having to face that betrayal when you go home.

Brad Listi: Your story is multifaceted.  You’re telling a lot of different stories and working with a lot of different themes. But just to make sure listeners understand the basics, this is a story about immigration. You were born in China and spent the first seven years of your life there, and then were brought over by your mother at age seven to Queens in New York. Can you talk a little bit about that process? Because it’s a very common one for people who are immigrating to the United States, for parents to precede their children in immigration. I’m a father, I have two kids—the thought of leaving my child behind for years at a time while I assimilate or try to get a foothold in a new country, it’s difficult to imagine. That would be extremely painful, but it happens all the time. And so for you, your mother preceded you over here to the United States. Your father passed away when you were a toddler, and you were raised by your grandparents in China for the first seven years of your life, correct?

AQ: Yes. So my father died when I had just turned one, and my mother didn’t know what to do. The only opportunity she had was to come to the United States. And she left me with my grandparents, which is very common. It’s many, many generations. During the late 1800s, wives couldn’t even come to the United States because of the laws that were in place in America. But it is common for immigrants to not only leave their kids at home, but sometimes those kids are born here and they’re sent back because they don’t have the support system to take care of them. And hopefully those kids will come back to the United States. It is a culture where a community raises your children. But what’s lost in that process is that connection between mother and child. And I’m not sure I ever had that with my mother. I didn’t really remember her. When I saw her, her voice sounded familiar, and it was a really strange experience. I remember it pretty vividly.

BL: So wait, you’re seven years old. You get on a plane. Are you with anybody or did your mother come and get you? I’m trying to remember the details.

AQ: Yeah. My mom came to the United States, was working in a sweatshop in Queens, ended up marrying the owner of that sweatshop, my stepfather, and they had two kids, and then she came back for me. I met her at the airport. My stepfather came too, but I guess she got off the plane first. She gave us a couple of minutes with her alone and then my stepfather came, which was also weird, but that’s how I remember it. And we stayed for maybe two days and then they took me and brought me to the United States, to Queens. And it was a huge adjustment. Not only had I forgotten anything and everything to do with my mother, but here was a father, and I had never had a father before. I didn’t understand my relationship to these little children. In Wenzhou, I only spoke when Wenzhounese with my grandparents, and my stepfather spoke Mandarin, and so I had to learn Mandarin before I learned English. And then because I was the oldest, I was also the first one to be in public school, and that was a huge, huge difficult assimilation time.

BL: And not only that, you’re saying goodbye to your grandparents who have raised you for the first seven years of your life. It’s like saying goodbye in effect to your parents.

AQ: Yes. And I never saw them again pretty much. My grandfather’s dead now, and my grandmother, I’ve been very, very fortunate, as you know—I won’t give the book away, but that’s one of the last scenes in the book. But it took that long to see my grandmother again. I think that’s less common, maybe. But it is common in the sense that she was in China, we were in the United States, and her mobility was not the same as it is for people with green cards on this end or people with American citizenship.

BL: And you dedicate the book to her, correct?

Anna Qu is a Chinese American writer. Her work has appeared in The Threepenny Review, Lumina, Kartika Review, Kweli Journal, Vol. 1 Brooklyn, and elsewhere. She holds an MFA from Sarah Lawrence College and lives in Brooklyn. Find out more at annaqu.com. 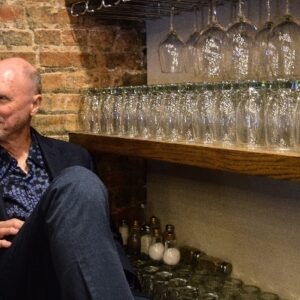