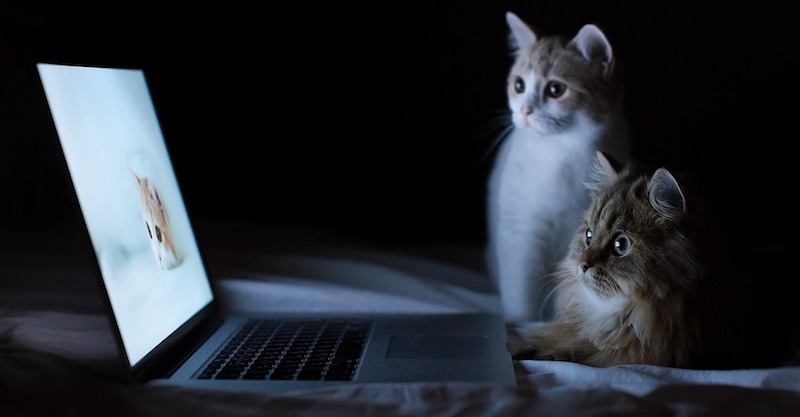 So You’ve Decided to Write: Take Advantage of Your Insomnia

Terry McDonell on the Importance of Taking Nighttime Notes

When writers who usually stay out late go to bed early they often wake in the middle of the night thinking about their work. The run of ideas can seem relentless and exhausting. This can be a problem if you don’t force yourself to make notes.

There is science related to this, with studies supporting a theory of creative insomnia. I have no problem correlating creativity with sleep disturbance, but for writers and editors I think the insomnia is a marker for ambition. They need to succeed so badly that all they can think about are ways to make their writing better or at least fuck over a rival or two.

It was both ways like that for me as an editor. I told myself that while timid rivals were seeing their lack of confidence blooming into futility in the glow of their digital alarms, I would get up and write something down, working simultaneously with the exhilaration of being too early and the fear of being too late. No wonder I couldn’t sleep.

If I woke at 3 am with a fresh thought about the top of a problematic story, it might lead me to a new layout or how that story fit into a package that hadn’t occurred to me, or a sidebar or a cover line or whatever. Maybe that troublesome piece was really a sidebar to another piece if I just cut it by two-thirds. When I was writing myself, new turns of phrase would come to me for my lede or kicker and, best of all, thinking about how the piece might be reorganized would lead to new story ideas. When I was working on my novel, my characters would only talk to me after midnight.

In my twenties, I kept a notepad on the night table, but that wasn’t as good as getting up and going to the typewriter or, by the mid-80s, the computer. (Only now, with an iPhone, do I write in bed.) In the beginning my notes sometimes went unread, but they cemented this or that idea in my head as I wrote them down. I tried to work in complete sentences. Rank writers by audience, best sellers and income is more valuable the next morning than novel power list. But lists were also good, especially of calls to make. I never made lists like that during the day, when it would not occur to me to stop what I was doing and cold-call Robert Stone to ask him to write for Rolling Stone. But he got on my list one night when I woke up thinking about how much I liked the New American Review and remembered that my favorite story in all of the issues had been his “Porque No Tiene, Porque Le Falta” and that for the title he had used lyrics from “La Cucaracha” about not being able to get anywhere without marijuana . . . And that’s how I met Bob Stone.

“They need to succeed so badly that all they can think about are ways to make their writing better or at least fuck over a rival or two.”

Civilians don’t think writers and editors work very hard when in fact they are working all the time just by thinking about their work. This is no problem for highly motivated and ambitious people although ambitions vary. Some want the fame and power that comes with writing bestsellers or editing a prestigious title. The money that can come with that, and the freedom to do what you want with it is another driver. So is knowledge. The one thing I am sure of is that ambition and creativity do not always go together, or we would have more interesting literary magazines and much better journalism.

Some editors have egos bigger, even, than those of their star writers. You would think the most confident editors would have the biggest egos but they are usually the most reflective and accessible. They also keep the most complicated appointment calendars but are usually on time. The same goes for the most productive writers. The most effective media executives are like this too, but that doesn’t mean editors are media executives or that media executives can write. That I am aware of all this does not mean it keeps me up at night.

What I care about is the writing itself. I am speaking now not as a writer but as an editor. I am not afflicted by any sense of being disrespected that for many writers is related to their suspicion that nobody is reading them. They said that that was what kept them awake at night. My job was to be encouraging, to keep them working. I suggested they try taking advantage of their insomnia. I said the middle of the night was a fertile time for thinking about difficult work. Get up and make notes! Many said they already had a similar routine but would rather just get some rest. Not me. 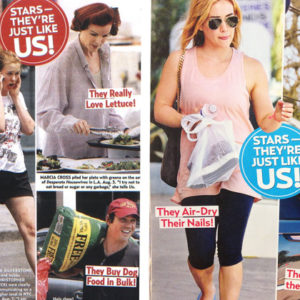 Is it more embarrassing to be a celebrity or to be around one? On the one hand, a friend of mine once farted in an elevator...
© LitHub
Back to top
Loading Comments...