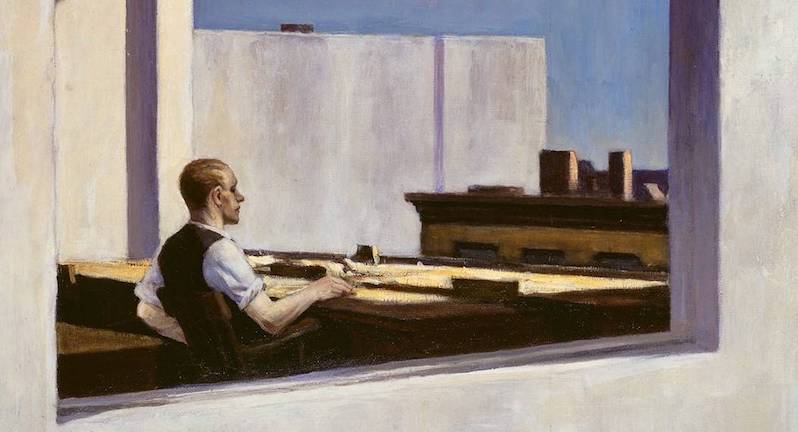 So, Is Daydreaming
Good For Us?

Hopefully it hasn’t happened to you while reading this book, but you are probably familiar with the phenomenon of suddenly catching yourself daydreaming while reading. Your eyes travel back and forth across the text, but the information is not being processed. Instead, you are thinking about the vacation you have planned or the argument that you thankfully managed to resolve yesterday. Before you know it, you have reached the bottom of the page, but you have no idea what you have just read. Daydreaming doesn’t usually start at the beginning of a chapter but more likely halfway through (maybe even when you started this paragraph), when you begin to get tired. But don’t worry, you are not alone.

Daydreaming is taken very seriously within scientific circles, where it is more accurately referred to as mind wandering. The level of interest in this area runs more or less parallel to that of the default network, and that is no coincidence either. The neural activity that can be observed when a person is daydreaming is very similar to that found in the default network. The control situation when taking neural measurements is also one in which the brain is not performing any tasks, and so we start daydreaming. We let our thoughts run free and start associating different memories with each other.

When we are daydreaming, memories that we thought were lost forever can come to the surface again, or you may suddenly find yourself realizing that you have forgotten someone’s birthday.

The American philosopher and psychologist William James once famously described our thoughts as a stream of consciousness that flows in every direction, a stream that is sometimes very strong and at other times weak. When we are daydreaming, memories that we thought were lost forever can come to the surface again, or you may suddenly find yourself realizing that you have forgotten someone’s birthday—exactly the kinds of things that don’t happen when you are concentrating hard on your work. And just like the default network cannot be active while we are performing a task, neither are we able to daydream and do something complicated at the same time.

Daydreaming is always there waiting to pounce on us when we least expect it. A boring lecture or meeting, or a loss of attention due to fatigue can send you spinning off into daydream land. When I am giving a lecture, I sometimes find it difficult to tell which students are daydreaming and which are not, apart from the ones who are staring out the window, of course. There are a number of functions that are associated with daydreaming: making plans for the future, feeling empathy, and reflecting on your role in a particular social context. Daydreaming is thinking about yourself in a carefree manner or considering the long-term consequences of an incident and then suddenly realizing that you have missed an appointment.

We actually spend a lot of our waking hours daydreaming. Scientists at Harvard have developed an app that can be used to ask test subjects what they are doing at any given moment during the day. The technique is called experience sampling. In experiments, test subjects were also asked whether they felt happy at that particular moment. The scientists are still collecting additional data, but a whopping 2,250 people took part in the first study, so they have already compiled a massive amount—approximately 250,000 measurements. (By the way, you can download the app here.)

The study showed that the participants spent 47 percent of their day daydreaming instead of working on the task they were supposed to be carrying out. When the test subjects indicated that they were thinking of something other than their intended task, they were asked whether they were thinking happy, neutral, or unpleasant thoughts.

Later on, when the article was published in Science magazine, the headline, surprisingly enough, was, “A Wandering Mind Is an Unhappy Mind.” The participants indicated that they were a lot unhappier when they were daydreaming than when they were performing a certain activity. Their thoughts while daydreaming were not, for the most part, the happy kinds of thoughts that we would normally associate with daydreaming. It appears that although you are likely to have happy thoughts when walking on a beach and watching the sun go down, this tends to be the exception rather than the rule.

These results have interesting consequences for people who, in their pursuit of the perfect life, believe that never having to work a single day again would make them very happy. Although this is very much open to interpretation (happiness is a relative concept and one that is difficult to measure, and the sample taken was not entirely representative of the population as a whole), it is quite possible that we are a lot happier when we are fully immersed in our work than when we are daydreaming. This idea can also be found in many forms of relaxation therapy in which people are advised to focus on the activity currently occupying their mind (so that you can “be in the moment”), and the above study is often cited in support of such techniques. As the scientists themselves so succinctly concluded, “A human mind is a wandering mind, and a wandering mind is an unhappy mind.”

It is quite possible that we are a lot happier when we are fully immersed in our work than when we are daydreaming.

An additional and unexpected discovery during the study was that test subjects reported feeling very happy when making love and that they almost never daydreamed when doing so, which makes this study all the more remarkable, given that the test subjects would have had to pass this information on via their smartphone while they were busy between the sheets—all in the name of science, of course.

There are significant differences between individuals when it comes to how much time we spend daydreaming. We  are all familiar with the image of a child staring out of a classroom window into the distance. You may even be a dreamer yourself. Based on what you now know about the benefits of concentration, you will not be surprised to hear that daydreaming can have a negative effect on your ability to perform a specific task. However, it may come as a surprise that, on average, people who are inclined to daydream a lot have a lower working memory capacity and score worse in IQ tests. That said, we must remember that we are talking about a correlation here and it does not necessarily mean that daydreaming leads to a lower level of intelligence, although there is a strong relationship between the two. And that is not surprising—you need a good working memory to be able to maintain your concentration, after all.

Given the fact that you suppress your default network when you are concentrating, this automatically means that your default network becomes activated again when you suffer a lapse in concentration, and then you start daydreaming. You could say that daydreaming is actually concentration gone wrong, and daydreaming can make you less aware of your surroundings too, which can be very dangerous when you are driving a car. This diminished awareness of your surroundings is known as perceptual decoupling, meaning that your sensory perception gets cut off from the outside world.

In another excellent daydreaming experiment, test subjects were asked at random moments while performing a task whether their attention was actually focused on the task or whether their mind was somewhere else entirely. Not only did the results show that the periods of reduced attention were also the periods during which the most mistakes were made, but they also offered a possible route out of the daydreaming maze: the prospect of a reward. When test subjects knew that they would be given a reward if their performance was good, not only did their performance improve, but they were also less inclined to daydream. So the next time you want to concentrate intensively on your work and avoid daydreaming, you could try promising yourself a reward. 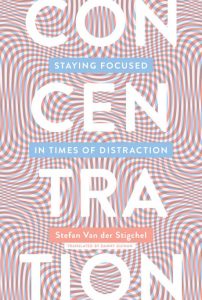 Excerpt from Concentration: Staying Focused in Times of Distraction by Stefan Van der Stigchel © 2020 MIT, published in English by The MIT Press. Originally published in 2018 by Maven Publishing, Amsterdam, The Netherlands

Stefan Van der Stigchel is Professor of Cognitive Psychology at Utrecht University and the author of How Attention Works: Finding Your Way in a World Full of Distraction (MIT Press). 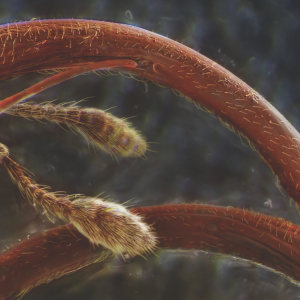 Photographer Daniel Kaliko found out long ago that his most interesting subjects could be found right in his home; he began...
© LitHub
Back to top
Loading Comments...