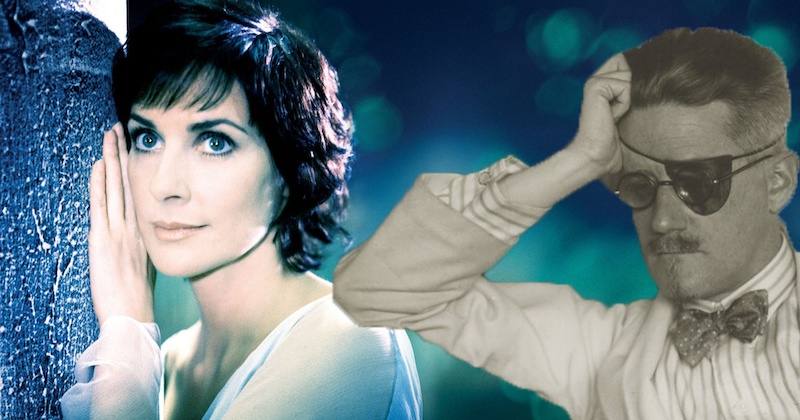 Should Dublin Airport be renamed after James Joyce or Enya?

That’s (kind of) the question being debated back in my homeland today as the country continues to celebrate the 100-year anniversary of the publication of Ulysses, unabashed fart-enthusiast James Joyce’s modernist magnum opus about one man’s odyssey through Dublin on an ordinary day in 1904.

Jim O’Callaghan, the Irish politician who raised the issue in the Dáil (Irish parliament) earlier this week, said that the novel was a remarkable literary achievement and that the Irish state should be doing a lot more to preserve and promote Joyce’s legacy:

“You travel around the world, you go to Charles de Gaulle airport in Paris, you go to John F Kennedy airport in New York. Why don’t we call Dublin Airport, James Joyce International Airport? It would give a real indication of the appreciation and the value we place on a literary figure.”

More importantly, though, there’s not really a shortage of stuff named after big Jimmy J in his hometown. There’s the James Joyce Bridge, the James Joyce statue, the James Joyce Library, the James Joyce Center, the James Joyce Tower and Museum. Then you’ve got the Museum of Literature Ireland (branded MoLI in homage to Molly Bloom) with its permanent Joyce collection, Davy Byrne’s pub (featured in Ulysses and a pilgrimage point for fans of the novel), Sweny’s Pharmacy (a volunteer-run, Victorian-era chemist and Joyce museum where you can read aloud a page from Ulysses and buy a bar of lemon soap, just as Leopold Bloom did in the novel), and, of course, the mighty Bloomsday festival, which grows in scale and good-natured pomposity with each passing year.

Suffice to say, Joyce’s legacy seems pretty secure, at least for the time being, and perhaps we should consider naming the airport after one of Ireland’s less heralded literary or historical figures. 16th century pirate Queen Grace O’Malley for instance. Or firebrand trade union leader Jim Larkin. Or Enya. I’m just spitballing here. Personally, I’m in favor of a (mandatory) public vote. Take the decision out of the hands of craven, Brand Ireland™-flogging Irish politicians and give it back to the Irish people. If they decide to name the building Pierce Brosnan International Airport or Larry Mullen Jr. International Airport or Airport McAirportface International Airport, well then so be it.

Having said all that, I will admit that there is something delightful about the idea of naming the main airport of a nation with a long and tortured history of emigration after a man who, like many of his creative contemporaries, got out of Ireland as soon as he possibly could.

To wit, this intriguing proposal from the writer Mark O’Connell: