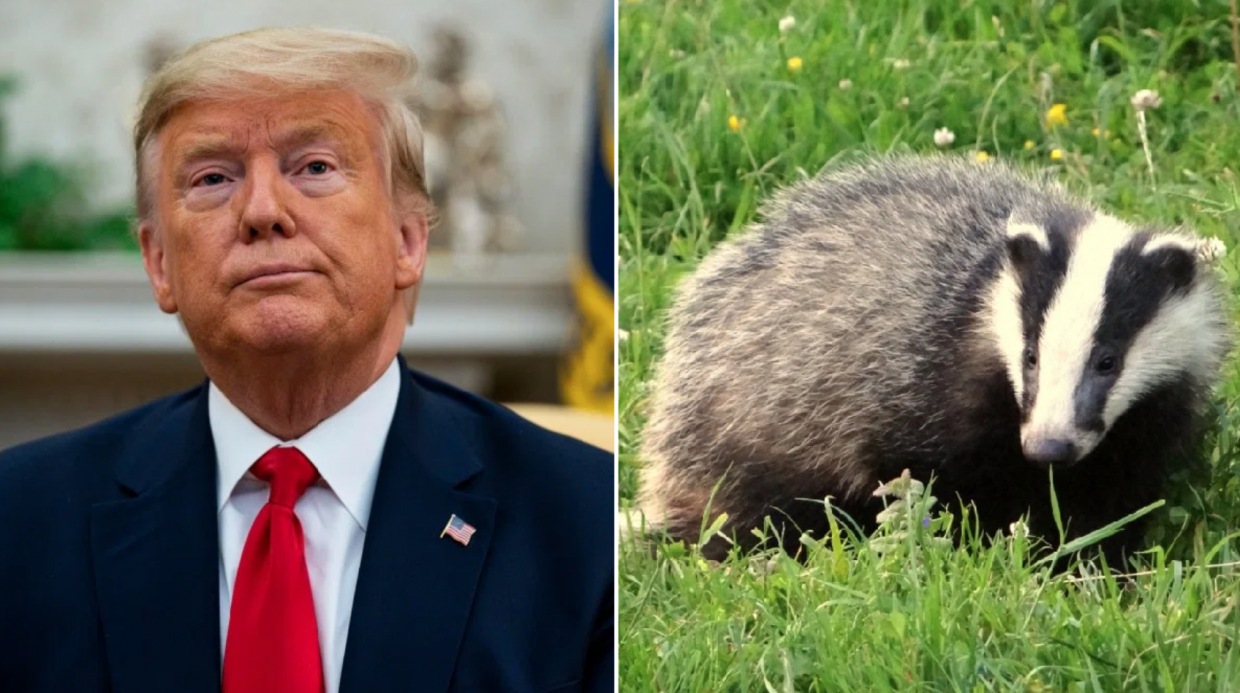 Well this is weird: our vain and demented grifter president is obsessed with badgers. According to The Guardian, details are emerging from Lachlan Markay and Asawin Suebsaeng’s new book—Sinking in the Swamp: How Trump’s Minions and Misfits Poisoned Washington—that Donald Trump is even more like an irritating seven-year-old than we could’ve imagined, repeatedly asking non-sequitur and thoroughly unhelpful questions about fucking badgers.

According to Trump’s first chief of staff, Reince Priebus (himself named for a legendary badger king), the president would ask things like, “Are they mean? Are they friendly creatures?” and wanted Priebus to explain “how the critters function and behave, what kind of food they like, and how aggressive or deadly they could be when presented with perceived existential threats.” Actually, that’s less like a seven-year-old (who can learn facts and recite them) and more like a five-year-old who won’t stop asking questions.

All of this would happen during crucial briefings on health care or foreign policy, and nobody could quite figure out why (Priebus is from Wisconsin, the badger state, but is not, as far as I know, an expert on badgers). Is Trump looking for a sigil? Having the longest, slowest stroke in history? Or perhaps he’s a huge fan of Cynan Jones!