Or, Why All Author Bios Should Include Likes and Dislikes

Everyone knows that Shirley Jackson was a witch. The power of her writing alone would suggest it. After all, it would not be surprising to discover that a little black magic helped create the best opening paragraph of all time. But there are also the rumors that she actually practiced witchcraft—rumors that she sometimes stoked with reporters and sometimes complained about in letters to her parents. The biographical note on her debut novel, The Road Through the Wall (1948), did not quash said rumors.

According to Ruth Franklin in her biography of Jackson, as The Road Through the Wall was being prepared for print, the debut author was “flummoxed” by her publisher’s request for a paragraph of biographical information. After several drafts, some more witchy than others, her husband, Stanley Edgar Hyman, wound up filling out the form for her. This is what he ultimately sent to Farrar, Straus, about his wife:

She plays the guitar and sings five hundred folk songs . . . as well as playing the piano and the zither. She also paints, draws, embroiders, makes things out of seashells, plays chess, and takes care of the house and children, cooking, cleaning, laundry, etc. She believes no artist was ever ruined by housework (or helped by it either). She is an authority on witchcraft and magic, has a remarkable private library of works in English on the subject, and is perhaps the only contemporary writer who is a practicing amateur witch, specializing in small-scale black magic and fortune-telling with a Tarot deck. . . . She is passionately addicted to cats, and at the moment has six, all coal black. . . . She reads prodigiously, almost entirely fiction, and has just about exhausted the English novel. . . . Her favorite period is the eighteenth century, her favorite novelists are Fanny Burney, Samuel Richardson, and Jane Austen. She does not much like the sort of neurotic modern fiction she herself writes, the Joyce and Kafka schools, and in fact except for a few sports like Forster and [Sylvia Townsend] Warner, does not really like any fiction since Thackeray. She wishes she could write things as leisurely and placid as Richardson’s, but doesn’t think she ever will. She likes to believe that this is the world’s fault, not her own.

This is an extremely charming summation that makes me want to read Fanny Burney. Of course, here is what made it onto Jackson’s bio on the inside flap of the first edition of her debut novel:

Shirley Jackson, we are reliably informed, is perhaps the only contemporary writer who is a practicing amateur witch, specializing in small-scale black magic and fortune telling with a tarot deck. Although the tarot deck has proved an inspiration for no less a figure than T. S. Eliot, a better index to Shirley Jackson’s work is that she is a successful short story writer (in The New Yorker, Mademoiselle, The American Mercury, The Yale Review, and others) and the mother of a boy and a girl, which may account for her penetrating pictures of children in The Road Through the Wall.

As Franklin points out, this is a particularly odd note to strike on a first book that is not particularly spooky or supernatural, and indeed is generally described as semi-autobiographical. If you ask me, I’d have Hyman’s full list of Jackson’s likes and dislikes on all of the flaps of her books from now on. In lieu of that, I’ll just copy them all down.

5 Reasons a Writer Should Move to... Tucson

The Wind in the Willows Isn't Really a Children's Book 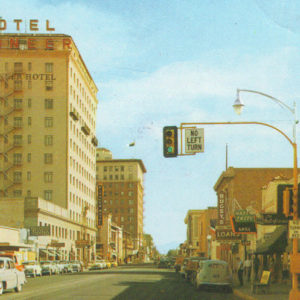 5 Reasons a Writer Should Move to... Tucson

For most, Arizona evokes images of the Grand Canyon and perhaps the desert sprawl of Phoenix, but one of the state’s real...
© LitHub
Back to top