Episode 5: The Author of Later Talks to Maris Kreizman

Maris Kreizman speaks with Paul Lisicky about Later, his coming-of-age story set in Provincetown, MA in the time of the AIDS crisis. The book explores how a community kept itself lifted and thriving when the next day wasn’t always guaranteed: an idea that is exceedingly topical, in a way that Lisicky could have never predicted. Lisicky’s favorite bookstore in Provincetown is East End Books; please purchase his book there if you live close by, or from your local bookstore!

Maris Kreizman: Welcome to Sheltering. I’m so delighted to have my neighbor Paul Lisicky as my guest today. Paul, please introduce yourself and tell us how you’re doing.

Paul Lisicky: I’m Paul Lisicky. Hi, everyone. I’m the writer of six books; Later is my sixth book. It’s a story of coming of age in Provincetown, Massachusetts. at a time in the early nineties when Provincetown was a haven and refuge for people with HIV and AIDS. It’s also a story of how a community kept itself lifted and thriving when the next day wasn’t guaranteed. The question of ongoingness was in the air very palpably every day. I teach in the MFA program at Rutgers University-Camden. This is the first time we’re doing remote learning; my two classes are underway.

Maris: Great. How has that been, remote learning?

Paul: Well, no one has responded yet. (laughs) I’m not worried yet. I spent two or three hours yesterday afternoon writing long instructions to my students. I wanted the instructions to seem warm, but it also occurred to me that I couldn’t be too chatty because important information gets lost in chattiness or voluminousness. So, it’s going to be six weeks of on-the-spotness. For the first two weeks, we’re trying online learning the old-fashioned way; we’re not doing Zoom or Webex or any of those things.

Maris: Got it. Wait, so what are you using?

Paul: Rutgers uses a software called Sakai, which is like Canvas or Blackboard, one of those university-based communication tools. I’m essentially giving people things to read and then posing some questions, and their project is just to answer the questions. This might be so much more work than what we do in the spontaneous realm of a classroom, but we’ll see.

Paul: Yeah. And you know, as dreadful as this time is, we’re alert, and there’s a lot to learn from alertness. Innovation’s really interesting to me. We wouldn’t have even done this or talked like this a week ago, right? That’s incredible.

Maris: Speaking of, tell me about—you were able to have a digital book launch at Books Are Magic.

Paul: It turned out there were 77 people at one time who had signed in, and people were writing or tuning in from as far away as Singapore, so that was really incredible. Aside from this, I have two other virtual, remote events this week, and as many as four in the coming weeks. I had felt pretty desolate, which might be a melodramatic word—

Paul: —about cancellations. It’s only two weeks ago when they started coming down, and it wasn’t like anyone said your book tour is cancelled, but they came one by one. When Books Are Magic was cancelled or postponed, I felt such a sinking feeling. I feel some optimism about at least the life of this book and presenting it to others in these strange times. The optimism is on the heels of huge disappointment, months and months of preparation.

Maris: Were you planning a stop in Provincetown?

Paul: Yes. That wasn’t scheduled until April 25th, and now I’m going to do it for that bookstore—the live stream is 5 p.m. on Friday.

Maris: What’s the bookstore called there?

Maris: Tell me about the literary community in “the Town” now. Have you heard how they’re coping?

Paul: I follow a couple of the fellows on Instagram, and I know that at the Fine Arts Work Center, all of the readings and art openings are just restricted to the fellows, so they’re not open to the outside community. I know that just be painful and disappointing on a number of levels. I know Provincetown went into a shelter in place mode as of last night, and that’s a big deal in that place. I know there’s some pretty deep concern about people from cities going up to their second homes. This is a story we’ve heard all over, because Cape Cod doesn’t have adequate health facilities to care for the sick. The fear is that locals—people who stick it out through the winter—are going to be suffering. But I understand the impulse.

Maris: Of course, of course. We’re in Brooklyn, and we’d love to escape.

Paul: I know! The idea of the parks being closed down really unsettles me at this point. I understand the concern.

Maris: Paul, how are you coping with the idea that your book is timely?

Paul: It’s odd because I’ve always thought of my work as being out of sync with the topical. I’ve always written about emergency; I’ve always written about life and death. My books come out at a time when people don’t usually know how to process them. I could never have predicted that the book in this moment would line up like this. The odd thing about right now is that it changes every day. Ten days ago feels like a year ago. We’re so in it and on top of tit that we can’t see. I hope at least the book gives readers some company. I hope readers find something useful in it.

Maris: It’s definitely one of those, “Well, if you can’t get away, you can at least read about it.”

Paul: Exactly. It’s about being transported to a haven, and how many of us would want to experience another place’s textures and sights and all of the senses that we associate with places we love?

Maris: Tell me what you’ve been doing aside from teaching. Are you reading? Are you messing around?

Paul: Weirdly, I haven’t had very much free time because I’ve been still doing lots of interviews. I’m getting letters from people already about the book that are quite long, and I just want to make sure that I take them in and respect them and respond in a way that feels present. I’m also, like a lot of people, connecting with people I haven’t connected with in so long. My good pal Elizabeth and I have communicated through email for years, long beautiful emails, but it’s so much different to see—through whatever vehicle, I guess Zoom; sounds like a paid advertisement—but to see her husband, whom I adore, her children, who are my own family, that’s a lot of fun. I’ve been FaceTiming with my friend Holly in Provincetown and her dog, Petey. I’m sort of Petey’s either best friend or boyfriend or substitute father, and he’s involved in our Zoom sessions. There hasn’t been a dead minute yet.

Maris: Amazing. I’ve been looking at a lot people’s babies and dogs over Zoom.

Paul: I know, and I’m so excited to see babies of dogs. Signs of life other than our own lives. I stand at the window sometimes just waiting for dogwalkers to go by.

Maris: How about quarantine snacks? What are you eating?

Paul: It’s kind of boring. I ate grape nuts for breakfast, which I haven’t eaten since childhood. Lots of pasta, Amy’s soups. I made rice and beans the other night, which I haven’t done in years, and I’d forgotten how delicious it is. I honestly have to get more creative because I’m one of those people, like many people in New York, who are so used to going out. I did do takeout a couple of nights ago, but it’s just because I want to support my community. I feel deep responsibility to those people and their lives. The prospect of losing those businesses breaks my heart.

Maris: It’s really devastating to walk around the neighborhood and not know which businesses will be able to reopen.

Paul: I know, yeah. It’s impossible not to scan everything with that question. It’s intense. It’s like we’re experiencing our city on a completely different level. All of these businesses and bars and restaurants and coffee places, which we’ve taken for granted and are part of the texture of our everyday lives. I don’t want any of them to go.

Maris: One more question. Is there a question that you wished you had been asked at your book launch, if it had been in person, that you haven’t been asked yet, that I can ask you now?

Paul: That’s such a good question, and I fear that I am a little bit stumped.

Maris: That’s quite all right.

Paul: I don’t want to be stumped! I don’t like it. I have to learn to sit with being stumped. I’ll probably think of something, Maris, as soon as we get off.

Maris: I’ll ask you something that I wanted to ask anyway. It’s in the copy for your book, it’s not even a thing I had to find, about the idea of a utopia becoming a dystopia. That was regarding Provincetown, but now… [gestures].

Paul: It would be simplistic and inaccurate to think of New York as a utopia given all of its problems, but a lot of us are here because the world is here, and because we sit on the subway beside people from all over the world, and I treasure that. It feeds my spirit. That’s the one thing that I really miss about having to stay inside, that sense of being in comfortable anonymity with strangers who are out and about doing their work and trying to survive. I’m always in awe of that. I love riding the subway for that reason, just to be physically close to people, and for those occasional moments when there’s eye contact or shared humor passed on an animal level from person to person. I don’t even have words for how lovely that is. I want that world back.

Maris: I hope we get it back soon. 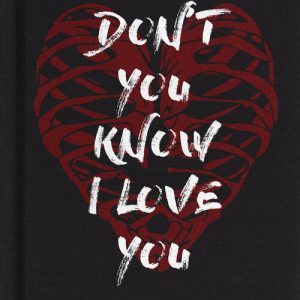 When Angelina felt her bone snap, she thought of home. She was driving down Sixteenth Street, that narrow road bridging Silver...
© LitHub
Back to top