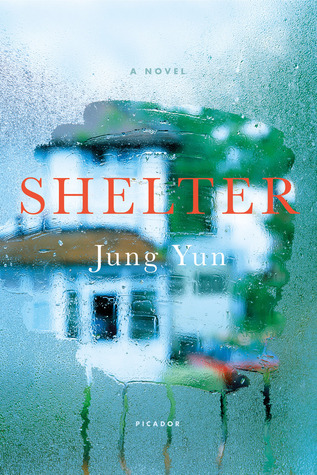 Afterward, he goes downstairs, polishing and vacuuming every surface, attacking one room before moving on to the next. By the time Gillian and Ethan return from the store, everything gleams and smells of soap and bleach. At first, she doesn’t notice the difference. She’s too busy unloading the groceries—twelve full bags that she piles on the countertop. The sight of so much food would usually worry him, but she did exactly what he’d asked—fill the refrigerator with things that his father might eat. Gillian removes the receipt from her purse and gently lays it on the table. When she leaves the room, he picks up the snakelike coil of paper and follows the trail of numbers all the way down to the end. The groceries cost $238, which she charged to one of their credit cards. Kyung tries not to think about it. This is something for another day.

His parents are tidy people, his father in particular, so Kyung wants everything—his house, his family, himself—to look just right. He shaves with a razor instead of his usual electric, and irons a clean button-down shirt and slacks. Gillian brings him two sundresses, holding them up on their hangers as if she wants him to vote. It’s rare for her to do this—usually, she’s the one who picks out their clothes—so he appreciates the gesture. She understands how important this is to him. He hesitates to tell her that neither outfit is quite correct. The white one is strapless; the red one, too red. Perhaps she could find something else, something more conservative? he asks. She nods and kisses him on the cheek, placing her hand on his chest. She seems sad for him when she feels his heartbeat, which is racing even though he’s standing still.

They leave the house looking like they’re headed to a photo studio—mother, father, and child all dressed up for their family portrait. Kyung suggests not wearing seat belts because they’ll wrinkle their clothes. Gillian looks at him like he’s crazy. Before she has a chance to tell him so, he says she’s right, she’s right. No need to get carried away. His cheeks burn as he reaches for his belt and inserts the clip into the buckle. Thirty-six years old, and he’s still behaving like a child, trying so hard to please someone whose standards have always been too high. Kyung glances at the clock on the dashboard to confirm what he already knows. Since Ethan was born, they’re never on time for anything. The doctor said he was planning to release Jin at three. It’s almost three now. He passes two cars and runs a yellow light, gunning his engine, which sounds like a rocket hurtling into space.

Gillian braces herself against the armrest and door. “We can’t pick him up from the hospital if we’re dead,” she says lightly.

This is her way of telling him she feels unsafe. She wants to nag without sounding like one.

She looks out her window. “Go ahead, then.”

Kyung runs through the list of things that Gillian should and shouldn’t do in front of his father: Never interrupt. Serve the men first. Always place one hand under the other wrist when giving something to an elder. Don’t talk about money. Disci- pline the boy in private. . . . He pauses, wondering if he left something out.

“Attend to him,” she says. “Offer to refill his drink and clear his plate before he has to ask.”

The list is a strange combination of precaution and tradition, things that usually help a visit go well. He accepts it, begrudgingly, as a necessary form of insurance. Like most Koreans of a certain age, his father has no filter. When Jin sees something he doesn’t like, something he doesn’t consider respectful, he’s quick to comment on it, which gets under Kyung’s skin and stays there for days. It’s better to be vigilant and give him nothing to criticize. Gillian is almost always good-natured about playing her part, despite the fact that the list dictates how a Korean wife is expected to behave. There aren’t any rules or expectations for the Irish. His parents assume she knows nothing and seem pleasantly surprised when she does. Over time, she’s earned their favor this way. Kyung would stop short of saying they like her, but they no longer actively dislike her, which is more than he could have hoped for in the beginning.

“I’m sorry if this is annoying you. I’m just nervous, that’s all.” “But you’re acting like I’m the only reason you and your parents get into it so often. You have your own list of things to worry about.”

At the hospital, the visitors’ lot is full, so Kyung leaves the car in an emergency lane and runs inside, jangling all the coins and keys in his pockets. His father and Reverend Sung are sitting in the waiting room together. Of course, he thinks. The reverend is here again. The nurses probably assume he’s a relative.

Jin is hunched over in a chair, wearing a thin white T-shirt, baggy drawstring pants, and a pair of slippers—all hospital issue. He seems tired and irritated. The bruises on his face look worse than they did the day before. They’re Technicolor now. Purple and blue, yellow and red.

“Have you been waiting long?” Kyung asks.

“No,” the reverend says. “He signed his discharge papers a few minutes ago. I’ve just been telling him about the arrangement we discussed last night.”

Jin looks up, his expression curious. Kyung tries his best to smile. The reverend does too, although their conversation the night before was hardly cordial. The reverend called to tell him that Mae and Jin would be his guests at the parsonage after their release. Kyung said absolutely not. They belonged at home with him, with family. He was startled by the speed and force with which he responded, the lack of hesitation, but he meant what he said. He no longer trusted his parents’ care to anyone but himself.

“Your house is too small,” Jin says.

“We have the guest room all ready for you.”

Kyung expected this reaction. In many ways, he deserves it. Brick by brick, he’s built a wall around his life, trying to preserve his family and home as his alone. He helps out his parents when asked and visits when invited, but not too often, and never as much as he should. It’s the most he’s willing to do, the absolute minimum he can get away with and still be considered a son.

“If you don’t have enough space, it really wouldn’t be any trouble for Jin and Mae to stay with us.”

Kyung ignores the reverend. They’ve settled this already. “Ethan and Gillian are in the car waiting.” He mentions Ethan first, aware that time with his grandson motivates Jin in a way that other things don’t.

“All right, then. Let’s go.” Jin gets up stiffly and shuffles toward the exit. Empty wheelchairs line both sides of the corridor, but Jin doesn’t ask for help, and Kyung knows better than to offer.

Outside, a meter maid is walking away from his car, shaking her head at the audacity of his parking job, angled into a lane clearly marked for ambulances. Gillian lifts and lowers her shoulders as if to say she tried. Kyung pockets the ticket as he opens the passenger door. Something about the height or angle of the seat makes Jin flinch and cover his ribs with his free hand. Suddenly, Kyung sees his father curled up on the kitchen floor—knees up, head down—while Dell kicks him in the chest. He closes his eyes, trying to turn the image into something different, something blank.

Through the open window, Jin and the reverend say their good-byes.

From SHELTER. Used with permission of Picador. Copyright © 2016 by Jung Yun. 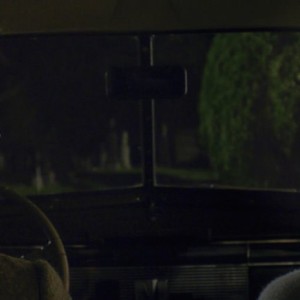 From Page to Screen: Roxane Gay Headed to Hollywood! Welcome to Literary Hub’s weekly column about all things adaptation. Every Friday—the day films are released in Hollywood...
© LitHub
Back to top