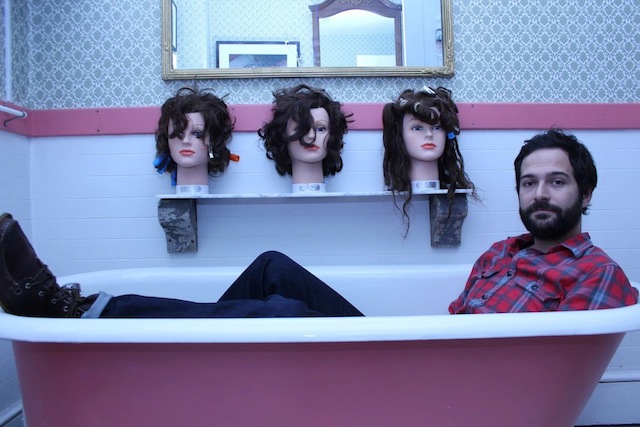 Shane Jones is the guest. His latest novel, Vincent and Alice and Alice, is available from Tyrant Books, and is the official August pick of The Nervous Breakdown Book Club. This is Shane’s second time on the program. He first appeared in Episode 301 on August 6, 2014.

Jones’ other books include the novels Light Boxes, Daniel Fights a Hurricane, and Crystal Eaters. He lives in Albany, New York.

Shane Jones: I read somewhere—and I’m not sure if something tweeted about a three-act structure or something—but I replied with “I don’t even know what a three-act structure is.” I did research it, in how things are supposed to move in three acts. Vincent and Alice and Alice does have a very specific three acts, as far as Vincent’s background, the set up with him going through the training, the reveal of the perversion of Alice, and the big conclusion of getting rid of Alice and Alice coming back. It does mock that.

One book I kept looking at was Fight Club. The book always seemed mainstream to me—and the movie gets more credit—but the book is short and fast, it’s really accessible, and the voice is very strong. I don’t necessarily like Fight Club, but the book was helpful in ways to write in a more mainstream style. Pulling back on some of the language and fantasy stuff, I would try to edit myself a bit.

Brad Listi: What about the premise of the book? It is a strong premise, and it feels Spike Jonze-y or Charlie Kaufmann-y. It’s psychologically and emotionally astute, and it has this sci-fi element. What was the origin story of how it came to you, and how did you build the world?

Jones: Eternal Sunshine of the Spotless Mind is an influence. I would look at clips of that as I was writing. That was a mainstream movie, but it was also artsy and strange. That was something I wanted to do. The conceptual piece of it came about because I’ve been wanting to write an office novel since 2012.

Listi: Isn’t it amazing that you can work on something for such a long time, hundreds and hundreds of pages, and the only thing that comes of it is one page or a few pages that provide a kernel for an entirely different project?

Jones: Yeah. This was the first time that happened, but since 2014 I wrote a bunch of other stuff that just wasn’t going anywhere. I was able to pull a couple paragraphs, that was the most interesting thing out of all that writing. The rest of it was just trash. There is a bridge to get to the next project, and you have to get over the bridge no matter how difficult and troubling it is.

On the Failure of Language Around Women's Chronic Mental Illness 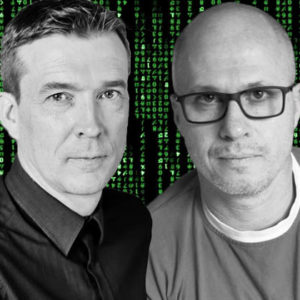 Welcome back to the 90s. (And, I guess, the early 2000s.) As Variety reports, there is officially a fourth Matrix film in the works,...
© LitHub
Back to top