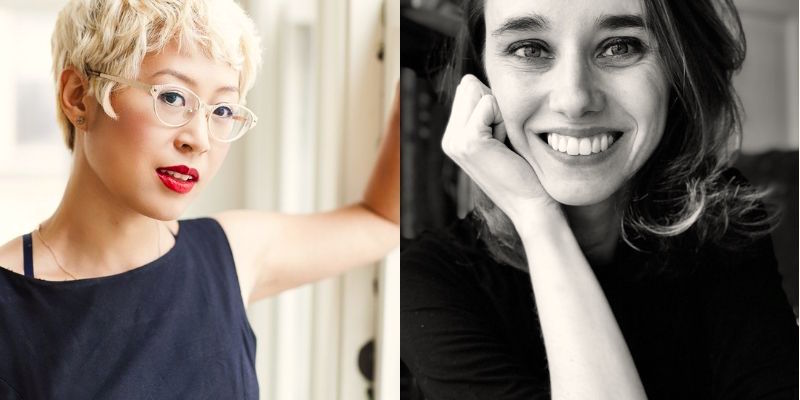 On the Failure of Language Around Women’s Chronic Mental Illness

For August, Reading Women‘s Kendra Winchester and Sachi Argabright are discussing books about chronic illness and mental health. This week Kendra and Sachi talk about two books, Ask Me About My Uterus: A Quest to Make Doctors Believe in Women’s Pain by Abby Norman and The Collected Schizophrenias by Esmé Weijun Wang.

Both authors explore the connection between physical and mental health as well as the language around mental illness, and the treatment of people with a physical or mental disability.

Kendra Winchester: Our first discussion pick is Ask Me About My Uterus by Abby Norman. And this is out from Nation Books. And this first came out, I believe, last year. And most people who have endometriosis, which is what this book is primarily about, are women. But also, men have it. So I think that’s important to starting off this conversation.

Abby Norman starts this book while she’s in college when she first starts getting really sick, and she eventually discovers that she has endometriosis. And on average, I think actually it takes several different doctors for someone to diagnose with endometriosis. So she actually is very fortunate in discovering it so early in her process. But doctors really didn’t take it seriously. And so she basically had to be her own advocate and research endometriosis and basically walk into a doctor’s office, hand him her research, and say, I think I need this procedure.

Sachi Argabright: The level of self advocacy that she had to go through . . . like, I could not believe how much research she had to do to get the proper care she needed. She says that she benefited from the fact that she worked in a hospital and started learning more of the shorthand and jargon. And that way she was able to get her point across a little more clearly or clearly from a doctor’s sense of how they usually speak. And she had more access to research materials at her hospital. But she pretty much needed to become a medical professional to get her point across to say, I need this done, and supply me with the right amount of care that I need, which is just completely baffling to me.

KW: And she really just struggled. And you know a huge part of it is the fact that she was emancipated from her parents at like 16.

KW: And so she didn’t have familial support in her chronic illness. And honestly, I’ve always had a family member who was my caregiver. So I cannot imagine how difficult it was for her and just feeling alone. It’s just heartbreaking to hear her struggle just to do everyday things and not have anyone there for her.

SA: And I feel like, too, with her having to go and seek so many different medical professionals and get a second opinion, third opinion, or whatever on how she was feeling and trying to explain this amount of pain . . . Like, every time she goes to a new doctor or anything, and they are trying to file her paperwork, she’s like reliving the fact that she’s been emancipated from her parents and no one believes her. They’re like, Well, no, we still need to talk to your parents. And she’s like, No no. I’m legally emancipated. I can make these decisions for myself. And they’re like, No, we’re still going to try to call and all this. It was something that terrified her. For people to potentially reach back out to her family. It’s something that was traumatic and something that again people don’t believe her. That was just very shocking and unsettling as well.

KW: That was incredibly heartbreaking. And then she will flashback in the middle of the book. She talks about her mom’s struggle with an eating disorder and how that affected her as a person. And when your parent also has an illness, that affects you and the way that you see the world and the way your relationship you know, in her case it was her relationship with food and vomiting. And when you have endometriosis, you throw up a lot!

KW: It’s just bringing all of that back. It’s almost like any time she talks to a new doctor, and he even you know as an adult, anytime she starts dating, she worries like, Are they going to freak out that this is my life? Every, every aspect of her life is affected by this. So going to showers, or people spontaneously saying, Hey! This weekend we should meet up! And you’re like, well, actually no. Because my period is due at any time. And then I will be dying. And I will not be able to go see you. But how do you say that without hurting someone’s feelings, you know?

SA: Right. And explaining it’s not because I don’t want to see you. It’s because I’m literally going to be in immense pain that is immobilizing. I feel like because there isn’t a lot of awareness or even just like accommodations for these issues, there isn’t a lot of ways and this goes back to the language. How do you explain that when people don’t even know what endometriosis is? And know how debilitating it can be. Society is just not very accommodating.

“You would never say to someone, ‘She is cancer.’ There is a difference between how we talk about mental and physical illnesses.”

KW: And one of the things that was really moving and just heartbreaking at the same time is that when she first has a surgery, she does not plan on having children. So she’s like, Dude, take out whatever you need to. Just get rid of it. I don’t care. But he didn’t believe her, and he didn’t take out everything he probably should have to help her the most. And she was so upset, but they would be like, No, you might change your mind. And it’s like, having women have babies is still the priority. Even when women are in such pain and tell them, I do not want this.

SA: Right. And I think it’s mentioned a couple times because, like you mentioned, she found out about this early on. I think it was when she was 19, I believe? Like in the very early part of her collegiate career. They’re just like, Well, you’re young, and it could change. And you might want kids eventually. And it’s like, No! I’m going through this immense amount of pain and discomfort. Can you just listen to me?

KW: In The Collected Schizophrenias by Esmé Weijun Wang, Esmé talks about how the change of the definition of her illness changed her perspective of herself and how she viewed herself and what it’s like to have all of these able-bodied, able-minded people be the gatekeepers for your disease. I think oftentimes when we talk about mental illness, we don’t think about the patient’s perspective very much, which is unfortunate.

SA: So to give our listeners background who might not know a person-first language is . . . Normally when we discuss individuals with mental illness, people tend to lump the disease and the affected person together. So as a patient, that individual feels like they become their diagnosis rather than someone who is diagnosed with that illness. So the example that Esmé puts in the book, which I thought was very helpful for me, was that sometimes it’s referred, for instance, when you’re talking about bipolar disease, someone will say, Oh yes, she is bipolar rather than, She has bipolar disorder.

And she contrasts with other diseases—let’s take cancer, for instance, because cancer is very more commonly known—she says you would never tell or say to someone, “Oh, she is cancer.” You would say, “She has cancer.” So there is a difference between how we talk about mental illness versus some physical illnesses.

KW: Yeah. And I think, you know, we’ve had in literature specifically this whole thing of the mad woman in the attic and locking them away. And she talks a little bit about the history of that and just knowing that if you were born at a different time that you would be locked away somewhere and how that feels.

SA: So going into that stigma of the woman in the attic and people getting locked away, out of sight, out of mind. I didn’t realize that there were different consequences of when someone admits themselves and to being hospitalized or institutionalized versus if they are forced. She talks about, in her experience, that it’s infinitely harder to get out if you don’t admit yourself into that care. And there were instances where she would be having an episode, and she would have to tell her loved ones, No, don’t take me to the hospital. Don’t have them forcibly admit me in. Because there could be a chance that I could never leave. Some of the firsthand accounts of what she experienced were also very eye-opening and a little bit haunting. Just something that I never really realized is that there is a difference and that the experience can be very traumatizing for people.

KW: And that was a very difficult essay to read. Just reading what that was like, and the fact that she was in a hospital for her illness and was not allowed to leave . . . She was basically a prisoner. And when you’re in a hospital, you don’t have a lot of your own human dignity. Kind of, rights are taken away. And you don’t have the freedom to feel like you are in charge of your own body. Not only is your mind doing things you would rather it not. But also where you are physically is not in your control. 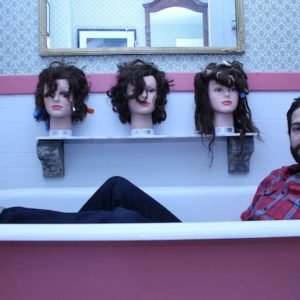 Shane Jones is the guest. His latest novel, Vincent and Alice and Alice, is available from Tyrant Books, and is the official...
© LitHub
Back to top