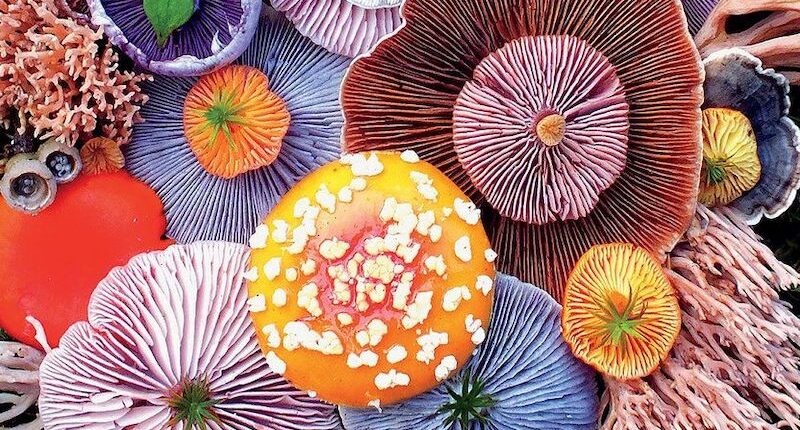 I missed them again this year.
I was immersed elsewhere
when the weather broke
and enough rain came.

In the treeshade, stealthily,
they nosed up through the sandy loam
and the damp leaf litter—

a sliver of colour, then another—
bringing their cryptic news
of what goes on down there:
the slow dissolve of lignum,
the filaments, the little nodes like fists,
assembling their nets and mists.

Some were bright red, some purple,
some brown, some white, some lemon yellow.
Through the night they nudged,
unfurling like moist fans, living sponges,
like radar dishes, listening.

What did they hear in our human world
of so-called light and air?
What word did they send back down
before they withered?
Was it Beware?

Look. The remnants:
a leathery globe of dusty spores,
a nibbled pebbly moon,
a dried half-sphere,
a blackened ear. 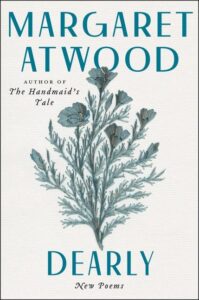 From Dearly by Margaret Atwood. Copyright © 2020 by O. W. Toad Ltd. Excerpted by permission of Ecco, an imprint of HarperCollins Publishers.

Margaret Atwood, whose work has been published in more than forty-five countries, is the author of more than fifty books of fiction, poetry, critical essays, and graphic novels. In addition to The Handmaid’s Tale, now an award-winning TV series, her novels include Cat’s Eye, short-listed for the 1989 Booker Prize; Alias Grace, which won the Giller Prize in Canada and the Premio Mondello in Italy; The Blind Assassin, winner of the 2000 Booker Prize; The MaddAddam Trilogy; The Heart Goes Last; and Hag-Seed. She is the recipient of numerous awards, including the Peace Prize of the German Book Trade, the Franz Kafka International Literary Prize, the PEN Center USA Lifetime Achievement Award, and the Los Angeles Times Innovator’s Award. In 2019 she was made a member of the Order of the Companions of Honour in Great Britain for services to literature and her novel The Testaments won the Booker Prize and was longlisted for The Giller Prize. She lives in Toronto.
Share: 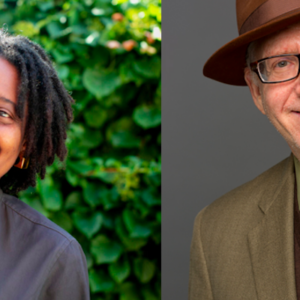