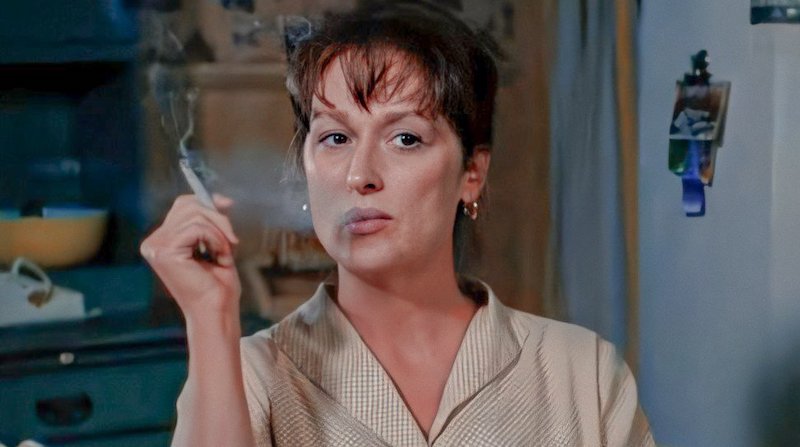 I was 24 when I began writing Sankofa.  I had just started a PhD but apart from this very grown-up undertaking, my preoccupations were adolescent. I wanted my acne to disappear. I wanted my crush to like me back and I wanted a more color coordinated Instagram feed.

Anna Graham, my protagonist, was 48. I needed her to be 48 for very prosaic, mathematical reasons. The novel has two timelines. There’s the timeline from the late 60s, when Anna’s father come to London, gets involved in African student politics and has an affair with Anna’s mother. Then there’s the timeline in the near present day, when Anna discovers his diary. For the maths to work, Anna needed to be in her late 40s and so I settled on 48.

I don’t know who told me that by 48, a woman should have her entire life figured out but it’s certainly something I believed at 24. I believed that by the time I’d travelled round the sun another 24 times, I would know completely who I was, what I liked and where I was going. I would be settled and secure. I would never again worry what anyone thought about me.

And yet, once I started writing in Anna’s voice, her story began to move in a different direction. She was neither settled nor secure. Her mother had just died, she was separated from a cheating husband and her adult daughter was struggling with an eating disorder. It is the magic of the first-person narrative. Sometimes, instead leading a character down a storyline, they take you by the hand and say, “No, you follow me.” To fully understand this woman called Anna that was emerging, I needed to find the voices of women of a similar age. Easier for a camel to pass through the eye of a needle.

I don’t know who told me that by 48, a woman should have her entire life figured out but it’s certainly something I believed at 24.

There’s a lot of television these days, a lot of radio, a lot of film, a lot of editorial, a lot of podcast, a lot of social media, but still, there’s not a lot of content with a 48-year-old woman at the center. Below are a few things I noted once I began looking for older women.

Shopping with my 61-year old mother, I noticed the models for the first time. My mother favors a particular type of fashion brand with a predictable range of styles: low heels, longer hemlines, classic cuts. The clientele was around my mother’s age but the models in the store windows were almost exclusively in their 20s or 30s.

Browsing magazine stalls, I saw that 35 was old for a cover girl. On television, you might see a woman over forty reading the news, but she was often sitting down with her lower half hidden by a large table. If you could see a woman’s legs on TV, she was probably under 40.

And then I discovered Woman’s Hour, a program on BBC Radio 4. It was created in 1946 by a man (Norman Collins) and first presented by another man (Alan Ivimey) but perhaps someone at the broadcaster realized the irony. By the time I discovered the program in 2015, it had been presented for over two decades by Jenni Murray, a seasoned interviewer and host.

The show ran for 45 minutes and included interviews, panel discussions and debates about all things women. Most importantly for my research, the show regularly featured women in their 40s, 50s, 60s, and 70s. And I don’t mean Dame Helen Mirren or Meryl Streep. Normal women. Everyday women. Grey-haired women without Oscars.

The stories told on the program were curiously unvarnished. There wasn’t any drive to tell a story of “female empowerment.” Narratives arcs were not tweaked to end with, “and that’s how I conquered all.” One episode in particular stayed with me. The featured woman had gone through the menopause. As a result of hormonal changes, she had put on weight and no longer felt attractive to her husband. At the close of the feature, she concluded, she didn’t like her new body but she wasn’t going to try and lose weight. The end.

The stories told on the program were curiously unvarnished. There wasn’t any drive to tell a story of “female empowerment.”

Here was a woman’s life that hadn’t been cosmetically altered and co-opted into any narrative of “progress,” depending on what the values of the time defined as “progress.” If this was a 90s romcom, she would have lost weight. If this was a film made now, she would have learnt to accept her body at its current size. But she did neither and life continued without the issue resolved neatly with a bow.

There was a persistent note that ran under all the stories I heard on Women’s Hour. It was like the bassline in a song, not always noticeable at first, but it held all the music together. I heard this note in the story of the woman who began again at 50, the woman who changed her life at 60, the woman who still felt discontent at 70 and so moved halfway across the world. The note was insistent, persistent, almost shrill, if you were listening with the wrong pair of ears. The note said we are here. We won’t be ignored. We won’t be side-lined. We won’t be patronized. We won’t be airbrushed. Our stories matter, even when they’re not sensational. Our stories matter, even when they’re not inspirational. No-one else may give us room to speak but for these 45 precious radio minutes, we want you to hear, loud and clear, that we are here.

I tried to channel some of this complexity when I was writing Anna’s character. She changes her mind. She is strong, she is weak, she shows courage, she is petty. She makes reckless decisions. She makes smart decisions. She is naïve. She is shrewd. She is unlikeable. She’s sympathetic. She is a person.

I turned 30 this year and 48 doesn’t seem so far away anymore. I’m not on TikTok. I don’t qualify for those “under 30” lists anymore. My younger cousin calls me “old.” It will not be long now before I have to take up that persistent bass note in my own defense. I am here. Hear it loud and clear, I am here. 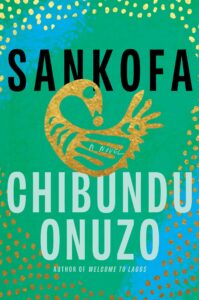 Sankofa by Chibundu Onuzo is available now from Catapult.

Chibundu Onuzo was born in Lagos, Nigeria and lives in London. A Fellow of the Royal Society of Literature and regular contributor to The Guardian, she is the winner of a Betty Trask Award, has been shortlisted for the Dylan Thomas Prize, the Commonwealth Book Prize, and the RSL Encore Award, and has been longlisted for the Desmond Elliott Prize and Etisalat Literature Prize. The author of Welcome to Lagos, Sankofa is her third novel.

WATCH: Bill Fitzhugh on Finding Satire in the Serious 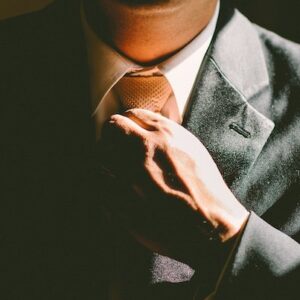 How do rank, power, status, and physical health fit together? How can we be sure that those factors are the cause of biological...
© LitHub
Back to top
Loading Comments...