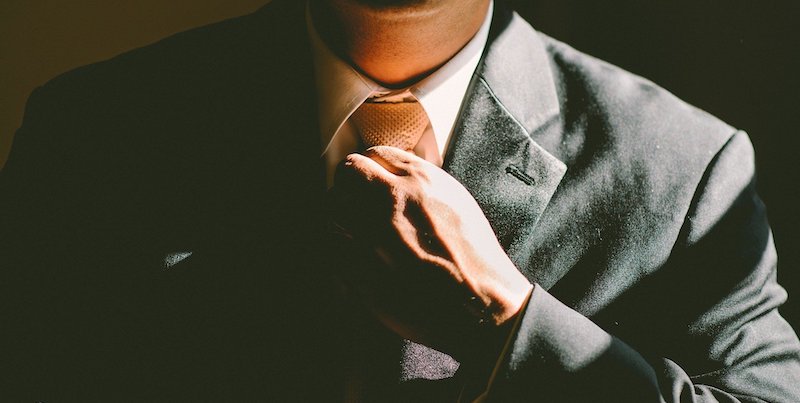 Brian Klaas on What the Research Says

How do rank, power, status, and physical health fit together? How can we be sure that those factors are the cause of biological changes in our physical well-being rather than coincidence?

Those are two of the questions that Professor Sir Michael Marmot of University College London has dedicated much of his life to answering. In most observational studies (studies that look at data from the real world rather than through a carefully controlled experiment in a lab), it’s difficult to disentangle cause and effect. If you just compared, say, CEOs to custodians, you’d certainly find big differences in health outcomes. But the two groups have so many other differences that any relationships you found between status and health could’ve been caused by hundreds of different variables: education, childhood experience, nutrition, you name it. It would be impossible to show that status, or climbing the hierarchy, had altered anyone’s biology.

In 1985, Marmot decided to test those hypotheses. He launched the Whitehall II Study to examine health inequalities, with a special emphasis on hierarchy and status. Whitehall is the name of a road in the Westminster area of London, where many of the British government’s offices are located. The study set out to track 10,308 British civil servants over their careers in government. Because the comparisons were being made between people in the same profession and often among people who started at the same rank, Marmot could neutralize a lot of the other confounding variables that might get in the way of figuring out which effects were caused by rank and hierarchy and which weren’t. It compared apples to apples much more than previous studies.

Moreover, because the same people were being measured over time, Marmot was able to see how relative status changes affected health in the same individuals. “At the entry to the study,” Marmot tells me, “you take people of a certain seniority level and look at the trajectory of that cohort. Where would the average be for that group ten years later? And then you look at whether those people were above or below that average—in other words, had they done better than the average or worse?” With that method, Marmot’s team could track a group of people who entered the civil service at the same time, even at the same rank, and then see how their health outcomes diverged over time in relation to their promotions. Plus, because the band of civil service salaries is narrower than what you get in the private sector, money wouldn’t be as much of a factor. Participants were surveyed initially in 1985, and every two to five years ever since.

It turns out that there’s quite a big gap between what we often call stress and what actually stresses our bodies in harmful ways.

In the data, Marmot discovered a crude but clear relationship: the higher up the hierarchy you climbed, the lower your mortality. Marmot calls this the Status Syndrome. Those in the lowest strata who stayed there had triple the mortality of those who ascended to the higher echelons of power. This was, at first glance, perplexing, because it went against the assumed relationship between higher-stress jobs and health. “People said, ‘Well, stress can’t be important,’” Marmot tells me. “Surely high grades are under more stress than low grades—you know, if you’ve got deadlines and ministers calling on you all the time. And I thought, ‘Yeah, higher-ranked people are under more stress.’” But Marmot got a stroke of insight when he began looking at questions that focused less on rank and more on control—the ability to shape events in the workplace. “I realized it’s not just the pressure,” Marmot says. “It’s the combination of high demand and low control. And I realized: that explains everything in our data.”

The more Marmot and his team of researchers sliced and diced the data, the clearer this relationship was. People who faced immense pressure at work (what Marmot calls demand) were fine so long as they also felt a high degree of control. But for people who felt under a lot of pressure and didn’t feel that they were in the driver’s seat (or able to at least move the steering wheel from time to time), their health outcomes were much worse. We don’t need to be dictators, but we do need to feel that we have a say over decisions within our professional lives.

Marmot had found that the conventional wisdom—that more power would cause bad health outcomes because of added stress—is wrong. The reason it’s wrong, however, is surprising. It turns out that there’s quite a big gap between what we often call stress and what actually stresses our bodies in harmful ways.

Stanford biologist Robert Sapolsky has found—in studying both baboons and humans—that stress is a crucial tool in survival. When our bodies are functioning properly, stress causes a series of biological changes that help us. Again, let’s think back to our Stone Age ancestors. Say you’re out for your morning walk, hoping to do a bit of hunting and a dash of gathering before breakfast, when, suddenly, a saber-toothed tiger comes over a ridge and bares its fangs in your general direction. Both you and the tiger have a stress-induced reaction. The body pauses its normal digestion, redirecting energy from producing long-term fat stores and injecting it into the bloodstream right away. This makes sense. You and the tiger are both going to need extra energy for what’s about to happen. Because digestion is paused, saliva production slows (which, as Sapolsky notes, explains why we get dry mouth when we’re nervous).

Long-term processes that are necessary for good health, such as growth and tissue repair, are put on hold, too. This is a welcome bit of bodily triage, since you might not have any tissues left to repair if the saber-toothed tiger catches you. The hypothalamus simultaneously tells the pituitary glands to spring to action. The sympathetic nervous system kicks into high gear, releasing hormones that raise your heart rate and blood pressure. Adrenaline floods into your bloodstream. If everything works the right way, it gives you a better chance at survival. We know this in colloquial terms as the fight-or-flight response.* Stress is designed to help save us.

But just as so much else in our modern lives has diverged from our Stone Age evolutionary design, so, too, has the stress response. Anyone who fears public speaking and has gotten in front of a crowd to deliver an address has felt something similar to what our ancestors felt in the presence of a predator—a classic stress response. It’s perfectly normal and isn’t usually a big deal. But the problem, as both Marmot and Sapolsky argue, is that our fight-or-flight stress response has, in some workplaces or lifestyles, become a chronic condition rather than a short-term emergency one. The grind of certain jobs, rather than an exceptional break-the-glass moment in the face of a deadly predator, puts us into stress mode. What should only be acute stress is now, for too many of us, routine.

One reason why this relationship is so difficult to understand is because modern society uses the word stress to refer to things that are intense, but not biologically stressful. Plenty of high-powered jobs are intense (or have “high demand” as Marmot would say) but aren’t stressful because we enjoy them immensely and are able to shape their outcomes (by having “high control”). The CEO who is watching his or her start-up take off might say that their meteoric rise is “stressful” when it’s not remotely stressful in physiological terms. It’s exhilarating and wonderful. Intense, hard work doesn’t inhibit normal health processes the same ways that biological stress does. Because we conflate the two in our daily speech, we often misattribute to stress what is actually passion or intensity.

According to Marmot’s research, however, you do get a harmful biological stress response if you hold a low-status position. But the same effect also exists for high-status positions that combine high demand with low control. A mistreated custodian is always likely to face adverse health consequences from lack of control, but a CEO can, too, in certain circumstances. So how does this manifest in the real world? Unfortunately (even though it would make good reality TV) we can’t answer that question with experiments that permanently swap CEOs and custodians to see what happens. 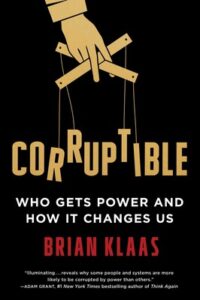 Excerpted from Corruptible: Who Gets Power and How It Changes Us by Brian Klaas. Excerpted with the permission of Scribner, a Division of Simon & Schuster, Inc. Copyright © 2021 by Brian Klaas.

Brian Klaas grew up in Minnesota, earned his DPhil at Oxford, and is now a professor of global politics at University College London. He is also a weekly columnist for The Washington Post, host of the award-winning Power Corrupts podcast, and frequent guest on national television. Klaas has conducted field research across the globe, interviewing despots, CEOs, torture victims, dissidents, cult leaders, criminals, and everyday power abusers. He has also advised major politicians and organizations including NATO, the European Union, and Amnesty International. You can find him at BrianPKlaas.com and on Twitter @brianklaas. 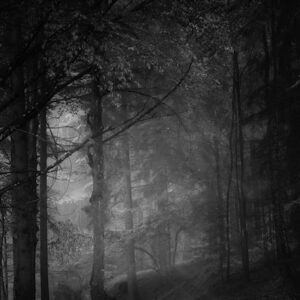 Christopher and Drew hang out and chat about books, which is to be expected. Having just celebrated Halloween, they get into...
© LitHub
Back to top
Loading Comments...