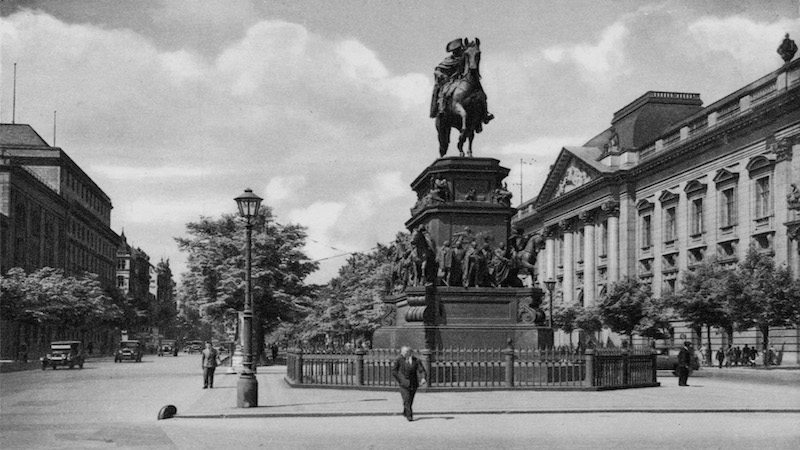 On Turning My Great Uncle's Diary into a Twitter Feed

It was a quiet day this past August when I found the diary. I was back in Chapel Hill. I hadn’t been home in almost a year. Though I was happy to see my parents, the occasion wasn’t a joyous one. My paternal grandfather, the last of my grandparents, had just died. The family gathered at my dad’s house. Mostly, we told stories. We talked about the times Dad would drop me off at Papa’s, in the evenings when Dad had to pick up night shifts. We talked about how Papa would weave the fairytales from his childhood with his experiences in the Korean War into peculiarly American tall tales. We talked about camping trips, and grilling, and Papa’s attempts to shed his European roots. We talked about the cross-country road trips and Papa trying to hide his accent in his oddly intimate chats with California gas station clerks. “Born and raised in North Carolina,” he’d tell them. And we remembered how, despite all this, he’d insist that his kids and grandkids learn German. We talked about the full life he lived and how grateful we were for everything he’d given us.

When the stories dried up and we were satisfied, we talked about what he’d left behind. It wasn’t much. In his last years, after my grandmother died, he sold the house and moved into an assisted living facility. The rooms there were small and he wasn’t allowed to take much with him. So, after the garage sales and the hectoring phone calls where he insisted that we take what he had, he managed to pare down a lifetime’s worth of possessions to just a few. He took his most comfortable clothes, his favorite chair, and a suitcase to hold his memories. In his will, he left the chair to his best friend at the old folks’ home. By the time I got home, my dad had already given the clothes to Goodwill. All we had left was the ragged old suitcase of photographs and documents.

My dad had waited to open it until we were all there. After the memorial dinner, he unzipped it on the dinner table and we went through it together. Some of the pictures were familiar: my dad on the beach as a little kid, my grandmother cooking on Thanksgiving, their old Chevy parked on a cliff’s edge. These were the memories Papa would share on those long nights at his house, when I was small. There were letters between my grandparents, filled with the stories of their lives, written in strained but passionate English. Beneath all that there were a couple books.

At the top was an old account book, but just beneath it was an ancient looking tome. It was a cloth hardcover, about as long as Papa’s old How to Win Friends and Influence People. The binding was faded and frayed. The spine was loose. Maybe, long ago, it had been a fresh charcoal color, but, in the intervening years, it had turned gray. I fished it out and flipped through, delicately, noticing a loose page here and there. It was in German and it looked like a diary. The entries, written in a loose, sprawling script, ranged from mid-1932 to the end of 1933. After the last one, the final hundred or so pages were left blank. I asked my dad if I could have it. He said sure, but that he’d like it back someday. The night ended with a toast to history and to family.

Slowly, over the last couple of months, I’ve come to know this man and to see the poetry in his life.

When I got back to my house in Athens, Georgia, I opened the book. My German is decent, learned in school and bolstered by Papa’s gentle chiding, but I read slowly and there was no way I’d get through it in one go. Instead, I decided, I’d start at the beginning and one day at a time, one entry at a time, I could work my way through my family’s history. It was a challenge added to my morning routine, something to pair with my first cup of coffee. Every day, before biking to work, I’d read the foreign words, forging a connection with my family’s past.

Initially, I thought this might be my Papa’s diary, but I very quickly realized the dates didn’t line up. Papa was 15 when he left for America after World War Two. He was old enough—and American enough—to enlist by the time the Korean War rolled around. The first entry, from September 1932, was written only a couple years after he was born. I called my dad and asked whose diary he thought it might be. He said Papa had a much older brother, but he’d never said too much about him. Papa had certainly never mentioned him to me. He used to talk about growing up in Germany, up north, “a stone’s throw from the Pollacks,” he would always say. He talked about his mother and his odd, sickly grandmother, about the troubles the war brought, but he never mentioned a brother. I guess I’ll never know why. And yet, through all those years, he’d held onto this diary, a document of turbulent times in Germany and a trace of a brother he never really forgot.

As I bagged groceries at work, I thought about what I read. It wasn’t so different from my own life. I spend forty hours a week watching ingredients that I can barely afford slide down a conveyor belt. My great-uncle spent his days selling luggage to people who must have traveled the world, while he stayed in Berlin. He handled bags, it seems, of all shapes and sizes. The most variety I get is the occasional customer with their own bag. Just like me, he got pushed around by his bosses. On a September Tuesday he wrote, “had to buy Oskar cigarettes. When would he buy them if not today? Why am I, now a perfectly good sales clerk, buying other people cigarettes? Why Turkish?” He found happiness on his weekends. On a particularly eventful Saturday, he wrote, “Incredible day at Luna Park. Saw the fighting ladies. I bet Otto the blond would win. Otto won 5 marks off me. Still beautiful, and sunny, until it rained. Rode the roller coaster. Saw the wave.” And just like the occasional Trump bumper sticker catches my eye in the parking lot, the events of the day intruded on his life. One Monday, he wrote, “Woke particularly early. Endless clambering outside, combined with that old smell from the sink. Fumbled my way past these early morning marchers and got to work. Four happy bags today.” Seems like he never let it get him down. Instead, he focused on the little victories at work, always counting how many bags he’d sold.

In those first days, I called up my dad every morning and read him quick translations. It’d been a long time since we talked this regularly. After a couple days of calls, he asked if I’d like to put these up somewhere, maybe post them on Facebook for the rest of the family to see. I realized that the first date in the diary, September 4th, was about to line up with my calendar. The entries were short, as if they were private drafts of tweets. So I set up a Twitter account, @berlin_diary, and waited.

That morning, I translated the first entry: “Sunday 4/9/32: Beautiful day today. I think the chimp takes my lice. Went for a long walk under some linden trees and found the crisp smell of a new autumn. Meat for dinner. A quiet sense of happiness.” I hadn’t noticed the beauty of his language and outlook until I translated it. Before, I was just reading for the sense of it. “I think the chimp takes my lice,” tripped me up at first. My dad told me recently that it reminded him of the old Berlin slang Papa would slip into while teaching him German, but it wasn’t something I thought to ask about while I was translating. Instead, I decided that when I didn’t understand something, I’d keep it as a literal translation. I felt it was more important to pass on my great-uncle’s thoughts, to keep his words alive, than to distort his language for the sake of easy comprehension. I did make some concessions, though. I am who I am, I live now and not then, and I write in the lingo of our time. So, he ends up sounding a bit like a guy his age today, a guy not all that much younger than me. There’s a sort of accuracy to that too, I think. I sat back, hit “tweet” and just like that my family history began to enter the public conversation. It wasn’t long after that that people began to like my great-uncle’s diary entries.

Slowly, over the last couple of months, I’ve come to know this man and to see the poetry in his life. I’ve kept an eye out for mentions of my Papa, the baby brother up north, but I haven’t found them yet. The most fun I’ve had with it is in seeing this dramatic period of history come alive. Relaying these entries to Twitter brought my family’s history to life, and in doing so, made me realize how little people really change. It’s easy to discount the past as something completely alien, to think we’ve changed in some radical way, but there’s an immediacy to this history, and that feels powerful. Everyday, I’m discovering this other life, diving into this time, and finding my roots.

Jeffrey Koenig lives in Athens, Georgia. His Twitter is @berlin_diary.

The Aesthetics of the Dictator 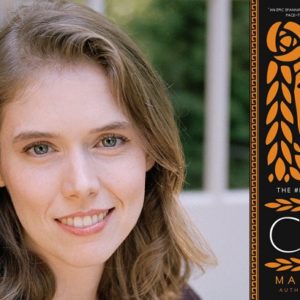 In this live episode of the Fiction/Non/Fiction podcast, recorded at the 2018 Miami Book Fair, novelist Madeline Miller...
© LitHub
Back to top