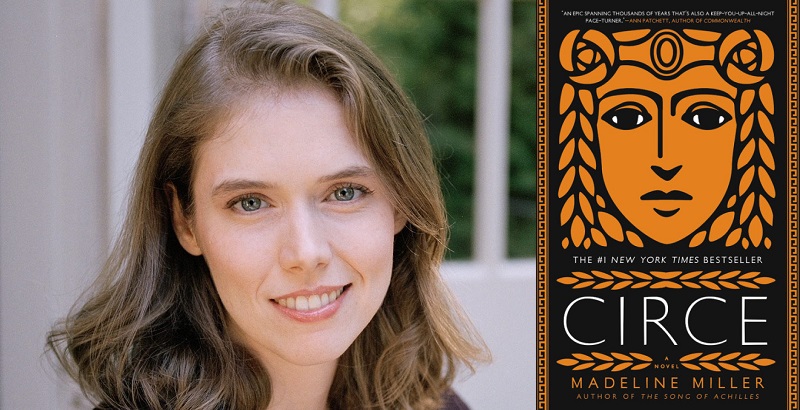 Madeline Miller on Women’s Work, Translation, and Gender in The Odyssey

With Whitney Terrell And V.V. Ganeshananthan on Fiction/Non/Fiction

To hear the full episode, subscribe to the Fiction/Non/Fiction podcast through iTunes, Google Play, Stitcher, Spotify, or your favorite podcast app (make sure to include the forward slashes when searching). You can also listen by  streaming from the player below.

Readings for the Episode:

Circe and The Song of Achilles by Madeline Miller · The Odyssey and “Translator’s Note to The Odyssey” by Emily Wilson · D’Aulaires’ Book of Greek Myths by Ingri and Edgar Parin d’Aulaire · The Age of Homespun: Objects and Stories in the Creation of an American Myth by Laurel Thatcher Ulrich · The House of the Spirits by Isabel Allende · Rosencrantz and Guildenstern Are Dead by Tom Stoppard

“If women have power, men are getting turned into pigs.”
Madeline Miller on female power and resisting the zero-sum mindset

V.V. Ganeshananthan: So, Emily’s translation as well as your novel have been getting positive critical attention for a lot of reasons, but one of the reasons is this idea of a feminist rereading or retelling, or “reboot,” to use the comic book term, and I know that you reviewed Emily’s translation. Could you talk a little bit about some of the choices that you all made that were attuned to gender roles? Even just listening to that passage about the pigs, right, it’s so carefully turned to notions of power dynamics. How are these books breaking new ground?

Madeline Miller: Well, Emily Wilson’s translation is absolutely brilliant and amazing, and I love it, and I think everyone here should read it if you have even the slightest interest in The Odyssey, and even if you don’t. It’s that good. And one of the things that she does so well is she’s just so smart about the way she’s approaching this story, and some of the ways that she finds room for those voices. There’s a wonderful moment where she’s talking about Penelope turning a key to open a storeroom. And the word in Greek to describe her hand is something like “thick,” and oftentimes translators have kind of just glossed over that, because it’s a very strange word to apply to a woman’s hand. But Emily draws attention to the fact that, of course, Penelope is a master weaver, and as a master craftswoman would have very muscular hands, and that makes sense. And so she goes with this idea of “muscular” for that translation, as opposed to “delicate,” or “beautiful,” or some of these other sort of strange glosses that are pretty far from the original. She finds a way to honor the original, while also bringing out this thing that had been forgotten.

One of the things that she does that I think is so brilliant, and so necessary, is in her treatment of the so-called “12 maids.” For those of you who know the story of The Odyssey, at the end of The Odyssey Odysseus comes home, finally. His house is being besieged by suitors who want to try and force Penelope into marrying one of them. He slaughters all the suitors, but that’s not enough for him. He then slaughters all the people who helped the suitors, and all the women who were obligated to sleep with them, all the female house slaves who were obligated to sleep with them. And translating tradition in English has been to call those women “the maids.” “The 12 maids.” And the word in Greek is “slave.” “Female slave.” And she uses that word to bring back—I think it’s easy for us to forget that this was a slave society. We’re talking about aristocrats here. These women would have had absolutely no ability to give consent one way or another in this situation.

And so for Odysseus to kill them for sleeping with the suitors is not only incredibly wrong, and just so cruel and outlandish—and actually he gets his son to do it, but he’s the architect, he’s the one who wants it done—and so just by using the word, the original Greek word “slave,” there, she’s able to bring that awareness back, and make us think about that in a new way, and sweep away this translating tradition that has been kind of soft-pedaling this really horrific thing that happened.

VVG: That’s so interesting, because in your reading you can also hear the way that the labor of being a witch is made visible. And so I wonder how much of these translation choices end up having to do with women’s work. I just think of Laurel Thatcher Ulrich, even—the ways in which women’s work is connected to objects, and maybe not documented in the same ways, or not elevated in the same ways. So, when you thought about power and work, were there documents or sources in particular that you went to, to help you expand your imagination of how those things could be?

MM: I definitely did a lot of research into material culture, and how the process of things like weaving would have happened, because that’s an important piece in The Odyssey for Penelope, but also for Circe, who’s also a master weaver. But I really wanted that work to be part of the story, partially because it is so hidden in most epic literature. What women do, and women’s lives, it’s so hidden.

And there’s this very telling thing that happens in The Odyssey where Penelope, in order to stall these suitors who have been harassing her, tells them: Okay, I will marry one of you, as soon as I finish weaving this shroud for my father-in-law. And this is a great trick to play on them, because what happens is she weaves during the day, and then at night she goes and unravels it. And the next day she weaves it again, and then she goes and unravels it. And it takes them three years to figure it out!

Whitney Terrell: That’s because they’re in the same fraternity as the sailors on Odysseus’s boat.

MM: She actually had to be busted by one of her maidservants. They might not have figured it out ever.

WT: So, along these same lines, you said in an interview that the character of Circe represents “the embodiment of male anxiety about female power.” Could you talk a little bit more about that, and about what it was like to engage with some of these Greek myths from this character’s perspective?

MM: Sure. I mean, it’s so clear in the original that, you know, here’s this character—if women have power, men are getting turned into pigs. It’s this very zero-sum way of thinking, that if we give power to women, men must somehow be suffering, or we’re taking something from them. I think that is a totally wrong-headed view. I think that the more power and freedom that women have, the more power and freedom that men also have.

And what’s frightening about that zero-sum way of thinking is how much we’re still having that conversation today, three millennia later. And in looking at the character of Circe—I mentioned she was the first witch in Western literature, and I think the witch thing really plays into that, because I looked at all these different types of witches throughout literature—

WT: We’re having a witch hunt right now! Strange how that word keeps coming up . . .

MM: Right? And the thing about witches that really they all have in common—there’s the hag type, there’s the sexy witch (that’s kind of the Circe type), the foreign witch, the helpful witch—but really these are all women who have an amount of power that makes society uncomfortable. And that’s really what it means to be called a witch in literature: you have an amount of power that particularly men around you feel uncomfortable about. And so I really wanted Circe to have that, as I was looking at her.

WT: Similar to that, Emily wrote about how one of the common misunderstandings of translation—you’re going to be partly vocalizing Emily here, for the purposes of this podcast. But you guys have done a lot of events together, so you kind of can . . .

MM: We have. I’m going to be thin gruel to how she says it, but at least she and I have done a lot of events together.

WT: So, she wrote about how one of the common understandings of translation is actually a gendered understanding, this idea of being faithful to the often male-authored original text. I wondered if you could talk about what might be some alternative models for thinking about what makes a translation good, or rethinking the line between translation and interpretation, including the way a translator balances competing loyalties—to the original text, to modern interpretations, all that sort of stuff.

MM: Well, I’ll talk about what I think makes Emily’s translation so successful, in particular, which is that I think she is both incredibly smart and sharp about the way she’s approaching the Greek. And in her foreword she talks about how all translations are interpretations. Sometimes we have this view that translations are some kind of objective thing, that there is a science to it. But she acknowledges, no, these are all opinions, and I am making choices on every single line for how to sort of shift this way or that way, and how to choose. And oftentimes those moments of decision are very complicated.

And in fact that takes me to the very first line of Emily’s translation: “Tell me about a complicated man.” She describes Odysseus as “complicated.” The word in the Greek is “polytropos,” which means “man of many turnings,” “man of twists and turns” . . . She was looking for what was the right word to put there, and there’s so many different ways to go. She just confessed to me on stage, at our most recent event in Harrisburg, that one of the things she was trying to consider ideas about “turning,” and “bent,” in English. So she actually considered “kinky” at one point, which I almost wish she’d gone with: “Tell me about a kinky man.”

But she ultimately went with “complicated,” both because it implies Odysseus’s ability to handle things in lots of different ways, but it’s also from the Latin root, “plekto,” which means “to bend” or “to fold,” and so there’s a little bit of that heritage in there. She said the one thing she was worried about, in terms of choosing that word, is that it’s a little bit more interior than the original Greek word is. But it was amazing to hear her talk about her process, and going through that, because it’s one word in this huge piece, and yet she spent so much time thinking about it.

The other thing I’ll say about her work that I really love is that, when you are translating from the Greek, one thing that happens really easily is you get a lot of bloat. One line of Greek can easily become two or three or more lines of English. And Emily decided to commit to making the same number of lines in English as in Greek. Which means that this translation really moves. And I love that, because, you know, Homer was supposed to be entertainment—this was something people went to on purpose! And I think she really captures that. 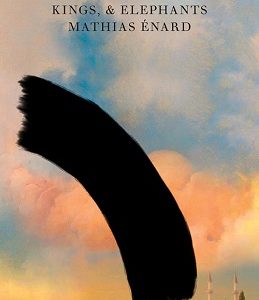 Night does not communicate with the day. It burns up in it. Night is carried to the stake at dawn. And its people along...
© LitHub
Back to top
Loading Comments...