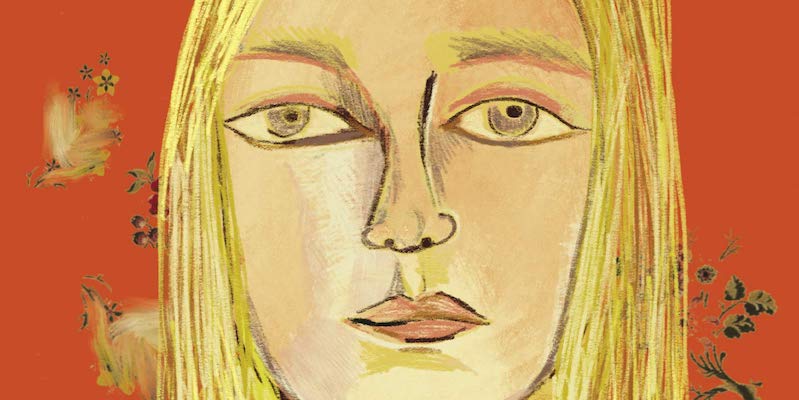 Scarlett Thomas on the Tricky Work of Writing the Unsayable

The Author of Oligarchy in Conversation with Lori Feathers

I first encountered the work of British writer Scarlett Thomas in 2015 after reading Laura Miller’s Slate article lamenting that Thomas’s ninth novel, The Seed Collectors, had not found a US publisher. This despite prominent accolades here for her earlier fiction, most notably her sci-fi novel, The End of Mr. Y. (Soft Skull Press later took up Miller’s gauntlet and published The Seed Collectors in the States in May 2016.) Reading the two novels in quick succession I was struck first by Thomas’s deft way of folding complicated concepts from philosophy, math and science into very relatable human dramas and second, her inspired versatility—from bringing to life a fourth dimension where characters enter others’ minds (The End of Mr. Y.), to a family saga involving disappeared botanists and a sinister seed pod (The Seed Collectors). Thomas’ work reveals her deep empathy for human vulnerabilities, her omnivorous curiosity, and her quirky and dark sense of humor.

Lori Feathers: Oligarchy opens with Tash, the 15-year-old daughter of a Russian oligarch, arriving at her new school—an elite girls’ boarding school in the English countryside. There ,she falls in with a clique of girls who spend all of their time obsessing about being skinny. The girls take turns inventing bizarre food regimens and swapping weight loss tips that they find on Pro-ana websites. They bond over a shared mania to be ever thinner much like they do over acquiring the trendiest designer clothes. Do you consider Oligarchy a satire on the loss of self-identity?

Scarlett Thomas: Yes, partly. When I began writing the book, I didn’t really know what it was going to become. In fact, it started as a short story that was going to be about power, and the intricate struggles for control and influence within an institution. But when I got Tash to the school, all my memories of my own time at boarding school came flooding back and it was authentic for me to put all the girls on weird diets. Then the whole thing started to come into focus, and I realized there was a lot about diets and diet culture that worked with my original themes. The working title began as The Oligarch’s Daughter, but I quickly realized that what I was writing was more nebulous and so a few weeks into the first draft I renamed it Oligarchy.

The voice came quite easily with this book, but I was worried at first because I found it quite shocking.

LF: The book is a modern novel with a distinctively gothic tone. The boarding school is “a vast country house with attics and turrets and ghosts.” Throughout the house are painted portraits of the late Princess Augusta, a young woman said to have drowned tragically many years ago in a lake on the school’s grounds. The girls romanticize Princess Augusta to such an extent that her presence perpetually haunts and inflames their imaginations. What was your inspiration for Princess Augusta?

ST: When you’re 15, you look for role models to show you how to be a woman, but you don’t always select the best ones. (Mine were Jennifer Beals in Flashdance, and Vanessa Paradis!) I wanted to mix it up a bit—

our girls are as obsessed with 21st-century celebrities as any other girls, but additionally they have this weird figure from the 18th century rendered in oil paints all over their school who they are supposed to live up to in some way. I liked the idea of the girls writing Princess Augusta’s story for her, or at least embellishing it. There was definitely some satire in that for me.

LF: The adults in Tash’s life—Aunt Sonja, the boarding school’s teachers and counselors—unintentionally enable her eating disorder to grim but hilarious effect. Oligarchy is funnier that your previous novels. Did you originally intend it to be?

ST: Not exactly. The voice came quite easily with this book, but I was worried at first because I found it quite shocking. I kept thinking, “But you can’t say that! You can’t write that!” I realized that the redeeming factor was that there was some humor in this. That moment when people say the unsayable, and it’s what you were thinking too? Of course it can fall flat if people are like, “No one thinks that.” But the response to the book so far has been extremely positive, and people do seem to find it hilarious in its dark awfulness.

LF: You’ve recently written about your own issues with food and body image.  Was writing Oligarchy cathartic in that regard?

LF: Your novels feature inquisitive young women who seek truths larger than themselves but who also become more self-aware and self-accepting in the process. In The Seed Collectors you wrote, being enlightened “does not just mean seeing the light but also becoming lighter and less weighed down.” How does your characters’ quests for truth and knowledge affect how they see themselves?

ST: It has often meant that they take themselves quite seriously, perhaps like I used to. For me, trying to grow up a bit has put me back in touch with a younger, more irreverent self.

LF: The plots for many of your novels are centered on math and science disciplines such as quantum physics, botany, and cryptology. Ariel, the protagonist in The End of Mr. Y, states, “I want to know everything because of the high probability that if you know everything, there’ll be something to actually believe in.” Do you find it more meaningful to examine your characters’ personal crises of faith, love and morality through the lens of math and science rather than, say, art, and is Oligarchy a departure in this respect?

ST: Yes, this is the first one that doesn’t come with a label like “Maths novel” or “Physics novel” or “Biology novel.” This is what we were all doing outside of class! This novel is also more of an experiment in style for me. There are aspects of prose poetry in it. When I was writing it, the individual sentences were really important. How they sounded, and how the beautiful-but-broken aspects mirrored the girls’ internal worlds. 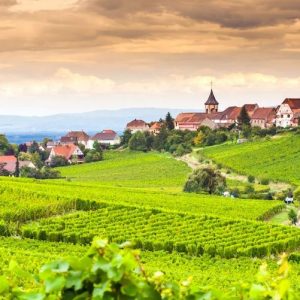 Overwhelmed by her day job—covering terrorism, human trafficking, and the rise of extremism—journalist and filmmaker...
© LitHub
Back to top