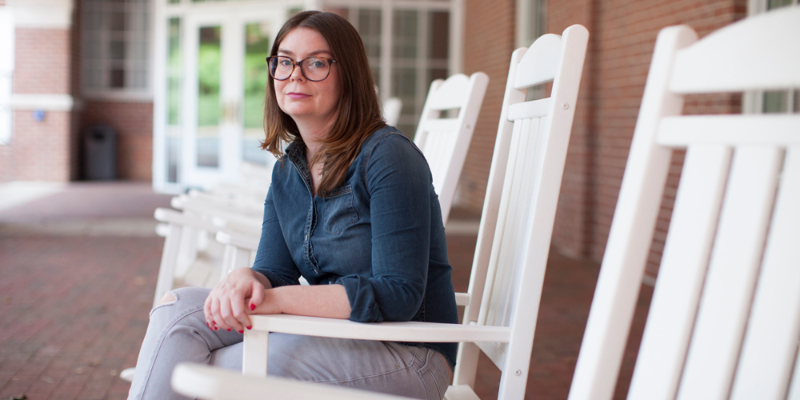 This week on WMFA, we revisit our conversation with Elizabeth Catte, author of What You Are Getting Wrong About Appalachia, about blogging into a book deal, what to do when readers write to you about their pain, and pulling the strings left in your work.

Courtney Balestier: The eugenics project, was that something you had been thinking about already, or did that come out of conversations with your editors?

Elizabeth Catte: No, I had the thought. There’s a couple of sections in my first book where I talk about the eugenics movement, and I was not satisfied that I had to leave those conversations. I was happy with what I wrote, but I thought there were really important things that had to be left unsaid, particularly in the way that the eugenics movement and the dispossession of people from land went hand-in-hand with one another. And I happen to live now in a place that has one of the premier Virginia eugenics institutions. Like, I can see it from my house.

And, you know, I am aware within my community, the memories of that site and the legacy of that site is not something that is discussed. Any kind of history or knowledge or memory that you have, there’s always going to be keepers of that memory. But I think that also I’m a pretty good judge of when something is at the precipice of being forgotten, and I feel this moment with this institution down the street from me.

Now also, I’m very alarmed by the renewal of ideas that I think are based on eugenics, thought that is attached to our politics at the moment. And so the combination of all those things came together. Anne [Trubek] kept asking me what my next book would be, and we kept talking about ideas, but in the background I kept having really angry Twitter conversations about this eugenics institution that’s at the foot of my hill. And so I was like, Anne, I think this has to be the book. And she was like, yeah, yeah, yeah. That sounds great to us. So, we shall see.

Courtney Balestier: That’s such a good lesson. It’s so counterintuitive at first that you would need to find out what you’re actually interested in, that you would need to kind of trick yourself into realizing, oh, I can consciously write out these ideas for you, but it turns out that everything—like, my id on Twitter is actually…

Elizabeth Catte: Yeah, that is a very modern thing.

Courtney Balestier: I mean, I totally get it. I don’t mean it in a derogatory way.

Elizabeth Catte: No, I get it. I get it. I was trying to have some really “cool and fancy” ideas about different directions that I could go to keep writing about Appalachia, but the thing that was really consuming me was this one particular thing that I kept trying to bother people in my town about or write about on Twitter. I don’t know why I never thought that I could make it the book, except that I was so consumed that it just didn’t seem to have a broader place in the reflective thought you have to do, or that you should do, when you’re making decisions about these things.

Courtney Balestier: Right, yeah. That’s a good way to put it. You’re kind of too deep in it. I love that idea, too, of revisiting work you’ve finished and looking and seeing, where do you actually still see strings that you want to keep pulling.

Elizabeth Catte: Absolutely. I have some articles and the one publication, but definitely that is very important to me to not leave things unsaid.

Courtney Balestier: Do you consider writing part of your business now? Is it supporting you in that way now, or do you want it to?

Elizabeth Catte: That’s such an interesting question, because I am finding that it is hard for me. Because I wrote about people that I am part of and a region that I live, it is very hard for me to separate my writing from everything else that I do. My writing is not economically stable. I am not quit-your-day-job level. And so, I need to still have that compartmentalization out there because it facilitates me earning income.

But I am super excited at the prospect that I could collapse everything a little bit more. I don’t know how that would look, but I believe very strongly that these connections I’m making with people should be put to good work. It’s important to me to be able to not get so far into writing that I’m not helping, that I don’t have the time to help people too.

Elizabeth Catte is a historian and writer based in Staunton, Virginia. She is the author of What You Are Getting Wrong About Appalachia and the co-editor of 55 Strong: Inside the West Virginia Teachers’ Strike. Her writing has also appeared in Belt magazine, the Guardian, the Nation, Salon, and the Boston Review. She’s the director of Passel, a historical consulting company, and an editor for West Virginia University Press. 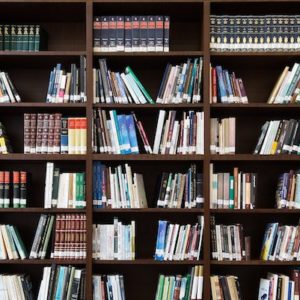 “Coffee, music, conversation, and books—that led me to becoming an English teacher, and I try to have all of those in each...
© LitHub
Back to top