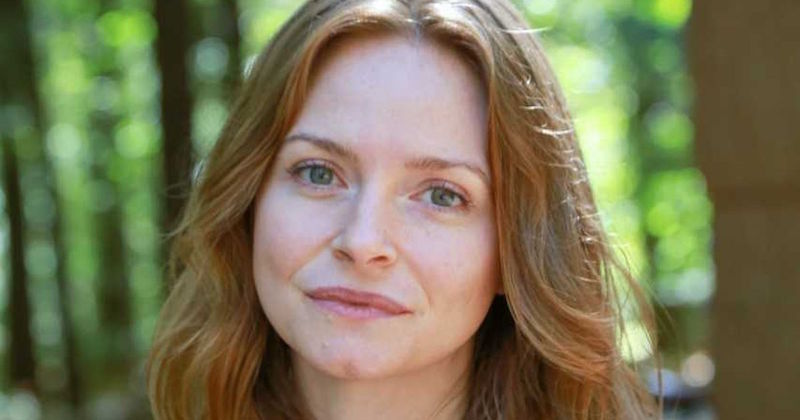 Sarah McColl is the guest on this week’s Otherppl. Her debut memoir, Joy Enough, is available now from Liveright Publishing.

McColl’s essays have appeared in The Paris Review, McSweeney’s, StoryQuarterly, and elsewhere. She has been the recipient of fellowships from the MacDowell Colony, where she was named the 2017 Mary Carswell Fellow, the Millay Colony for the Arts, Ucross Foundation, Vermont Studio Center, Virginia Center for the Creative Arts, and Wrangell Mountains Center.  Before receiving her MFA at Sarah Lawrence College, she was the founding editor in chief of Yahoo Food. Her food writing has been featured in print and online for Bon Appétit, House Beautiful, The Guardian, Modern Farmer, Extra Crispy and others. She teaches creative writing and is based in Los Angeles, California.

Sarah McColl: I realized with [the book] that I have a lot of comfort with emotional life. I think a lot of people don’t, but what honesty is to me might not be sentimentality to someone else. So I’m always hugely relieved if no one thinks the book is sentimental. It is about sentiment. It is about feeling, and it treats feeling as if feeling is important and interesting. To some people, that might be too much.

Brad Listi: These things are daft and lost, and the disillusion of relationships . . . it’s tough stuff. Not everyone has a high pain tolerance.

BL: And for some people, it’s too close to the nerve or whatever. People have stuff they’ve been through or currently going through, and I think sometimes it’s not the right timing.

SM: Do you subscribe to any kind of idea about how much time has to elapse between an event and the writing about the event?

BL: No. I mean, sometimes it’s probably a good idea because with time comes hope and some perspective. Then, sometimes when you’re writing right when you’re in it can yield a piece of work that has all this vitality and energy in it. It’s kind of like roiling with grief. Sometimes that works too; it just depends on the writer and the particular situation. For me, I think I am the former and not the latter. I have a hard time seeing things clearly even with time.

Maybe I would benefit from being more immediate because one of the things I struggle with is adjusting to new developments in life. I feel like they’re bouncing me off the course I was on and changes the way my relationship works with something else happening in life, especially something difficult. Then, suddenly, it’s like, This isn’t the book anymore. Did you ever have that feeling when working on this?

SM: That’s kind of a narrative question of when does it end or what’s the ending. I don’t know . . .

BL: How long did it take you to write the book?

SM: Three years. Some of it is written from being really in the feelings of loss. One of the ways I think about is that you have your intuitive writing brain

—and I think your intuitive brain is smarter than what you think you’re trying to do—so you let that part write, which I did. Then there’s your editing brain, which has perspective and is thinking about themes, where you start to look at what you did and think what am I doing here. You need both, and I’m thinking about what you said about seeing something clearly. What does it even mean to see something clearly? Is it clearer because it’s not roiling for you anymore? That seems to say distance and a remove renders something clearer, as if emotion can’t be instructive or clear on its own.

BL: That’s true. Anger can be blinding, but other emotions maybe not so much; in fact, quite the opposite. Now I’m thinking too in this revisionist way, maybe by allowing for all this time you might be permitting or opening yourself to the intrusion of narrative voyeurs to the experience that wind up clouding it? Do you know what I’m saying?

SM: Right, because I wouldn’t have written this book if I’d waited another two years to start writing this book because some of it is really about the experience of what grief feels like. The clarity that would have come from time was that I wasn’t as interested in that experience of grief, but I was very interested in it at the time.

BL: How long ago did your mother die?

SM: It’s going to be five years in May.

BL: So the five years, and three years you wrote it were immediately following?

SM: I started right away. She died and I went to graduate school, and that was a wonderful opportunity to just pour it out. As my brother said, are you in graduate school or are you in a two-year grief program? It’s both.

On Decolonizing the Postcolonial African Classroom 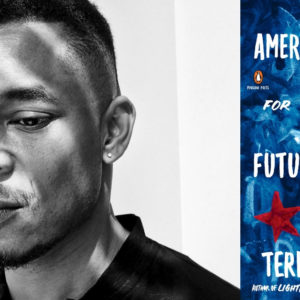