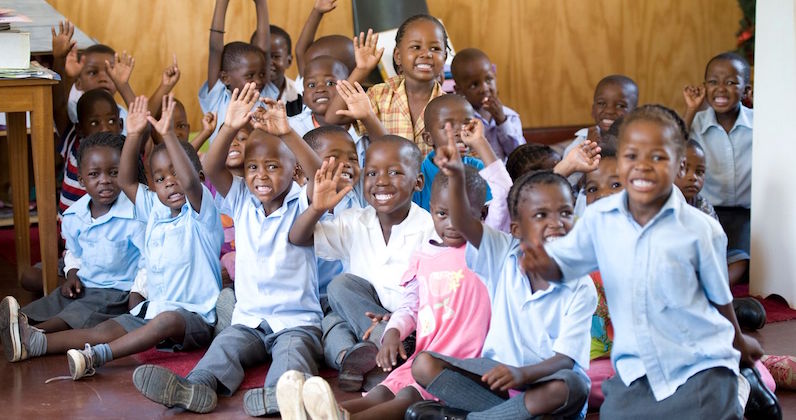 On Decolonizing the Postcolonial African Classroom

I began first grade in 1992 in a government primary school in Selibe Phikwe, a quaint mining town in eastern Botswana. In line with what was introduced to Batswana children of my generation as a uniquely Tswana decorum, it was unfathomable that any student would address a teacher by their first name, or choose not to participate in prayer, or simply disagree with the teacher. By the same denatured customs, it was not unusual that the teacher would—during class time—send students around town to run his or her errands, such as shopping for groceries or cleaning the teacher’s house, forcing the student to skip school for a day or two. Plainly, as much as the African classroom attempts to embody our African cultural values, it has rendered them unduly cruel by the fact that the system itself remains unchanged from colonial days.

The African classroom can only appreciate our customs if they appear in a bad, backward, and brutal light. That is still the case today, Upright African.

And that is part of why so many young African children still drop out of school to preserve their dignity. No African government will tell you that.

On my first day of school, the Headmistress gave a vigorous speech at assembly about how much she looked forward to slapping us if we ever looked dirty after playtime. Some of the teachers gave her a rapturous round of applause and we Standard Ones all shook in our tiny boots. The Headmistress further told us that we Standard Ones had to bring to school brand new toothbrushes and toothpaste the following week. We were informed that every morning we would be lined up for our teeth to be inspected for good hygiene, and whoever had “yellow teeth” would be instructed to scrub their teeth in front of the whole class, sometimes after a whipping from one of the more dutiful teachers. Upright African, to decolonize the African classroom is evidently also to stop the abuse of African children.

Just imagine how differently a future government school principal could act if he or she were taught from primary school the historical and continued violence of colonial education on our people. Would he or she deliberately transmit colonial trauma to another generation as my Headmistress did to us?

Perhaps he or she would instead know of a long history of brutal colonial reinforcement of the African’s “hygiene” and dare to break the cycle of abuse. After assembly we met our new teachers, who led us to our respective classrooms. Once seated, my teacher told us that in the name of proper hygiene, boys were not allowed to have hair on their heads and girls could only wear their hair shaved. She also made it clear that this rule did not apply to our Indian classmates, since they had proper hair—not our Afro-textured kinks. We quickly caught on that being Indian also meant that you never got beaten by the teacher for anything, even noise-making! Now we Standard Ones all wanted to be Indian.

The school systems all over Africa remain thus troublingly nostalgic for colonial rule, seeking to defeat the African child by all means necessary.

As you can see, Hygiene in school was clearly not just about cleanliness, like the hygiene we learned at home. In school, Hygiene was an insidious mental tool designed to abort any individual thinking or pride in the child’s own Africanness and Blackness. In this bastardized understanding of Hygiene, Africanness and Blackness are the dirt that must be washed away with the soap of Whiteness. The confusing part for us children was that Hygiene was often disguised as “personal hygiene.”

The school systems all over Africa remain thus troublingly nostalgic for colonial rule, seeking to defeat the African child by all means necessary, including verbal and physical attack.

Let me give you an example, Upright African.

After two school terms in Selibe Phikwe, my family moved south to our home village of Mahalapye, where on my first day my new teacher asked if I had brought a piece of firewood to school. I was perplexed. I did not know that it was school policy for students to bring a piece of firewood every day for the school kitchen’s wood-burning oven.

The teacher told me point blank, “You are extremely stupid.”

“My mother says I am intelligent,” I replied.

Right then I saw the teacher’s fingers curl as though to knock on a door, only to knock very hard on my forehead.

For the African classroom to look as British as possible, even frostbite will be used against the African child.

The teacher then struck me many times on the forehead with a wooden meter stick, leaving me with bleeding cuts. Twenty years later, I remain unbowed. And now that I know the name for my pain, I know to call for a decolonized African classroom for the good of all.

My last day of school in Mahalapye was in 1995 in the middle of a bitter winter that was accompanied by floods. It became routine for we students to bring stones the size of a tennis ball to school and heat them up in the hot coals behind the school kitchen. Then we would wrap our individual stones in lots of paper and cradle them in our palms throughout assembly, which was held in the frigid open air.

One day, it was so cold and windy in Mahalapye that some of my schoolmates, who could not afford school jerseys, risked assault by our teachers and came to school wearing jackets that were not in school colors. Upon laying eyes on them, our Headmistress flew into a cyclone of rage. She confiscated all the hot stones and all the “multicolored” jackets and kept them until the next term, which was at the end of winter. During the long assemblies, I painfully watched many of my schoolmates silently sob and shiver.

In front of us the Headmistress now stood—after prayer and announcements, brandishing a purple pamphlet from Queen Elizabeth II’s visit to South Africa that year—telling us that if we stopped being “stupid” and obeyed all the school rules, we might one day be lucky enough to meet Her Majesty the Queen of England. I never forgot that. But perhaps most cruel in my memory of that day was my sudden knowledge, at that age, that for the African classroom to look as British as possible, even frostbite will be used against the African child.

The African classroom was historically the boxing ring where colonial education defeated African history. It is where, for instance, old-style British uniforms impractical to our climate and insensitive to our cultural norms were introduced, creating a daily visual representation of the now-accepted notion that professional attire has to, by definition, be Western. I say that the African classroom must once again be a cultural boxing ring, but African history must finally avenge itself against colonialism and its vestiges this time around. 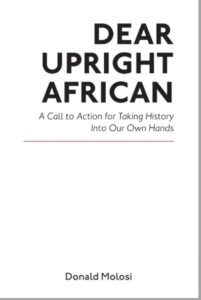 Donald Molosi is a Botswana-born actor, writer, playwright, and activist. He is the author of We Are All Blue (2016), a collection of two plays about Botswana's history, for which former Botswana president Quett Masire wrote a foreword. His recent film credits include A United Kingdom (2016) and 2063 (2019). 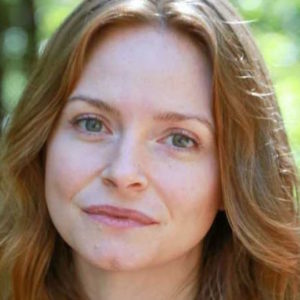 Sarah McColl is the guest on this week's Otherppl. Her debut memoir, Joy Enough, is available now from Liveright Publishing. McColl's...
© LitHub
Back to top
Loading Comments...