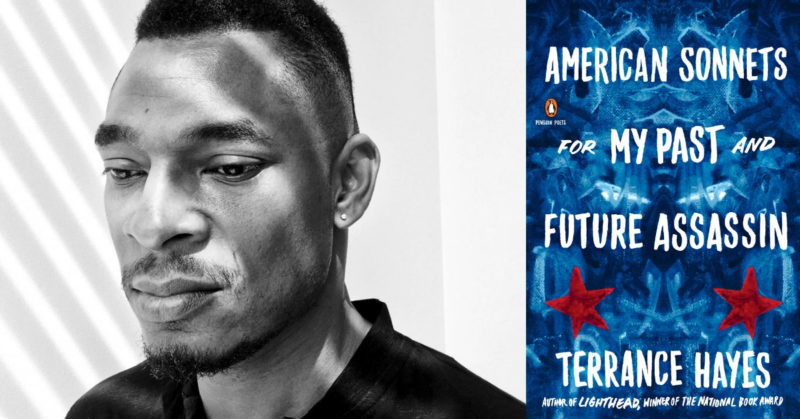 In this 31 Books in 30 Days series leading up to the March 14, 2019 announcement of the 2018 National Book Critics Circle award winners, NBCC board members review the thirty-one finalists. Today, NBCC board member Tess Taylor offers an appreciation of poetry finalist Terrance Hayes’ American Sonnets for My Past and Future Assassin (Penguin Random House).

Sadly, American racism keeps finding potent ways to reinvent itself—finding new forms in our lives, in our voices, in our bodies. The way such a force can reinvent itself—in different but linked forms—is the terrain of Terrance Hayes’s stunning, virtuosic book American Sonnets For My Past and Future Assassin. In this book, each of his seventy sonnets—different in context, but all titled identically, and alike inside the cage of 14 lines—lock together to depict the changeable, durable form of American racial violence.

As Hayes knows and the title suggests, there is no one assassin, but rather a series of violences, past and to come, which continue to manifest old and haunting pain. Sometimes his sonnets explore whether there was or was not ever “a black male hysteria”; some ponder “how it is that you and I have remained/ alive.”  One poem traces how the word “life” gets used in a series of canonic poems before ending: “I live a life/ That burns a hole through life, that leaves a scar for life/ That makes me weep for another life. Define life.”

What kind of life does each of us get to have? How does the assassin’s violence get passed on? And, if this pervasive violence is corrosive both to black lives and to all our lives, how do we address it?  Even as his sonnets serve as a form of poetic address, Hayes’s explorations defy easy answers. One poem speaks to the ultimately penitent segregationist George Wallace. Another reads, “Assassin, you are a mystery/ To me, I say to my reflection sometimes./ You are beautiful because of your sadness, but/ You would be more beautiful without your fear.” Hayes’s speakers range wide, but he too lives with an assassin inside, and he also turns the camera on himself.

Hayes—winner of a MacArthur Foundation fellowship, an NEA fellowship and a Guggenheim—tosses off his chosen form with enviable ease. In a final act of bravura, even the 5 page index of 14 “first lines” at the back of his book form 5 bonus sonnets. Ponder that: Hayes’s first lines also link together. Hayes dazzles us all with sheer potent recombinance.

Yet volta after volta, sestet after sestet, Hayes also leaves us with open questions. Renaissance scholars conceived of the sonnet as a mask for stylizing the voice, for crafting a dramatic speech more powerful than any found in ordinary life. Yet this dramatic space was also meant as a tool with which to name the ordinary world. Hayes seems well aware of this history as he leaves us, centuries later, to ponder our shared, deeply broken inheritance. He leaves us to ask:  In depicting cages all around us, may we also break them? In addressing our assassins in lyric space, may we heal our real and fragile lives?

Tess Taylor’s books include The Forage House and Work & Days, named one of the 10 best books of poetry of 2016 by The New York Times. Taylor currently chairs the poetry committee of the National Book Critics Circle, and is on-air poetry reviewer for NPR’s All Things Considered. She was recently a Distinguished Fulbright US Scholar at the Seamus Heaney Centre in Queen’s University in Belfast, Northern Ireland, and Anne Spencer Writer in Residence at Randolph College. 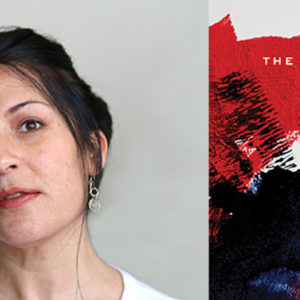