Reclaiming Of Mice and Men from Parody

I will name him George, and I will hug him and pet him and squeeze him

John Steinbeck’s novella Of Mice and Men, the Most Depressing High School Reading Assignment of All Time, turns 80 tomorrow. Unlike most 80-year-old things, kids today still know about this book. Not on purpose, of course, but because it’s an enduring high school classic—in part, I imagine, because it’s short enough that you have a good chance of getting students to actually read it, but also because it touches on some major themes of the American experience, themes that, no matter how much we squeeze them, just won’t die.

See that, there? That was a Lennie joke. The other thing about Of Mice and Men is that it is one of the most parodied, referenced, and joked-about books I can think of, other than maybe the Bible. Pretty much every television show that does any sort of cultural parody has covered it in one way or another. But why should that be? At the risk of seeming like a humorless stick-in-the-mud, this seems like a dangerous book to mock. First of all, it’s a relentlessly dismal tragedy that makes a terrifying and still-relevant statement about the fate of the poor and mentally ill, not to mention the fact that it more or less exposes the lie of the American dream, and it kind of seems like bad juju to laugh about that—particularly in 2017, when it’s a proven fact that the whole “rags to riches” narrative is actually not particularly American, no matter what we like to tell ourselves. In fact, the rampant parodies remind me, to some extent, of John Oliver’s bit about our bizarre obsession with jokes about prison rape. Why do we fall all over ourselves to make flippant jokes about something so patently awful? Of course, the two aren’t the same: prison rape is a real problem, and Lennie is a fictional character—but he was based on a man Steinbeck knew while working in similar circumstances: in 1937, Steinbeck told The New York Times that “Lennie was a real person. He’s in an insane asylum in California right now. I worked alongside him for many weeks. He didn’t kill a girl. He killed a ranch foreman. Got sore because the boss had fired his pal and stuck a pitchfork right through his stomach. I hate to tell you how many times. I saw him do it. We couldn’t stop him until it was too late.”

In case you can’t recall your high school years, Of Mice and Men tells the story of George and Lennie, two migrant workers who dream of saving up enough money to buy their own patch of land and thereby their freedom. Lennie is big and strong but “slow,” (he clearly suffers from some kind of unnamed mental disability) and has an obsession with petting soft objects, which, we are told, has caused him and George, his caretaker, all sorts of trouble—including getting run out of the last town they’d worked in—because Lennie can’t control his strength, and tends to break the necks of the soft creatures he pets. They arrive at a new ranch and begin to make plans for their future, but Lennie winds up accidentally killing the wife of the owner’s son, and ultimately, George, to avoid leaving him in the hands of a lynch mob, very soothingly begins to tell him about the life and home they’re going to have together, before shooting him in the back of the head.

Maybe the impulse to parody this is simple. Yes, there’s something goofy about Lennie that is easy to turn into a joke—though it’s in somewhat bad taste to mock a mentally handicapped person, even a fictional one. Yes, the simplicity and ubiquitousness of the tale makes it easy to reference. But I think the impulse actually comes down to the book’s utter bleakness. That is, what can you do with something so relentlessly pessimistic other than stretch and pervert it until you can laugh? Well, that’s just it: you can, and maybe you should, do other things.

But just to prove I’m not against fun, let’s look for a bit at the parodies themselves. One of the best in recent memory is Key & Peele’s “Rap Battle Hype Man,” a parody of the nonsense that accompanies rap battles, which becomes truly difficult to watch by the end, because the “Lennie” character is taken to such a shrill, wordless level—the gunshot is truly a mercy kill for everyone. The book is constantly referenced in the classic Warner Bros. and MGM cartoons of the 1940s and 50s—there’s even a whole TV Tropes page entitled And Call Him “George”! for your perusing pleasure. If you search for Of Mice and Men parodies on YouTube, you’ll find tons of alternate endings, produced with varying degrees of professionalism and cynicism. The best parody, to my mind, is still the 1993 SNL skit that imagines what would happen if Disney got its hands on the story: “You’re about to see a new and improved family classic. You see, we found that audiences loved the dumb and endearing Lennie, while his friend George, the smart guy who winds up shooting Lennie in the back of the head, scored very poorly. That’s when I said, ‘why not get rid of George and put in a second Lennie?’ I think you’ll be pleased with the results.” Enter Chris Farley as Lennie and John Malkovitch as, well, Lennie.

All of these are fine, of course. There’s nothing wrong with parody—parody is a useful tool, and so is laughter, and I’m always happy to see literary references in popular culture, if only for the chance that some non-reader will track one down and have their life marginally improved. The thing, though, is that right now I don’t really want to laugh at Of Mice and Men. It’s not that I consider it too precious to mock—I consider almost nothing too precious to mock. It’s that I want to use it instead. I want to use it as an example of the violence of poverty, and the way human beings can so easily be trapped into a life of servitude, dreams of home ownership and comfort and freedom dangled before their eyes, but per the system, ultimately unattainable. I want to use it to look at how we deal with and understand the mentally ill, as a way to understand the consequences of misunderstanding. I want to hold it up as a reminder of the importance of human dignity. Particularly in 2017, which so far, other than Beyoncé being pregnant with twins, has been a sinking ship turning steadily backwards, and which seems likely to strip poor Americans of their rights and dreams and dignity rather than make them more available, we should re-read Steinbeck’s classic novella and remember that Lennie isn’t only a punchline.

The Importance of Play: On Finding Joy in your Writing Practice 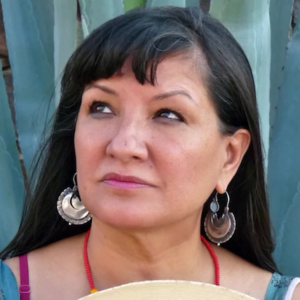 Sandra Cisneros has been dismantling genre, binaries, and stereotypes ever since her novel The House On Mango Street made...
© LitHub
Back to top