via the new books network

Samantha Silva on Retelling the Tale of a Charles Dickens Christmas

The New Books Network is a consortium of author-interview podcast channels dedicated to raising the level of public discourse by introducing serious authors to a wide public via new media. We publish 100 new interviews every month and serve a large, worldwide audience.

In this episode, C.P. Lesley—author of eight novels, including Legends of the Five Directions, a historical fiction series set in 1530s Russia—talks to Samantha Silva about her new work of historical fiction, Mr. Dickens and His Carol (Flatiron Books, 2018), in which Silva takes events we all know from childhood and, through the application of a light touch and a gifted imagination, turns them into a story at once comfortably familiar and delightfully different.

From the episode
On Dickens finding literary material in the streets of London.

C.P. Lesley: You’re a longtime writer but this is your first novel. Was it fun for you to write about one of the best known novelists in English literature, to imagine how he went about the actual process of writing a book?

Samantha Silva: Yes. There’s so much known about his process—he wrote about it, his children wrote about it. He was famous for his memory: Dickens would meet people on the street and everyone became a potential character. He did always carry in his pocket scraps of paper that he called “mem-slips” so he could write everything down, but he would study people when he met them—he was not only interested in names and place names but he in the ticks of a person’s face and what happened when they spoke.

He would study their dialect and go home to practice it, to mimic them. He had a mirror in his office and he would often stand up and say the lines and see what would happen to his face when he spoke the lines.

So much of his writing was kinetically informed, and was from his virtually photographic memory, so that was fun. I really didn’t have to make that up very much, it was really right there. But I did have to imagine what it felt like to be Dickens, especially walking through the streets of London. I consider London very much a character in the book, it so formed who he was as a man and as a writer. And so I did spend a lot of time in London, and I have a great affinity for it. 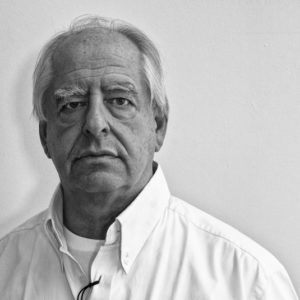