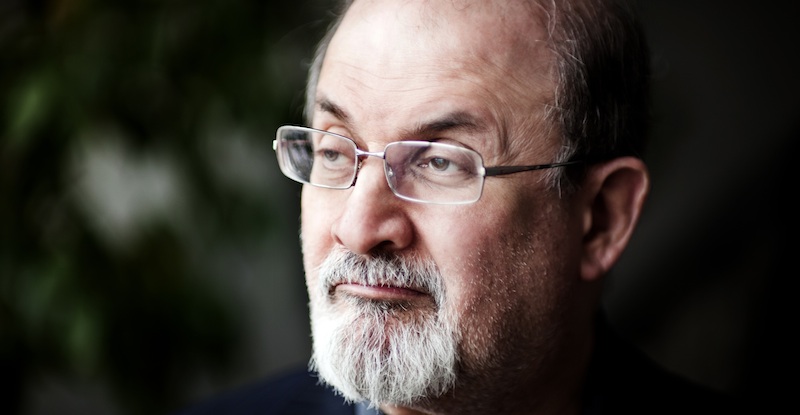 Salman Rushdie has weighed in on the Philip Roth biography controversy.

Earlier this week, we learned that Skyhorse Publishing is set to republish Blake Bailey’s Phillip Roth: The Biography after the book’s initial publisher, W.W. Norton, put the book out of print due to extensive, corroborated reports that Bailey had groomed, pursued sexual relationships with, and assaulted former students in his eighth grade class and raped publishing executive Valentina Rice.

Prior to the Skyhorse news, critics, publishing industry, and readers were split on Norton’s decision to pull the book. Some agreed with the choice; some condemned Bailey’s behavior but argued that books have value beyond their authors (or argued that the book’s shortcomings give it historical value); some called it a blatant PR move on Norton’s part; some feared Norton’s call sets a worrisome precedent for pulling books from print. The latest to weigh in: Salman Rushdie, whose Languages of Truth comes out in four days. In an interview with the Irish Times, Rushdie shared his thoughts on Norton’s decision to take the Roth biography out of print:

I have not read the Bailey book, but, in general, I don’t like the idea of any book being pulped because the author may be a scumbag. I can understand the publishers’ distaste for such an author, obviously. But it feels like moral censorship. And I don’t like the suggestions that have been made that this somehow ‘cancels’ Roth as well . . .

I don’t know if there’s more [support for censorship these days], but it’s certainly more obvious. There’s a youthful progressive movement, much of which is extremely valuable, but there does seem to be within it an acceptance that certain ideas should be suppressed, and I just think that’s worrying. Wherever there has been censorship, the first people to suffer from it are underprivileged minorities. So if in the name of underprivileged minorities you wish to endorse a suppression of wrongthink, it’s a slippery slope.

Put it like this: the kinds of people who stood up for me in the bad years might not do so now. The idea that being offended is a valid critique has gained a lot of traction . . . It’s better to know where ideas are than to give them the glamour of taboo. I want to know where the enemy is.

The “bad years” Rushdie refers to is the decade Rushdie spent in hiding under police protection after Iran’s Ayatollah Khomeini issued a fatwa calling for Rushdie’s death post-publication of The Satanic Verses. The Satanic Verses was banned in several countries; bookstore chains stopped selling the book; Rushdie’s Japanese translator was stabbed and murdered, his Italian translator was stabbed and seriously injured, and his Norwegian publisher was shot (he survived). Rushdie has been an outspoken advocate of free speech, tweeting disapproval of writers who withdrew from PEN’s 2015 gala over their decision to honor Charlie Hebdo and signing the controversial Harper’s “Letter on Justice and Open Debate.”

Said Rushdie to The Guardian after the PEN/Charlie Hebdo controversy, “If we only endorsed freedom of speech for people whose speech we liked, that would be a very limited notion of freedom of speech.” For Rushdie, the cancellation of Blake Bailey’s book is another threat to free speech; whether you agree might depend on your definition of what censorship is.