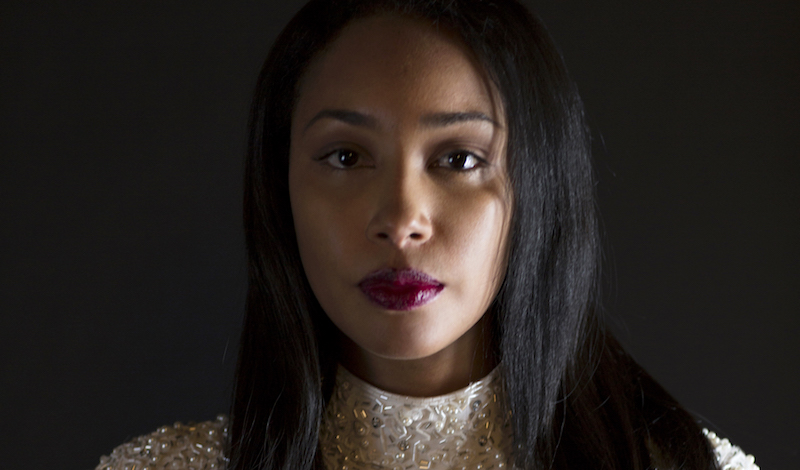 Safiya Sinclair on Waiting for the Storm on America’s Margins

For this installment of his series of interviews with contemporary poets, Peter Mishler corresponded with Safiya Sinclair. Sinclair was born and raised in Montego Bay, Jamaica. She is the author of Cannibal (University of Nebraska Press, 2016), winner of a Whiting Writer’s Award, the Addison M. Metcalf Award from the American Academy of Arts and Letters, the OCM Bocas Prize for Caribbean Poetry, the 2017 Phillis Wheatley Book Award in Poetry, the Prairie Schooner Book Prize in Poetry, and selected as one of the American Library Association’s “Notable Books of the Year.” Cannibal was a finalist for the PEN Center USA Literary Award, and longlisted for the PEN Open Book Award and the Dylan Thomas Prize. Sinclair received her MFA in poetry at the University of Virginia, and is currently a PhD candidate in literature and creative writing at the University of Southern California.

Peter Mishler: In an essay at the Poetry Foundation you present the narrative of your years-long engagement with The Tempest, and how your readings of the play became a generative source, a significant presence in your life and poetry, and in some ways a framework for Cannibal. Now that you’ve published a collection that is the culmination of years of powerful and formative experiences as a reader, artist, and person, could you discuss your experience as someone who has completed a major work? What ground do you stand on now?

Safiya Sinclair: Cannibal has been an island, one I’ve been living on for most of my life as a writer, whose fevered sounds and sweet airs I’ve been dreaming since I began writing poetry, and that is still the ground I stand on right now. It’s been a blessing to be able to share this geography, this ocean of memory and mad music with readers. I am grateful for that. But I’m also naturally very wary of standing too still in any kind of joy—I’m always waiting for the next disaster.

What no one tells you after your first book is published is that almost immediately after the book is in the world you’ll have to start fielding questions about the arrival of the next book. I’m learning to take each breath and experience as it comes, but mostly I’m here, pacing this island, waiting for the next storm, ready to dive head-first into an unknown sea, in hopes of trilling sound out of the deepest blue.

PM: Recently you composed the poem “In Memoriam” for 92nd Street Y’s A New Colossus festival which invited poets to respond to the well-tread Emma Lazarus poem. Could you talk about the experience of writing your poem: your approach, your thoughts on “In Memoriam” as a response to the original? And because this poem was written after Cannibal, in what way could this newer poem signify an approach or direction beyond your first book?

SS: I’m always very mindful of my status here as a non-immigrant in the US—the US government designates me a “Non-Resident Alien,” so even linguistically, I’m in the outermost margins of unbelonging. Members of my family are undocumented, frightened, and vulnerable. So I’m always hyperaware of how temporary and shifting the ground is beneath me, how much of my being here is fixed on the whim of this government.

When the 92nd Street Y asked me to write them a sonnet in response to the Lazarus poem, my first hesitant thought was, “Are you sure? I won’t have anything too nice to say about America or its fabled freedoms.” Ultimately, I decided it was important to say something, and perhaps, especially because it would be critical. So much of Jamaican aspirational immigration revolves around the US being an infallible haven for the underprivileged and industrious. At home, we still believe in the American Dream, we love the mythos of the Statue of Liberty, we trusted the promise of Emma Lazarus’s poem. It wasn’t until I came here as a student that all the fallacies and violence of American ideology became crystal clear, through my own relentless experiences.

Several white liberals have asked me why I stay here in America “If I hate it so much,” and I remember after the 2016 election, how a crying white woman told me begrudgingly, in between plotting her family’s escape to Canada or New Zealand, that I shouldn’t complain, because “At least you have a country to go back to.” With all of this in mind, I already knew what the first line of the poem would be (“White is a state of mind.”), and knew the title of the poem would be a sort of elegy for what non-immigrants like me once thought America was, as well as an elegy for what the US itself seems to think it still is/ever was. I took words and fragments from the Lazarus poem and rebuilt them for the world I live in. The form’s constraint is much shorter than I usually write (and I cheated—my poem is 16 lines), so formally I don’t think this is a signifier of a new direction, but ideologically this is certainly an indicator of what keeps me up at night: writing poems under the omen of the planet’s fury, as I wait for the floods to come.

PM: You’ve mentioned that you are working on a memoir about your upbringing in Jamaica, and I understand that your work brings up concerns that have also been the impetus for, or the result of, poems in Cannibal, and I wonder what observations you have about the differences for you between these two kinds of writing, memoir and poetry?

SS: I’m still trying to figure this one out. Where does poetry end and memoir begin? Where do they blur, and how much do I want to interweave the two? Often, I get jealous when I write a line in the memoir and think: This should be in a poem, and then start to worry about repeating myself. Can I use a line from the memoir as a line in a poem? Why not? My themes, obsessions, and avenues of inquiry will probably always be the same: ghosts I am chasing.

As a poet I’m so aware of the economy of language, and how time leaps from image to sound, a universe stretching out into the possibility of a line, whereas in prose there is lot of scene building, character building, spending time to give heft, face and shape to memory. Because I must spend more physical time with these memories, writing and re-writing them, and giving dialogue to them, I find that the memoir is like reconstructing the body of a ghost I haven’t met yet, but one that follows me around, haunting. For poetry, I already live the possessed body, and I’m stripping away its skin, layer by layer, to get at the ghost within.

PM: You’ve often mentioned one of your collection’s epigraphs, Kamau Brathwaite’s assertion “The hurricane does not roar in pentameters.” I’ve been interested in how you’ve spoken about and written about your work in regard to this epigraph: that you’ve absorbed western prosody, but are also are committed to a Caribbean sense of voice, rhythm, meter, musical phrasing. Could you talk about a poem in which your experience of balancing these two ways of making was most challenging, or significant for you, or perhaps a poem that leans more heavily toward a resistance to western prosody? If you could, I ask because I’d love to learn more about how you would describe the music that’s being made in that particular poem.

SS: I always say that I want the lyric landscape of my poems to mirror the wild Jamaican countryside, to be an echo of the frenzied music of a black woman’s body—that here in the tropics, nothing grows politely. Brathwaite’s quote is also grown from this unruly root—that the pentameter is a reflection of a British landscape, as foreign as falling snow, whereas the Caribbean ear is attuned to our own lush scenery, the hurricane, the sea’s crashing and sage whispering, the riot of every animal, every insect, every red, slick bloom burrowing inside and sideways and bursting in and out of each other. How to fit all this feral world into pentameter, when it’s surging through the windows and ears, with the natural drama of our rambling dialect and oral history?

Here, we inhabit a dual self, where the body speaks in one tongue and dances in another. I’ve tried to embody some of this overgrown fecundity in the imagery, texture, and music of my poems, and “Pocomania” is a good example of a poem approaching the hurricane, and resisting western prosody. The poem is named for a Jamaican folk religion that involves singing and dancing as a way of communing with the past and the dead. Through a weaving of repetition, fevered tempo, and frantic chanting, I tried to mimic the trance of these rituals not only as revival and invocation but to give myself over to possession by the ancestors.

PM: In last month’s Lit Hub interview with poet Jenny Johnson (In Full Velvet) we were discussing that poets seem to write “ahead of themselves,” meaning that a poem can often predict or create or reveal intentions that are yet unconscious in, or unknown to, the writer. Is this a phenomenon you ascribe to? What is the strangest thing about poetry that you’re most sure of?

SS: Part of what I find so intoxicating and wondrous about poetry is how often I don’t know where a poem will take me, from line to line. Daunting then, to approach a blank page, but I put my faith in the lyric imagination. There, I find whole worlds, roving myths and labyrinths, locked and unlocked doors of memory, always a long hallway I am running through, chasing my other selves, where imagery and music and emotion all birth themselves into rhythmic language, and all of it happening at once.

I’m an atheist, and a very skeptical person in general, but to me poetry is prayer. Poetry is an incantation I can use to bind myself as protection before I step into the waiting world. When I am writing, I need to be alone, in absolute quiet; I need to feel like I’m the only person awake on earth. Writing and revising poetry can be a kind of time travel, and often while writing I feel as if I’ve slipped into a kind of trance. Sometimes I’ll come out of a writing session not realizing that many, many hours have passed. It’s a beautiful and curative place to be, to step into again and again. I’m most sure of poetry as a future home I am building, sure of its ability to counteract my rootless inheritance, my unbelonging.

What the Lit Hub Staff is Reading, Watching, and Listening to This Holiday Season 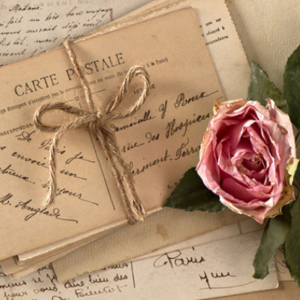 The box arrived unexpectedly at my house. It was dark and heavy, with a flower carved into the wooden top. But the box itself...
© LitHub
Back to top