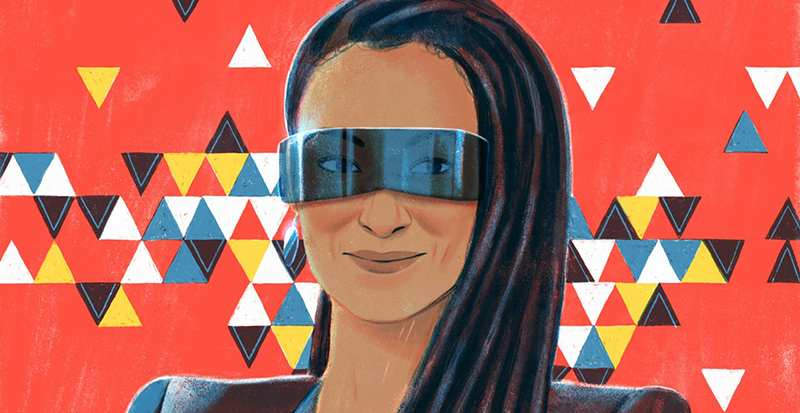 On Episode 129 of The Quarantine Tapes, Paul Holdengräber speaks with Ruha Benjamin. Ruha is an Associate Professor of African American Studies. As a teacher, she has found it essential that she and her students extend grace to each other as they navigate the uniquely challenging circumstances of teaching and learning under the pressures of the pandemic. Ruha expresses the difficulties posed by teaching remotely and interrogates our relationship to the technologies used to connect us in these times.

Ruha and Paul discuss what Ruha has been considering lately about pattern-making, world-building, and imagination. Ruha talks about how to begin challenging our assumptions about the neutrality of technology. As we come through this pandemic, they talk about what it will mean to choose to create a world we want instead of re-entrenching the problems and inequities of our existing world.

Paul Holdengräber: You’ve spoken about IBM’s role in building technologies later used in the Holocaust. I’m wondering to what extent do you see that history as a cautionary tale?

Ruha Benjamin: It’s absolutely a sobering cautionary tale. I think for me, the most important lesson is the way that a bureaucracy of evil requires people to just clock in and out, put their heads down, not ask too many questions, don’t look at the big picture. This division of labor that really enrolled thousands of people in this project of mass death didn’t only rest on some bad bogeymen to carry out this work; it required the simplicity and the consent of so many more people.

And so the question for us today is, when we’re creating new data tools, when we’re creating new technologies, are we looking at the big picture? Are we thinking about the end to which these technologies are being placed, whether we’re talking about immigrant enforcement and ICE’s use of surveillance technologies or the everyday policing of black communities? I think it’s the responsibility not only of the people who are using these tools but those who are creating them. The corollary would be the people working in IBM at that time to ask, what is this being used for?

It’s really heartening to see more and more tech workers raising those questions. There’s a great hashtag called Tech Won’t Build It, and these are tech workers that are refusing to just do their jobs. They’re petitioning, they’re walking out, they’re calling the higher ups in their company to say, we care about what we’re building. We’re creating all this wealth and money, and we’re not going to build tools that are going to be used to re-entrench racist violence and xenophobia and surveillance.

Paul Holdengräber: You know, when I was a much younger man in Europe, we were asked to write what we called at that point in the French system “little dissertations.” You were given a sentence, a quotation—which probably began my quotamania—and you had to write four or five pages about it. And it was this little sentence of Rabelais, where he says, “Science without conscience is but the ruin of the soul.”

Ruja Benjamin: Absolutely. It reminds me also of something that Martin Luther King said, which is that we have guided missiles and misguided men. This idea that wisdom is an essential component of any kind of world-building, especially that which includes powerful scientific and technological tools. It’s not something that we can consider an afterthought or you bring in at the very end of a process. Wisdom is important in the questions that we pose at the very beginning, that we want technology to address and answer. It’s at that point of posing questions that we need much more wisdom, we need much more democratic participation. We need much more historical and social literacy. That is a crucial component of technological design.

Ruha Benjamin is Associate Professor of African American Studies at Princeton University, Founding Director of the Ida B. Wells Just Data Lab, and author of the award-winning book Race After Technology: Abolitionist Tools for the New Jim Code (2019) among other publications. For more info please visit www.ruhabenjamin.com. 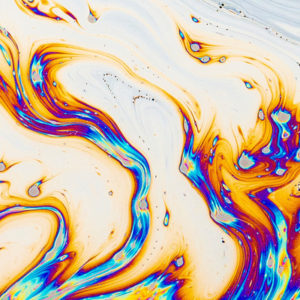 We've heard and rehearsed the conventional wisdom about oil: that the US military presence in the Persian Gulf is what guarantees...
© LitHub
Back to top