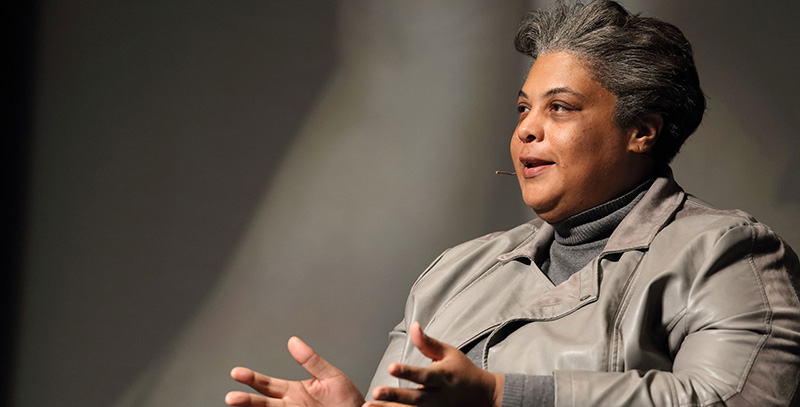 Roxane Gay is this week’s special weekend guest. A contributing opinion writer for the New York Times, she is the author of several bestselling books, including Bad Feminist, Difficult Women, and Hunger.

Roxane Gay: Yesterday, when there is all this hullabaloo about the army bases that were named after Confederate generals or whatever, I mean, I got to be honest with you, it doesn’t surprise me that this is the case … there’re many American military bases named after racist traitors. That’s unbelievable to me. Like, I can’t believe that this is something that I’m just now discovering and that we haven’t addressed this decades ago. It’s shocking, but it’s also not. I don’t know that a lot of Black people are surprised that we haven’t really addressed this because, again, this country has not really done enough to acknowledge the original sin and has not had a serious conversation about reparations.

I was reading about Brown v. Board of Education, just as an example of the ways in which white people can elude wanting to have the difficult conversations with each other and with themselves. In the decision, Brown v. Board of Education, which desegregated schools and has had a lot of positive to that Supreme Court decision in terms of its effects on our society. But one of the things that was highlighted in the essay is the fact that the language of the decision focused on the experience of how segregation in schools would affect Black children and did not mention once the issue of white supremacy. I think that’s telling. It was a good example of moving in the direction of justice, but never when it comes to white people being willing to really address the core issue and the core illness and problems that we have and that we have a lot of resistance to addressing because it’s uncomfortable and it’s painful.

Brad Listi: Is that where you stand, because I was going to ask you, how do you feel? I feel like when I look to my future, I’m like, I don’t think I’m going to. I’ll be gone before this is ever resolved.

Roxane Gay: I don’t think this was going be something that we figure out in our lifetime or maybe my children’s lifetimes. It just feels like a long term project, and I don’t want to be too negative. You can’t just be wallowing in negativity or nothing ever will get accomplished. But if I’m being real about it, I think there’s a long way to go and I don’t think people have any sense of just how long that way is. You know, racism is so pervasive. It affects absolutely every part of life. Black people and people of color more broadly are underrepresented in every single industry. In the past week or two, we’ve started to see people talking about how toxic their workplaces are. There is an editor at Bon Appetit who is paid $50,000 a year in New York City at Condé Nast. It doesn’t make any sense. And none of the editors of color who contribute to the Bon Appetit Test Kitchen are paid for their on video appearances while their white counterparts are. That’s just one story.

Every single workplace is terrible, every single workplace and every single organization. It’s a disease. It is truly a disease. It is the other epidemic. And, you know, I think a lot of people, including myself, get incredibly overwhelmed because what on earth can we possibly do? But at the same time, we don’t necessarily have the luxury of being overwhelmed. It’s easy for me sitting in my house with my partner having a reasonably good time to say I’m overwhelmed. But what about the people who can’t afford that? Who can’t afford our fatigue because their lives are on the line, because they live in peril? We have to recognize that while we intellectualize these things, there are people who are genuinely suffering. Starting with the family of George Floyd and then the families of all the other Black people, women and men who have been murdered by police. And also, you know, looking at people who spent five, six, seven hours in line to vote in Georgia on Tuesday. It’s one thing after another, and we are looking ahead to an election in November.

There is no real hope that democracy is going to prevail, even though people will continue to prosper. Our nation is falling apart and Donald Trump is a tyrant. There is no indication that he is going to cede power when he loses that election, if he even loses that election, because, again, people are saying the right things went down. But I believe a great many white people are going to continue to vote for Trump in November no matter what, because they are racist.

Roxane Gay is the author of the essay collection Bad Feminist, which was a New York Times bestseller; the novel An Untamed State, a finalist for the Dayton Peace Prize; and the short story collections Difficult Women and Ayiti. A contributing opinion writer to the New York Times, she has also written for Time, McSweeney’s, the Virginia Quarterly Review, the Los Angeles Times, The Nation, The Rumpus, Bookforum, and Salon. Her fiction has also been selected for The Best American Short Stories 2012, The Best American Mystery Stories 2014, and other anthologies. She is the author of World of Wakanda for Marvel. She lives in Lafayette, Indiana, and sometimes Los Angeles. 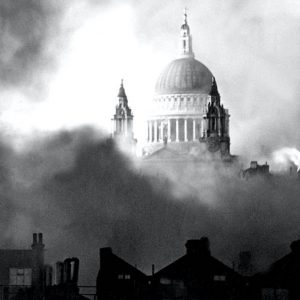 In his 1941 poem “The Dry Salvages,” composed against the backdrop of Britain’s air-raid sirens, T.S. Eliot wrote of the various...
© LitHub
Back to top