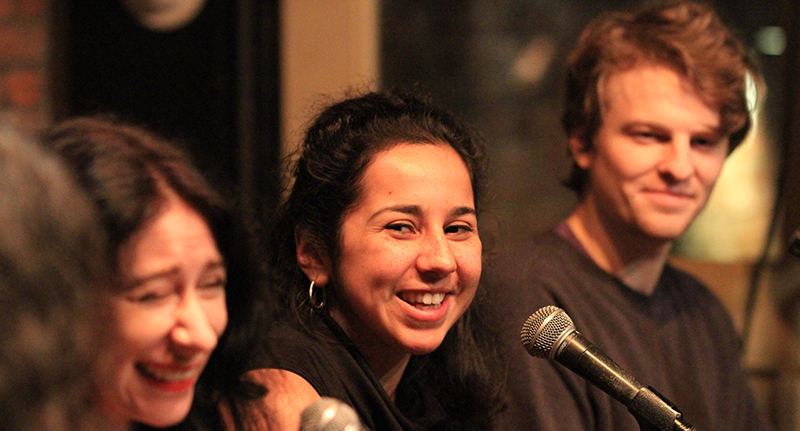 This week, the podcast features the reading and panel discussion from the LIC Reading Series event on February 11, 2020, celebrating Writers of Queens, with Rosebud Ben-Oni (turn around, BRXGHT XYXS), Rye Curtis (Kingdomtide), Safia Jama, and Stephanie Jimenez (They Could Have Named Her Anything). Listen to the readings here!

Rosebud Ben-Oni is the winner of the 2019 Alice James Award for If This Is the Age We End Discovery, forthcoming in 2021, and the author of turn around, BRXGHT XYXS (Get Fresh Books, 2019). Her poem “Poet Wrestling with Angels in the Dark” was commissioned by the National September 11 Memorial & Museum in New York City, and published by The Kenyon Review Online. She writes for The Kenyon Review blog. She recently edited a special chemistry poetry portfolio for

Safia Jama was born to a Somali father and an Irish-American mother in Queens, New York. A Harvard graduate and a Cave Canem fellow, she has poetry appearing in Ploughshares, Boston Review, BOMB, Cagibi, and RHINO. Safia is a Pushcart-nominated poet and her manuscript was a semi-finalist in the Pleiades Press Editors Prize for Poetry. She was the subject of a “Shades of U.S.” documentary about her life and work (CUNY TV). Safia teaches in the English Department at Baruch College.

Stephanie Jimenez is based in Queens, New York. Her fiction and non-fiction have appeared in the Guardian, O, the Oprah Magazine, Joyland Magazine, The New York Times, and more. She is a former Fulbright recipient and a graduate of Scripps College in Claremont, California. Her debut novel, They Could Have Named Her Anything, was published on August 1, 2019 (Little A). 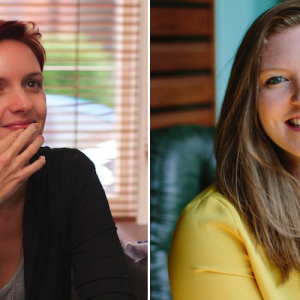 On today's episode of Rekindled, Heather Parry talks with Gemma Milne about her new book, Smoke & Mirrors: How Hype Obscures...
© LitHub
Back to top