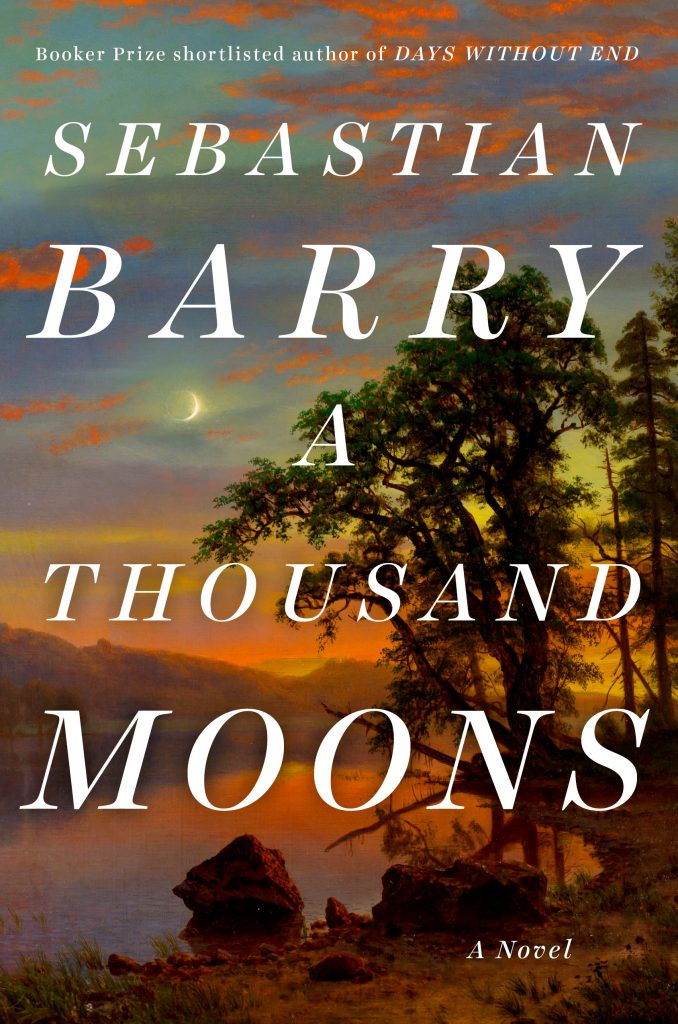 The follow is an excerpt from A Thousand Moons, a novel by Sebastian Barry. Barry is an accomplished playwright and novelist. His awards include the Irish-America Fund Literary Award, The Christopher Ewart-Biggs Prize, the London Critics Circle Award, The Kerry Group Irish Fiction Prize, and Costa Awards for Best Novel and Book of the Year. He lives in Wicklow with his family.

In early times I was Ojinjintka, which means rose. Thomas McNulty tried very hard to say this name, but he failed, and so he gave me my dead cousin’s name because it was easier in his mouth. Winona means first-born. I was not first-born.

My mother, my elder sister, my cousins, my aunts, all were killed. They were souls of the Lakota that used to live on those old plains. I wasn’t too young to remember—maybe I was six or seven—but all the same I didn’t remember. I knew it happened because afterwards the soldiers brought me into the fort and I was an orphan.

A little girl can suﬀer many a seachange. By the time I got back to my people, I couldn’t converse with them. I remember sitting in the teepee with the other women and not being able to answer them. By that time I was all of thirteen or so. After a few days I found the words again. The women rushed forward and embraced me as though I had only just arrived to them that very moment. Only when I spoke our language could they really see me. Then Thomas McNulty came to get me again and took me back to Tennessee.

Even when you come out of bloodshed and disaster in the end you have got to learn to live. You have to look about you, see how things are, grow things or buy things as the case may be.

The little town near by us in Tennessee was called Paris. Lige Magan’s farm was about seven miles out. It was quite a few years after the war but the town was still full of rough Union soldiers kicking their heels, and the defeated butternut boys were a sort of secret presence, though they were not in their uniforms. Vagabonds on every little byway. And state militia watchful for those vagabonds.

My mother, my elder sister, my cousins, my aunts, all were killed. They were souls of the Lakota that used to live on those old plains.

It was a town of many eyes watching you anyhow, an uneasy place.

To present yourself in a dry-goods store to buy items you have got to have best English or something else happens. At the fort Mrs Neale had given me my first English words. In later times John Cole got me two books of grammar. I looked at them long and good.

It is bad enough being an Indian without talking like a raven. The white folks in Paris were not all good speakers themselves. Some were from other places. Germans, Swedes. Some were Irish like Thomas McNulty, and only got to English when they got to America.

But myself being a young Indian woman I guess I had to talk like an empress. Of course I could have oﬀered my list of items that Rosalee Bouguereau, who worked on Lige’s farm, had written out. But it was better to speak.

Else what was happening was, I was going to be beaten up every time I was in town. It was English kept me from that. Some straggly farmhand might look at you and see the dark skin and the black hair and think that gave him a right to knock you down and kick you. No one saying boo to him for that. No sheriﬀ or deputy neither.

It wasn’t a crime to beat an Indian, not at all.

John Cole, even though he had been out as a soldier and was a good farmer, got bad treatment in town because his grandmother or the woman before his grandmother was an Indian person. So that was writ in his face a little. Even English couldn’t protect him. Because he was a big grown man maybe, he couldn’t hope for mercy just all the time. He had a lovely face as people attested in especial Thomas McNulty but I guess the townsmen could sometimes see the Indian in it. They beat him so bad and then he was just a plank of suﬀering in the bed and Thomas McNulty swearing he would go in and kill someone.

But Thomas McNulty’s shortcoming was he was poor. We were all poor. Lige Magan was poor enough, and he owned the farm, and we were poor underneath Lige.

It wasn’t a crime to beat an Indian, not at all.

Also, Thomas had been in Leavenworth prison for desertion, so the uniforms about the town made him jumpy, even though he always said he loved the army.

I myself was lower than Rosalee Bouguereau. She was a black-skinned saint of a woman let me tell you. She used to go out and shoot rabbits with her brother’s rifle along the back woods of Lige’s farm there. In the famous battle with Tach Petrie— famous to us anyhow, when he and his accomplices had tried to rob us, advancing on our homestead with implacable intent—she distinguished herself by reloading the rifles faster than ever was—so said John Cole.

But she was a slave before the war and a slave is low down in the eyes of white folks of course.

So I was lower than that.

I was just the cinders of an Indian fire in the eyes of the town. Indians in bulk were long gone from Henry County. Cherokee. Chickasaw. Folks didn’t like to see an ember drifting back.

In the eyes of the Great Mystery we were all souls alike. Trying to make our souls skinny enough to squeeze into paradise. That’s what my mother said. Everything I remember of my mother is like the little pouch of things that a child carries to hold what is precious to her. When such a love is touched by Death then something deeper even than Death grows in your heart. My mother fussed over us, myself and my sister. She was interested in how fast we could run, and how high we could jump, and she never tired of telling us how pretty we were. We were just little girls, out there on the plains, under the starlight.

Thomas McNulty sometimes liked to tell me I was as pretty as the things he thought were pretty—roses, robins and the like. It was mother’s talk he was doing since I had no mother then. It was strange that in the old wars he had killed many of my people when he was a soldier. He might have killed even some of my own family, he didn’t know.

“I was too young to remember,” I would say to him. Of course I hadn’t been, but it came to the same thing.

It used to make me feel very strange listening to him talk about that. I would start to burn from the centre of my body. I had my own little pearl-handled gun that the poet McSweny gave me in Grand Rapids. I could have shot Thomas with that. Sometimes I thought I should shoot something—shoot someone. Of course I did shoot one of Tach Petrie’s men, not actually during the famous battle, but another time, when they accosted us on the road—right through the chest. And he shot me, but it was only a bruise, not a wound.

I had the wound of being a lost child. Thing was it was they that healed me, Thomas McNulty and John Cole. They had done their damnedest I guess. So they both gave me the wound and healed it, which is a hard fact in its way.

I guess I had no choice in the matter. Once your mother is taken from you you can’t ever catch up with her again. You can’t cry out ‘Wait for me’ when the winds turn cold under a wolf moon and she has walked far ahead of you across the grasses searching for wood.

So Thomas McNulty rescued me twice. The second time, as Thomas ventured back through the battlefield with me in tow, dressed as it happened as a drummer boy, Starling Carlton wanted to kill me, right there. We bumped into him. He was waving his sword and shouting. He said all the Indians had to be killed, it was the major’s orders, and he was going to do just that. So Thomas McNulty had to kill him instead. Thomas was very sad about that. They had been soldiers together a long time. 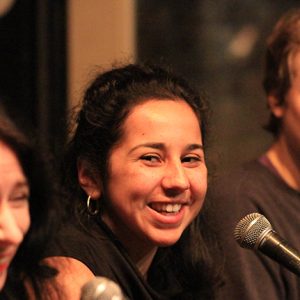 Rosebud Ben-Oni, Rye Curtis, Safia Jama, and Stephanie Jimenez on Being a Writer in Queens Where is all of the literary love for Queens? It's right here at LIC Reading Series. Join them each week for stories, readings,...
© LitHub
Back to top