On the Role of Hype in Contemporary Tech

On today’s episode of Rekindled, Heather Parry talks with Gemma Milne about her new book, Smoke & Mirrors: How Hype Obscures the Future and How to See Past It, about how hype is responsible for fundamentally misdirecting or even derailing crucial progress, from AI, quantum computing and brain implants, to cancer drugs, future foods and fusion energy. Parry and Milne discuss the definition of hype, being “consensually fooled,” and spreading narratives in a responsible way.

Heather Parry: Can you define hype for us, in a science and tech context?

Gemma Milne: It’s funny, this is something I had struggled with. I interviewed about 60 people for the book, experts, and I always tried to get them to define it—everyone had a different take, mainly because it’s emotional, they would say, it’s this bad thing. But in the context that I’m looking at it, it’s defined as exaggerated publicity… or the use of advertising to get a message out in the world. So it was when I started thinking of it in that way that it struck me as a tool, rather than an annoyance, which is how most people view it in our world. 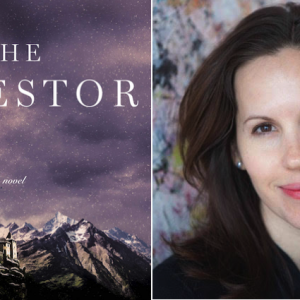 On this episode of Sheltering, Danielle Trussoni speaks with Maris Kreizman about her new gothic novel, The Ancestor, which...
© LitHub
Back to top