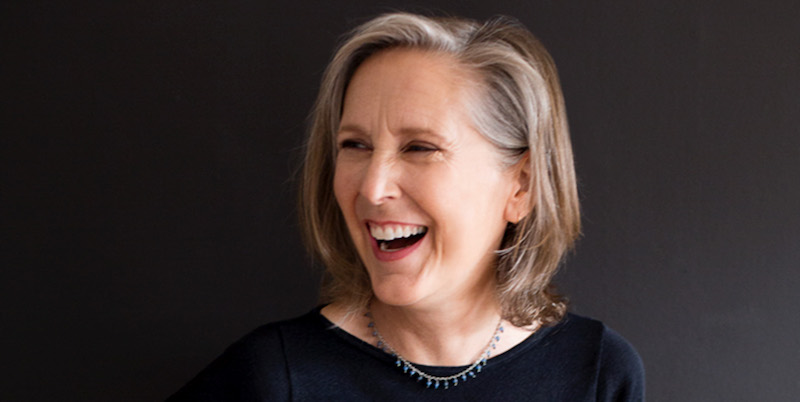 Also, How to Know When You’re Writing a Book

Mary Roach began our conversation with an apology. Firefighters in northern California, a few hours away from her home, were battling an already-active fire season; as we discussed that, I recalled the influx of wildfire smoke that traveled last year from her coast to where I live in New York City. “I think you got more than we did!” she said. “Sorry about that … my state, my smoke.”

It was a very Mary Roach thing to say. Her distinctively wry, self-effacing, funny-yet-informative approach has defined her work across a long career writing from various corners of the scientific world, covering subjects as diverse as the science and history of cadavers (Stiff: The Curious Lives of Human Cadavers), human sexuality (Bonk: The Curious Coupling of Science and Sex), and digestion (Gulp: Adventures on the Alimentary Canal). Her latest, Fuzz: When Nature Breaks the Law, broaches the subject of human-wildlife conflict, a topic that took her from St. Peter’s Square, where birds wrecked an artfully composed Easter floral setup, to the Indian estates where elephants have destroyed buildings in search of alcohol, and many other places in between, including a face-to-face bear encounter in Colorado. Reporting from the sites of these conflicts (or near-conflicts), Roach highlights the often-bizarre world of interspecies clashes and how we work, with varying degrees of success, to manage them.

She spoke to me about what happens when animals “break” human laws, the process of shaping research into a book, and how to sell a nonfiction project. (Also, what we’re getting wrong about bears.)

Corinne Segal: What made you want to write about the antagonistic side of human-wildlife relationships?

Mary Roach: I almost wish that I had one of these wonderful “When I was a child, I was carried away by a cougar and raised…” I don’t have an appropriate origin story. It’s one of those, you know, I’m looking for a book and I got interested in some of the work that’s done. At the National Fish and Wildlife Forensics Laboratory up in Oregon, [Bonnie Yates] had written a paper on how to tell real tiger penis from fake—dry tiger penis is sold illegally as an erectile dysfunction treatment, obviously not effective and not legal—and so, talking with her about some of her work, [I] thought, well, you know, this might be interesting, either for a story or I’m not sure where it would lead. But then, as it turns out, legally, you can’t tag along with an investigator on an open case. And for my books, I like to be on the scene reporting. That’s just how I like to work. So that was kind of a dead end.

At some point, I thought, what if I turn that around? What if the wildlife were the perpetrators rather than the victims? And that led me to the science of human-wildlife conflict. And that was a science I had never heard of.

“My book proposals rarely have a lot of overlap with my books.”

CS: How would you describe or define the science of human-wildlife conflict?

MR: I think it’s a pretty young field. For a long time, the American approach to wildlife was more along the lines of, get rid of them, particularly the ones that threatened livestock or agriculture. Human-wildlife conflict, basically wildlife crime prevention, [covers] ways of preventing conflict before it happens—because once conflicts start to happen, it typically doesn’t go well for the animal in question. […] Human-wildlife conflict is the science of how we prevent, or effectively, humanely (hopefully) resolve these conflicts between people and wild animals.

CS: I’d love to hear more about the research and how that changes the story that you’re working on. So you hit on this topic—what happened next?

MR: I was kind of clinging to some of the work that I’d done initially on wildlife crime forensics. I wanted to go up to this part of Alaska where they were doing some interesting work—headless walruses were washing ashore and they were trying to figure out, were the heads removed before or after they went in the water? I thought, maybe I can marry these two together, even though the situation isn’t ideal and I’m not going to be able to participate in an open case. But very quickly, I realized it was not a clean book.

At one point I went off down the road of agricultural crime. I got distracted by the fact that there’s something called “grand theft avocado,” where people steal thousands of avocados before the Super Bowl because there’s so much demand for people making guacamole. And I got very excited that there is no legal category [called] Grand Theft Avocado, but agricultural crime was a bit of a dead end; for one thing, a lot of the sheriffs’ departments are the ones who investigate that, and they were not very receptive to my coming in and hanging out. And a lot of agricultural crime is less interesting than grand theft avocado.

At a certain point, as I began to get more involved in human-wildlife conflict and began to see that that was a richer area than I might have imagined, that’s when I dropped the other two sections that I had tried to cram into the book. I’m not, in any way, being comprehensive in covering the most important elements of this subject or science. I’m really very focused on, what will be the most interesting reads for people? There’s a lot of initial flailing—calling people up, going places, then realizing it doesn’t really fit. It might be six months in before I really have a strong sense of how this book will progress, what’s going to be in it, and what general order those chapters will be.

I don’t recommend it as a way to write a book, but it seems to be how I do it.

CS: Quite a bit of the book deals with bears—and I was wondering if you ran into any common misconceptions about them or any insights you have about our relationship with them in the US. Basically, what are we getting wrong about bears?

MR: I think the misconceptions fall into two very, very different categories. On the one hand, you have people who are utterly terrified of bears because they don’t live in an area where they ever see them. And so their knowledge of theirs comes from movies like The Revenant or that that crazy image that The Colbert Report used to show with that snarling bear, you know, or headlines about bear attacks, that lends this general perception that they are predators, that they attack humans intentionally to kill them and eat them, which they don’t. Very, very occasionally there’s a predatory attack, but usually it’s defensive: you know, you’ve startled the bear. […]

“I think that the best advice I can give you is in the context of the worst advice I ever got.”

So there’s the one kind of misconception that bears are these terrifying, predatory animals that will just, for no reason, attack you and kill you. And that is just misplaced terror. But on the other extreme, I think, [are] people who see bears in the context of a national park, where they’re kind of lumbering around and you may see them on a campsite, et cetera, and they’re adorable. People go up and take selfies with bears now, which is not smart.

CS: For this book, and for others that you’ve written, I’m wondering what made you decide when something rises past the level of a feature piece—how do you know when it’s a book?

MR: Great question. I sometimes dash off a half-baked note to my agent: Does this sound like anything? My books are so broad—each chapter wanders in different terrain, and each one of those chapters, I suppose, could be a feature story and I’ve got to link them in an order and make them progress in a way that is not just a collection of magazine pieces. But I guess it would be more like, [one of my books] could be 15 magazine articles. I don’t do books that have that wonderful narrative through-line that somebody could just follow. […] It helps to have the input of my agent or my editor; I sometimes run ideas by them, and their feedback helps me shape where I’m going, because I’m really not the best judge of that. Sometimes I sell a book, start off down that road, and it ends up changing quite radically from what I’ve proposed. My book proposals rarely have a lot of overlap with my books.

CS: I’m wondering if there’s any advice you have for nonfiction writers who don’t know where to get started on a book project. Maybe they have some sort of idea or a topic, but don’t necessarily know the full story. Is there anything you can share?

MR: For somebody who somebody has an idea, and they want to know, how do I take this idea from a concept through to a contract with a publisher—well, [first] it’s the concrete steps that everybody knows. It’s get an agent and get to write a book proposal or write a book proposal, then find an agent, and the agent sells the book. But that’s a tricky thing. You need to hook the agent, so the book proposal is very important. You want [to write] something that’s going to make this person excited, like this is a really surprising idea or it’s a surprising approach and it stands out from the dozen other book proposals on their desk.

I think that the best advice I can give you is in the context of the worst advice I ever got. I had an agent contact me and say, “I’d really love to work with you. I’m thinking, that book, The Physics of Star Trek, you know how popular that was? What if you were to do the biology of…” I don’t know what the show was. But, “If that book was successful, try to do the same thing,” which is terrible advice, because you want to be the person who came up with the fresh idea that other people try to imitate. You don’t want to be one of the people trying to imitate it.

There’s this quote that I really love, maybe look it up and find out who said it. The quote is “Traveler, there is no path / The path is made by walking.” [Editor’s note: Spanish poet Antonio Machado wrote these lines in his book Campos de Castilla, published in 1912.] In other words, go out there and be the first one to make the path that other people are going to try to follow because it was surprising and fresh and people responded to it. Just know that that’s the kind of thing that agents and editors are looking for.

This conversation has been edited for length. 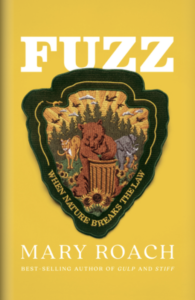 Fuzz: When Nature Breaks the Law by Mary Roach is available via W. W. Norton & Company.

Is the Original Pinocchio Actually About Lying and Very Long Noses?

“Maybe More People Should Have Writer's Block.” In Which Joy Williams Responds to Our Questions Via Typewriter 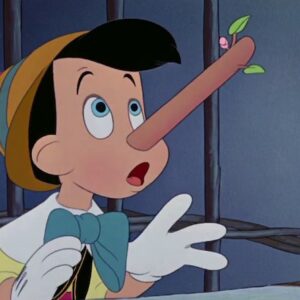 Is the Original Pinocchio Actually About Lying and Very Long Noses?

The gap between the way Carlo Collodi’s The Adventures of Pinocchio is perceived in the land of its origin and the view...
© LitHub
Back to top
Loading Comments...