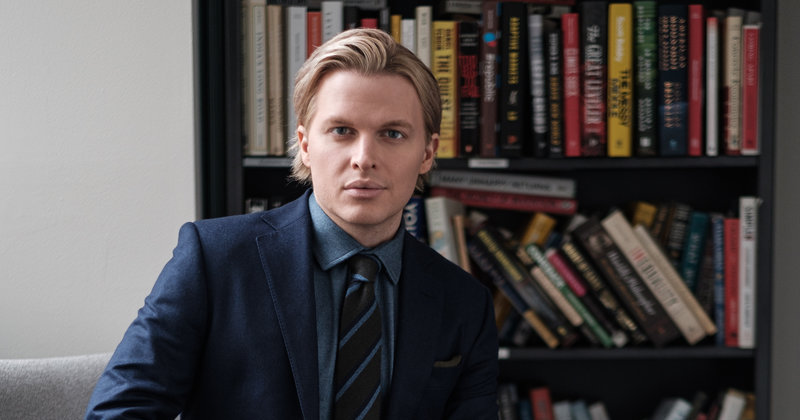 Yesterday, Grand Central Publishing, an imprint of Hachette Book Group, announced that they would be publishing Woody Allen’s memoir, Apropos of Nothing, a book we all once thought would never see the light of day, considering his history of sexual misconduct. The news, as we noted yesterday, also has a second layer of discomfort: the fact that Little, Brown and Company, another imprint of Hachette Book Group, published Ronan Farrow’s Catch and Kill: Lies, Spies, and a Conspiracy to Protect Predators, in October of last year. (Farrow, of course, being Allen’s son with Mia Farrow; Farrow’s adopted sister Dylan has accused Allen of molesting her when she was a child.)

Last night, Ronan Farrow shared his thoughts about the development on Twitter:

I was disappointed to learn through press reports that Hachette, my publisher, acquired Woody Allen’s memoir after other major publishers refused to do so and concealed the decision from me and its own employees while we were working on Catch and Kill—a book about how powerful men, including Woody Allen, avoid accountability for sexual abuse. Hachette did not fact check the Woody Allen book. My sister Dylan has never been contacted to respond to any denial or mischaracterization of the abuse she suffered at the hands of Woody Allen—a credible allegation, maintained for almost three decades, backed up by contemporaneous accounts and evidence. [ed. note: Dylan Farrow’s own statement confirmed that she was not contacted by fact checkers, calling it “an egregious abdication of Hachette’s most basic responsibility.”‘ It’s wildly unprofessional in multiple obvious directions for Hachette to behave this way. But it also shows a lack of ethics and compassion for victims of sexual abuse, regardless of any personal connection or breach of trust here. I’ve encouraged Hachette, out of respect for its readers, authors and reputation, to conduct a thorough fact check of Woody Allen’s account, in particular any claim that implies my sister is not telling the truth. I’ve also told Hachette that a publisher that would conduct itself in this way is one I can’t work with in good conscience.

In fact, according to The New York Times, what Farrow wrote to Michael Pietsch, the chief executive of Hachette, was this:

Your policy of editorial independence among your imprints does not relieve you of your moral and professional obligations as the publisher of Catch and Kill, and as the leader of a company being asked to assist in efforts by abusive men to whitewash their crimes. . . As you and I worked on Catch and Kill— a book in part about the damage Woody Allen did to my family—you were secretly planning to publish a book by the person who committed those acts of sexual abuse . . . Obviously I can’t in good conscience work with you any more. Imagine this were your sister.”

“Grand Central publishing believes strongly that there’s a large audience that wants to hear the story of Woody Allen’s life as told by Woody Allen himself,” Pietsch told The Times. “That’s what they’ve chosen to publish.”

Let this serve as your periodic reminder that it is always, always, only about the money.