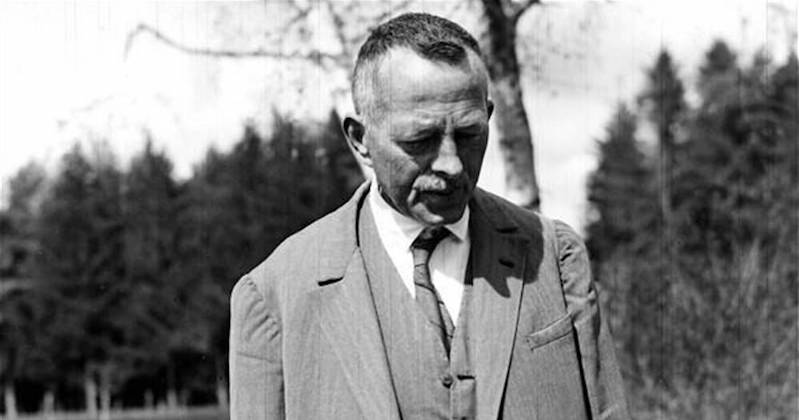 Robert Walser obviously had a thing for paper. We know he loved his pen, and when it began to cramp his hand and his style, he learned to value pencils. About the tiny, filigreed hieroglyphs known as “microscripts,” he said, “with the aid of my pencil I was better able to play, to write.”

But he clearly was also a paper fetishist, and the recycled fragments—calendar pages, stained envelopes, brown postal wrappers, business cards, and on at least one occasion, “white paper used for art prints”—must have appealed to him for their graphics and textures, their odd shapes and sizes, their tactile qualities.

I couldn’t quite fathom The Assistant—I kept thinking of Kafka and how the modernist style never persuasively seeped into my veins. I read a hundred pages expecting I’d stop there, but then I kept on reading, mostly in the middle of the night when I couldn’t sleep, waiting for pills to kick in. I’d been thinking of this novel as a bourgeois satire but then began to be struck by its interludes of escape into the beauty and the “authenticity”of nature.

I could never find a pencil near the bed and shamelessly dog-eared pages from a library copy in order to remember certain passages, delirious accounts of protagonist Joseph’s forays into the countryside, especially the enchanted, golden vale in the forest where his mother sits and for a rare moment is happy and at peace, thereby granting her children, normally guarded and attuned to her shifting moods, the giddy freedom to frolic in the paradisiacal, wooded playground, a fairy-tale space they’ve come upon by chance. The Assistant, for all its strangeness and alienation, is rich in long, drawn-out passages of delirious, intoxicated reveling in the loveliness of nature.

There is a deep gratification to projects—this essay, and the Subway Writers—connected to the experience of books read in the night. With their oneiric quality of improbability, of peculiar and inexplicable behaviors, Walser’s novels seemed the perfect books to be reading when I was not far from dreams myself.

Reading Jakob von Gunten at 6 am, again waiting for sleep, and thinking, Why, as per Jean Genet (who finds his way in here by happenstance as will soon be explained), does everything need to be instrumentalized: read or looked at, consumed with a view as to how it might be made into something else? Even as I scribble this note at 6:15 am. I feel the satisfaction/relief of productivity.

Jakob’s abjection at the Benjamenta Institute (a boys’ school for servants) reminds me of Genet’s incarceration at the Mettray Penal Colony (ostensibly a school for sailors). My friend the artist Pradeep Dalal cited Genet at a public event—against efficiency and output and about how we should spend more time listening to music, for instance—and later told me the quote came from an interview he’d watched. I assumed it was the infamous 1985 BBC interview where Genet turns the camera on the crew and begins to interrogate them, but apparently not, I found out, after watching the few clips available on YouTube, and later by reading a complete transcript.

With their oneiric quality of improbability . . . Walser’s novels seemed the perfect books to be reading when I was not far from dreams myself.

The transcript did, however, reveal that Genet wrote his second novel, Miracle of the Rose, on scraps of brown paper bags, which of course reminded me of Walser. Genet’s manuscript was found by the prison warden and destroyed, so he bought a notebook from the commissary and rewrote the whole thing from memory, hiding under thebedcovers.

In Jakob von Gunten the narrator says, “I must write a short and true account of my life. That means paper. So I have the added pleasure of walking into a stationer’s.” (Walser’s father owned a toy and stationery shop.)

Happy for the excuse to keep on reading, I proceed in a desultory fashion, sometimes by day and still in the middle of the night, to read Walser’s remarkably buoyant Berlin Stories and Carl Seelig’s account of their walks together; and the Genet interviews and Edmund White’s descriptions of Genet in the last two decades of his life, when he connected with the Panthers and the PLO, and after a very long writing hiatus, worked on Prisoner of Love.

Both Walser and Genet, in these later periods of their lives, lived marginally, owning one or two sets of clothing, no books, few possessions; a psychiatric hospice for Walser, cheap hotels by train stations for Genet. Both men had attempted suicide at least once, and for 20 years Genet took Nembutal every night to sleep, though it compromised his memory and his ability to write.

Asked about the defining moment at which he knew he’d be a writer, Genet described buying a postcard from the prison store to send to a German friend:

The side I was supposed to write on had a sort of white, grainy texture, a little like snow, and it was this surface that led me to speak of a snow that was of course absent from prison, to speak of Christmas, and instead of writing just anything, I wrote to her about the quality of that thick paper. That was it, the trigger that allowed me to write.

Genet’s anecdote about a small rectangle of card stock that inspired him to dilate upon the quality of the paper and its resemblance to snow is uncannily in the spirit of Robert Walser.

Genet often claimed that the happiest years of his life were those spent in the reformatory and in prison: “Prison isn’t prison, it’s escape, it’s freedom. There you can escape the trivial and return to the essential.” In Walks with Walser, the writer tells Carl Seelig, apropos of his arrival at Herisau: “I was very content in my sick person’s room. To remain prone like a felled tree, without having to move one’s little finger. All desires drift off to sleep, like children tired of playing. It’s like being in a monastery, or in the anti-chamber of death.”

And invoking the last 30 years of Hölderin’s life, in the care of others, Walser remarked, “To be able to dream quietly in a corner without constantly having tasks to fulfill is no martyrdom.” He is also reputed to have said of his confinement at Herisau, “I am not here to write but to be mad.”

Walser died on Christmas day, 1956, in the snow. At the end of the BBC interview, asked what he was doing with his life, Genet responded, “I will answer, as per Saint Augustine: I am waiting for death.”

A strange/familiar lassitude sets in. I’ve sent a first draft to Donald (the above paragraphs), thinking the piece is approaching completion, but he emails back and says “Please write more.” And in order to write I must keep reading. I stumble across something about Genet and addiction, and find under “health” in the index of Edmund White’s biography: drug abuse, Nembutal. On the weekend I see a production of The Maids.

There is a peculiar divide in my attention/appetite where I only want to read about Genet, and have now been drawn into White’s giant doorstop of a biography, an almost overly stimulating book, but find the fiction too hardcore. The opposite is true with Walser: I am a convert and will now read anything by him. Also the Seelig book Walks.

Both Walser and Genet, in these later periods of their lives, lived marginally, owning one or two sets of clothing, no books, few possessions.

There is no question Genet and Walser were very different writers, opposite ends of the spectrum in fact. But I nonetheless find the similarities in their philosophical outlooks and the circumstances of their final years compelling. Genet was an avowed partisan of the underclass, the marginalized, the poor. Notably American Blacks, and the Palestinians, of whom he wrote: “visible wretchedness is counterbalanced by a hidden glory.” Genet disdained bourgeois pretension, as did Walser, who lived an almost Ghandian simplicity.

Walser was more diffident in his allegiances, reclusive, and withdrawn. A solitary walker, committed to “faithful, devoted self-effacement and self-surrender among objects.” He had strong opinions but was not openly engaged politically, as Genet was.

Walks is filled with Walser’s philosophy about leading a modest life, finding beauty in mundane things, getting by with less. He even goes so far as to imply that the misfortunes of war have a silver lining in that they force people to live more simply: “in my opinion, modern man has too many needs.” Humility, divestment . . . He never wanted a library of his own.

April 13th: I learn of Donald’s death and think of how much Walser must have been a comfort to him in his final months of life. I imagine that Donald gravitated to Walser because of his writing but also because of his life—his stoicism and staunch asceticism, his acute powers of observation and transformative focus on the ordinary, his love of nature and walking. At the end of his life Walser was no longer writing, but, as Maroun Baghdadi put it in Room 666, “taking the time to live.”

I finally finish Walks, which I’d begun at Donald’s recommendation, after seeing his copy in which he’d underlined and translated many words and made comments in the margins. I read this small, inexpensive paperback sent to me by my friend Alison in Paris mostly on the subway, but also in the middle of the night, waiting for sleep. 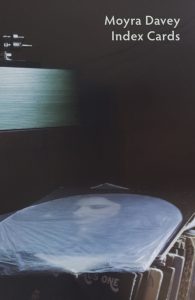 Moyra Davey is a New York-based artist whose work comprises the fields of photography, film and writing. She has produced several works of film, most recently I confess (2019), which will premiere in North America at the Museum of Modern Art. She is the author of Burn the Diaries, The Problem of Reading, and is the editor of Mother Reader: Essential Writings on Motherhood. Her work is held in major public collections, including the Museum of Modern Art and the Metropolitan Museum of Art in New York, and Tate Modern in London. She is a 2020 recipient of the John S. Guggenheim Memorial Foundation Fellowship. 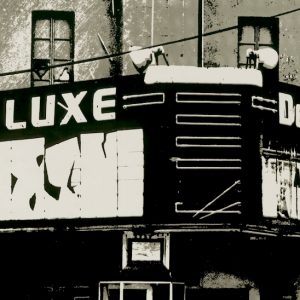 A sunny Tuesday afternoon at my dining room table, February 2020: I realize for the third day in a row that I’m not going...
© LitHub
Back to top
Loading Comments...