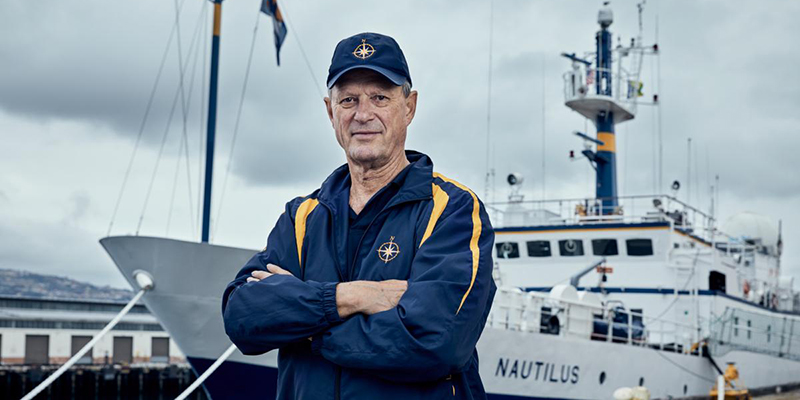 For many reasons, when you hear the name Robert Ballard, you might think of the discovery of the Titanic. But, forgive us for this, that’s just the tip of the iceberg. There are the other discoveries of shipwrecks like the Bismarck, the Lusitania, and the PT-109. There is the pioneering development of remote submersibles and telepresence that have escalated undersea exploration exponentially. There’s also the discovery of hydrothermal vents on the floor of the ocean that could eventually be a source of food and energy. Most profoundly, there is Robert Ballard’s restless enthusiasm for discovery and adventure and the commitment to creating the oceanic exploration version of the Lewis and Clark expedition.

In this episode of Just the Right Book with Roxanne Coady, Robert Ballard joins Roxanne Coady to discuss his new memoir, Into the Deep: A Memoir From the Man Who Found Titanic, out now from National Geographic.

Robert Ballard: You have to understand that I’m a scientist, and I saw the Titanic as a quest. I saw it as a cover for a military. I was not emotionally attached to the Titanic. I wasn’t a kid that when I was growing up just couldn’t get enough Titanic. I wasn’t that caught up in it until I found it, and that was quite surprising … I’m 13th generation American, and I had family members on both sides of Pickett’s Charge at the Battle of Gettysburg. And every American should go to Gettysburg and say never, never again do we want another civil war because every casualty was in America. Particularly in my family, one more blue and one wore gray. The ground speaks to you. And it wasn’t so much the Titanic as a ship. It was being at the spot. Like the Arizona at Pearl Harbor, being at a place where the ground speaks to you. And it spoke and and it really blew me away. I was deeply affected by it. And that’s why I said I will never, ever take anything from this. I never did.

Robert Ballard: I was really ran over by a media truck. Now, fortunately, I had made some seminal discoveries. I’d done TV shows with National Geographic. I’d done talk shows and all of that. But this was at another level. This was like a feeding frenzy, and I was ran over by a truck. As you know, at the beginning of the book, because, as I said I’m not only the 13th generation American, I’m the first in my family to go to college. I traced my roots back to Kansas and to eight generations of Quakers. So it was my mother who called because I came back from finding the Titanic, and actually National Geographic had me on the Today Show, The Tonight Show, the Tomorrow Show, the Day After Tomorrow show. It was a media frenzy. I finally got home and the phone rang and here’s my mother and she said, we saw you on all the shows. But, you know, it’s too bad you found that rusty old ship because you’re a great scientist. You’ve made seminal discoveries. But now they’re only going to remember you for that rusty old boat. And you know, mom’s are always right.

So, yeah, it’s been an interesting duality in my life because I am very proud to be a very accomplished scientist who’s made really critical discoveries. The discovery of hydrothermal vents. What the origin of life on our planet. A guide to finding life elsewhere in the universe. That’s pretty cool. We rewrote the book when we prove the theory of plate tectonics. We wrote rewrote the biology book with hydrothermal vents. We rewrote the chemistry book with the discovery of black smokers in the circulation system inside our planet. We’ve done some amazing stuff, and it’s all in the book, but I’m sure people are going to initially buy it [because of the Titanic]. When we were going to do the title, they said they had to put the man who found the Titanic on the cover.

Robert D. Ballard has conducted more than 150 expeditions and is a world-renowned pioneer in deep-sea exploration. He is best known for finding the wreck of Titanic, but he also discovered hydrothermal vents, ancient ships and artifacts in the Black Sea, and many other historic shipwrecks including Bismarck, Lusitania, and PT-109. Since 2008 he has managed Nautilus, his flagship for exploration, operated by the Ocean Exploration Trust and funded in part by NOAA. Among his many honors he holds the Explorers Club Medal, the National Geographic Hubbard Medal, and the National Endowment for the Humanities Medal. He lives in Lyme, Connecticut. 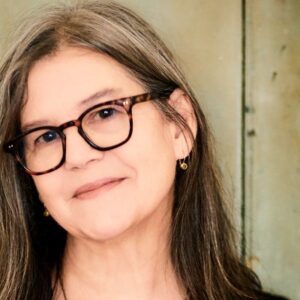