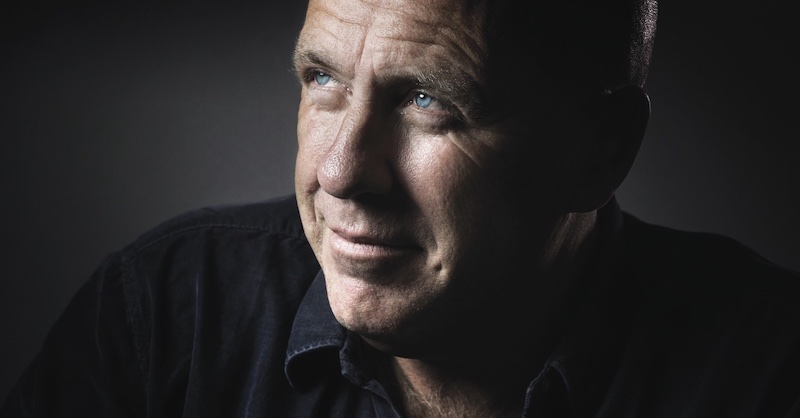 Via The Bay Area Book Festival

Tasmanian writer Richard Flanagan has been called “one of our greatest living novelists” (Washington Post). His seven novels have received numerous awards, including the 2014 Booker Prize for The Narrow Road to the Deep North, and the Commonwealth Prize for Gould’s Book of Fish. He also has been an outspoken activist on the environment with several nonfiction publications, mostly recently Toxic, an exposé of the Tasmanian salmon industry. In May 2021, he delivered the PEN Arthur Miller Freedom to Write Lecture.

His latest novel, The Living Sea of Waking Dreams (Knopf), has been called a “magical realist tale of ecological anguish … [that is] also playful… at its heart, hopeful” (The Guardian) and a “cry of alarm about what we choose to pay attention to” (New York Times Book Review). I found it to be one of the most profound, moving novels I’ve ever read, a true masterpiece.

Flanagan responded via email to my questions in advance of his Bay Area Book Festival UNBOUND virtual event, where he will converse with celebrated poet Jane Hirshfield (Ledger), on Thursday evening, June 3. Tickets include a ten-day viewing period after the live event.

Cherilyn Parsons: Where are you writing to us from right now?

Richard Flanagan: A table in Tasmania.

CP: In January 2019, at the height of the fires raging in Tasmania, you went to tiny Maatsuyker Island to work on a novel. But you found yourself creating a different story, which became The Living Sea of Waking Dreams. You’ve said it “was there, on that very remote island, with that shrieking wind and the noise of waves on the cliffs,” that you found the voice and the story you wanted to tell. Why do you think it happened there? What’s needed for a writer to stumble upon this magic elixir?

RF: I have no idea. If I did I would return to it every book. All I know is that to know what I am writing I have to write.

CP: Beyond time and solitude, what conditions, inner and outer, do you think are optimal for a writer to create her best work?

RF: The great thing about writing is that it can be produced in sub-optimal—even atrocious—conditions. And so many of the most interesting books are. It’s the one art form that isn’t beholden to power or money. Which is perhaps why so much of what we celebrate in writing comes from the edges—geographically, politically, socially, economically. What a writer needs above all is a mad courage to overcome the fear of failure we all have, which is also, unfortunately, often also the most destructive vanity. The reader wins in this, and mostly the writer gains little or loses most things or even everything. Their grail is that they will make something beautiful and very occasionally enduring, and, of course, they almost never get there. But how wonderful that they keep trying.

CP: How do you know a manuscript isn’t working? You say you’ve discarded the manuscript you brought to Maatsukyer Island. Why?

RF: If a ms bores me it’s likely it will bore the reader. And a novel can do anything, but it cannot be boring. Writers become known for the books they choose not to write, or having written, not publishing.

Not until people are really tested do they know who they are and of what they are capable.

CP: Here in California, following the horror of the 2019 fire season, then the worse horror of 2020, we’re dreading the coming months; the drought now is even worse than it was last year. I know Australia is the same, and other regions of the world face their own climate catastrophes. How can literature make a difference, if it can? How can we keep writing despite grief?

RF: I am very sorry to hear that news. At the edge of another abyss, 1939, Auden famously wrote that poetry makes nothing happen. The second half of the line—its coda— is almost always forgotten, but it is that which is Auden’s real point. “It survives,” he wrote. And in surviving, it offers hope. The challenge I felt was to find a language that spoke of both the grief so many feel and that hope

Because that will survive, and in surviving becomes “A way of happening, a mouth” with which the things that matter can be said, the questions that need asking can be put.

CP: You’ve said you didn’t want The Living Sea of Waking Dreams to be labeled as “climate fiction.” Why?

RF: Why? Because adjectives are judgements and judgements are frequently mistaken and always misleading.

CP: I came across an online commenter to the New York Times review of Living Sea saying he wouldn’t read the book because it would be too dark and upsetting. Ironically, a major theme of the novel is precisely the damage caused by this sort of active “looking away.” But you also explore the emotional pain behind such effort to not see. What do you say to people to whom this novel, and others like it, can feel overwhelming?

RF: Am I allowed to say miserable bastards? It’s also a comic book as several commentators have noted, and it’s hopeful. But at such a moment in our history it is an offense to people to pretend the world is a rosy place. It’s not and we need to get honest about what has happened and is happening. All these crises—racial, political, economic, environmental, medical—are finally one crisis, and the horror of it weighs on us all, and to change it we have to name it, we have to point, we have to find language that opens us up to what has and will happen. I wanted to put kindness and gratitude at the center of whatever I was writing. There seemed such a power to both things that went largely unremarked and yet seemed so important.

Writing this book I realized that it remains such a beautiful world.

Despair is an easy cynicism, and cynicism is the new naïveté. Despair is rational, but to hope is the very essence of what it is to be human. Hope is what we have. Not until people are really tested do they know who they are and of what they are capable. Some of what we learn about ourselves is disappointing. Some of it is horrifying. Some of it is remarkable. But we have to know what is at stake to be capable of hope. To be kind to others when they fail us as we fail them. When we fail ourselves.

CP: Depression and anxiety are rampant today and are called “mental illness,” but they also seem to be quite accurate responses to the world today—to the monetization of human experience, the drive for power and “success” (at the expense of others), our disconnection from nature, and other forces you explore in Living Sea. How do you keep yourself sane, much less able to delve into these traumatic realities in your writing?

RF: Perhaps I don’t or perhaps I pretend I don’t. Perhaps the writer is forever condemned to play the part of St. Thomas, putting his hand into the wound of the world to see if it is real. Or perhaps writing saves me from the wound or, at the least explains something of it to me. For writing this book I realized that it remains such a beautiful world. If we can just see the world for what it is and what it offers we would not give up on it. So much blinds us: novels are one form that can help restore a necessary sense of wonder and, with it, humility and gratitude.

But as Lisa Shahn wonders near the end of the book: perhaps we are scared of beauty. Perhaps we are terrified and that’s why we destroy it. Because beauty is a form of truth, of blinding and overwhelming truth. And too often we prefer lies.

CP: You’ve talked about trusting story to guide you, and avoiding a preconceived notion of what a book should be “about” or some idea you want to convey. Why does that trust matter to the quality of the work, to your own process, and to the reader’s experience?

Story allows the writer to escape the sinking jetsam of their character and history and opinion into the chaos of life.

RF: Because the least revealing thing about any book is an author’s intentions. For that reason meeting writers is always an added disappointment. Story allows the writer to escape the sinking jetsam of their character and history and opinion into the chaos of life. Novels are not moral grammars: they exist beyond morality or ethics or politics.

CP: In your recent PEN Arthur Miller lecture, you discussed the role of literature in “saying the unsayable.” The way you used language in Living Sea did just that, not merely conveying meaning but, to me, becoming meaning and emotional experience—such as the mounting terror we feel in reading the rapid-fire, unpunctuated stream of images as Anna scrolls through her phone. Then there’s Tommy’s stuttering, which makes so much sense. What did it feel like to arrive at the language of this novel?

RF: Liberating. All these things that had been welling up in me for years suddenly had their necessary voice. It‘s strange how choked you can feel for years and then one morning—my first morning—on that remote, wild island, the voice came. And thereafter it was just work. A lot of work, but I had lived that strange autumn of things and finally I knew how to write it.

CP: What is your best advice to writers? To readers?

RF: To readers, read. To writers, embrace fear and read even more. In terror, smiling.

You can see Richard Flanagan live, in conversation with poet Jane Hirshfield, on Thursday, June 3, 7pm PDT, as part of the Bay Area Book Festival’s year-round UNBOUND virtual author series. Tickets are $20 admission-only, or admission plus a copy of The Living Sea of Waking Dreams, tax and shipping included, for $40. Tickets include a 10-day viewing period after the live event. Baybookfest.org.

Cherilyn Parsons is the founder and executive director of the Bay Area Book Festival (launched in 2015 in Berkeley, CA) and its year-round Women Lit series. 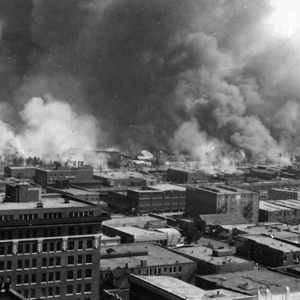 The Nation Must Awake: My Witness to the Tulsa Race Massacre of 1921 is Mary E. Jones Parrish’s first-person account which...
© LitHub
Back to top