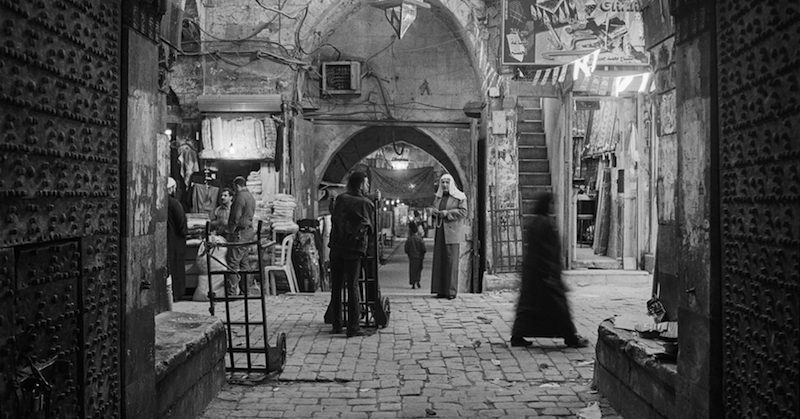 In highschool in Palestine, I memorized parts of the seven master poems of classical Arabic literature, titled Mu’allaqat. The word Mu’allaqat refers to writings that were hung on the walls of shrines, literary murals for everyone to read and comment on. Walls were the pages of magazines. The English word magazine comes from the Arabic word makhzan, meaning a storehouse of information.

Mu’allaqat also refers to language that bonds with memory easily, just as some lovers bond from first sight. The bonding happens because this particular genre of poetry is drenched with music, relying on the words that well up from the literary Arabian desert like oil wells.

More than 14 centuries after the pre-Islamic poet Antara wrote this master poem, I sat on the steps of my high school and pondered the mesmerizing magic of his poetry. Antara struggled for racial equality due to his darker skin color, which led him to become the most famous of brave fighters in the history of Arab culture.

Antara yearned to impress Abla, his lover, and gain her favor. In one line, he tells how he remembered her on the battlefield while swords were dripping with his blood, but because the swords glinted in the sun like the spark of her smile he wanted to kiss them.

Abla’s answer to Antara is unknown, because all of the master poems are written by male poets. Arab poetry overflows with the adoration of women to the point of obsession, but for centuries, the poetry by women compared to that of men has been almost nonexistent. Only a few isolated poems by women exist—and they often speak about men.

Arab culture at this time appears to be experiencing a gradual “uprising” of female voices, not only in numbers but also in themes.

For a long time, women’s voices in Arab culture were considered “awara”, something to hide, to guard, to “own” by men of the family or tribe. If not hidden, they may cause shame. This has created an imbalance in the literary terrain of Arab culture, with half of the population artistically silenced.

When Covid-19 became a reality for the entire world in the past several weeks, I thought of the Arab women who, until now in many corners of the Arab world, wore masks over their mouths, noses, or entire faces all year long simply because they are women. They conceal their voices and thoughts too. When we were collectively asked to stay home, I remembered how some women are still told that the place of women is home. Covid-19 is offering the world an opportunity to better understand how crushing and confining it has been for women to be at home, by obligation, for their whole lives, for centuries.

Recently in the Arab world, however, many women have been leading a growing wave of change to expand inclusion. An increasing number of initiatives are also unfolding in the literary world to rectify the imbalance.

Here I am writing this only two days after having received a call telling me that I have won the Sheikh Zayed Book Award, one of the most prestigious and lucrative literary prizes in the Arab world. I am a feminist. When I learned that men give women diamond rings in America, my first thought was that the diamonds in the rings could be used to cut the glass ceiling. A few decades ago, when activist and author Nawal Saadawi wrote openly as a feminist, she was harassed and bullied constantly. Yet being a feminist did not stop me from receiving this prize. This is a change that brings hope.

Arab culture at this time appears to be experiencing a gradual “uprising” of female voices, not only in numbers but also in themes. Choosing five voices from among 22 countries can never be representative. However, it can be a beginning. I have selected five female authors who write in Arabic, and who have been translated into English, with themes that amplify today’s social rhythms. 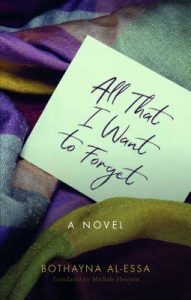 This is a novel that takes the reader to the Kuwait of a few decades past, before the invasion by Iraq injured Kuwaiti culture, leading a previously progressive society to close down in fear and tighten up in vigilance. A harsh religious man raises his half-sister, and in doing so breaks her spirit to deprive her of love and almost life, using his religious views as a pretext. Yet because she is a poet with fire in her soul, she is able to find renewal and the novel becomes a journey of resilience. 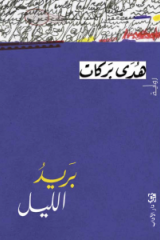 Six letters make up this novel. One letter leads to the next, by writers unknown to the reader. The locations and characters are woven together masterfully to reveal the light and darkness of the human soul. As I read, I began to feel that if a fragment were taken from the story of every human being on Earth, and placed next to the fragment of another, all seven and a half billion fragments would flow together to tell the story of humanity in one gigantic novel—if Hoda Barakat could do the job of writing it. The Night Post won the 2019 International Prize for Arabic Fiction. 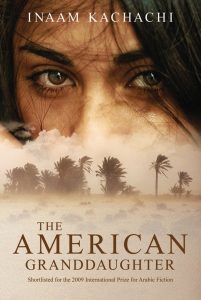 Welcome to the Iraqi community in the US, around the time of America’s invasion of Iraq. All of the Iraqis in the US were asked to help in the war process, with high salaries and benefits offered to anyone who would accompany the army as a translator. The American granddaughter of a Christian Iraqi joins the army and goes to Iraq to meet her grandmother, also reckoning with herself and her identities. I read this book in one sitting—it’s daring, refreshing and searing with emotional honesty.

The alley is named Abu Al Roos (the multi-headed alley), and talks about itself and about other alleys too. The voice of this alley, knowing everything about its characters, the history of the area and its hidden secrets, is a most intriguing narrator. Here, the reader enters Mecca, the most sacred city of Islam. The novel centers on a crime and a dead female body. The investigator obsessed with solving the mystery has seen his own father kill his sister as a child. A casual reading won’t do—the novel is thick with local references that demand the reader to deepen their understanding of Arab culture in order to enter its brilliant world. Raja’ Alem was the first woman to win the International Prize for Arabic Fiction in 2011. 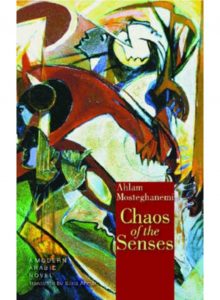 Ahlam Mosteghanemi is a literary phenomenon. From when I first read her writing, I was unable to forget either her name or her style and began to look for her work. Chaos of the Senses is a mystery about a loveless marriage and a forbidden love, set amid political and social turmoil. Mosteghanemi achieves a delicate balance of the personal and political in this narrative about a troubled Algeria, still dealing with the wounds of colonialism at the end of the 20th century.

Ibtisam Barakat is an award-winning, Palestinian-American author, poet, translator, artist and educator, based in the US. She publishes in both English and Arabic—her memoirs, Tasting the Sky: A Palestinian Childhood (2007), and Balcony on the Moon: Coming of Age in Palestine (2016), received considerable critical acclaim. Her poems, essays and short stories have appeared in magazines including The Nation, Wasafiri and the Washington Post. She won a 2020 Sheikh Zayed Book Award for illustrated children’s book Al-Fatah Al-Laylakeyyah (The Lilac Girl), her sixth book for younger readers. You can watch her TEDx talk about her transformative and cross-cultural love for language ("Songs of my foreign accent") on YouTube.

Laura Zigman: 'I Didn't Feel Like Writers Were My People' 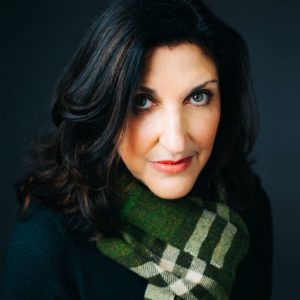 Laura Zigman: 'I Didn't Feel Like Writers Were My People'

This week on The Maris Review, Laura Zigman joins Maris Kreizman to discuss her latest novel, Separation Anxiety, out now from...
© LitHub
Back to top
Loading Comments...