Laura Zigman: ‘I Didn’t Feel Like Writers Were My People’

This week on The Maris Review, Laura Zigman joins Maris Kreizman to discuss her latest novel, Separation Anxiety, out now from Ecco.

On how a pet dog inspired her book:

Laura Zigman: I was late to pets. I didn’t grow up with dogs and cats. My father was allergic. We got a dog when my son was eight because he really wanted to have a sibling. Everyone was like, get a dog. So we did get a dog like Teddy in the book. Yeah. It didn’t really hit him as a sibling, but I ended up but really bonding with the dog and right after we got the dog, my mother got sick. It just suddenly became clear like, this is why this is what people have been telling me my whole life about how dogs make you feel. They just absorb everything. And I think that’s where the fictional aspect came in.

How she found her writing voice:

Laura Zigman: I got to be friends with a lot of writers, which is a real irony because I started my career as a book publicist. I worked at different divisions at Random House for ten years, and all my best friends are still my best friends from publishing. I also felt like after having been a publicist and working with writers for ten years, that I did not want to socialize with them. It was so stressful. They all complained.

Once I became a novelist, I just never sought them out. I didn’t feel like they were my people. I’m also kind of a loner, too. So when I found myself living in Cambridge—we sold our house in the suburbs and moved into Cambridge about five or six years ago—and I suddenly became friends with a whole bunch of writers. … We just would get together a lot. And Alice [Hoffman] really became like my day-to-day person who was like, you have to write, you have to do it again. So I started to just hang out with writers who encouraged me to write. They really just said, just do it. Just do it.

On why we need to talk about mental health issues:

Laura Zigman: Mental health issues are one of those things that people don’t talk about or feel comfortable copping to in real life. You know, in my life, we do have some of those issues that we deal with. My husband came with a lot of baggage, as do I in a different way. You think it’s going to be easy. It’s really hard. It’s hard for him. It’s really hard for me. We muddle through. That is very touchy territory when you start to try to share that with people. People are afraid of it. They are embarrassed of their own stuff. It’s kind of a thing where people suddenly want to share, they just walk away. It’s a weird line to walk, I think, because it’s isolating. When you and everybody has issues, it’s not like they’re so rare, but they’re so hidden. I’ve seen it a lot of times. People kind of nod and they just shut down.

Laura Zigman is the author of Animal Husbandry (which was made into the movie, Someone Like You, starring Hugh Jackman and Ashley Judd), Dating Big Bird, Piece of Work, and Her. Her latest novel is called Separation Anxiety. She lives in Cambridge with her husband, son, and deeply human Sheltie. 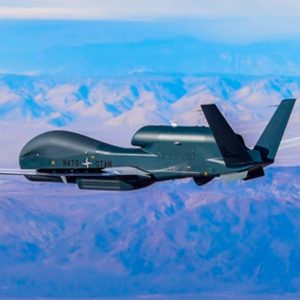 For Saskia Vogel High above LA’s freeways, And the traffic’s whine, Stands the well-known Galatronics Branch of Yoyodyne… Bendix...
© LitHub
Back to top