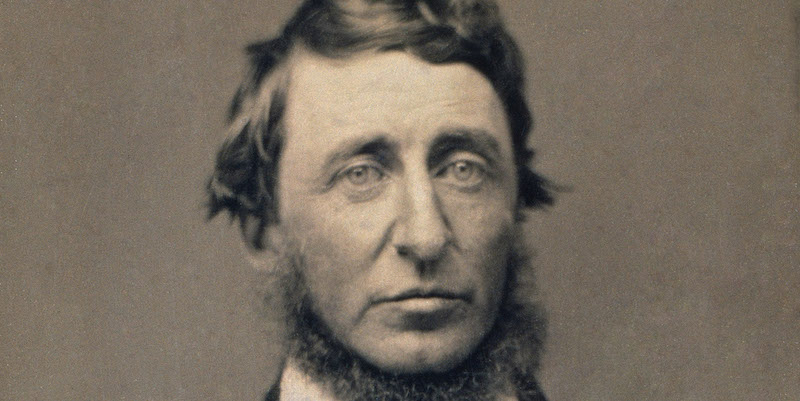 Last month, we blogged about researchers using ecological models to estimate the amount of lost medieval literature, and now, we’re blogging about the opposite: researchers using work from creatives to conduct ecological research. As JSTOR Daily highlighted this week, scientists have recently examined the effect of climate change on Walden Pond’s plant life—with help from Henry David Thoreau.

During Thoreau’s time in that Walden Pond cabin, he didn’t just write the text of Walden; he also recorded extensive observations on when flowers bloomed, when trees displayed buds and leaves, and when birds returned after winter. (Essentially: when spring started.) In a 2016 study, in order to track the effects of climate change—which affects when leaves appear on trees in the spring—on the Walden Pond ecosystem, researchers at Boston University identified 43 tree and shrub species mentioned in Thoreau’s 1850s field notes, then monitored their leaf production schedules for five years.

Though before the study, the researchers didn’t expect to see much difference between Thoreau’s observations and their own, they found that the species were blooming/displaying leaves around eighteen days earlier than Thoreau had recorded. This was because of increased temperatures; temperature increases signal to plants that it’s time to produce leaves, and plants bloomed around five days earlier with each 1-degree Celsius increase.

“Eighteen days may not seem like a whole lot, but it can make a big difference for other plants and animals that depend on the appearance of these leaves, and whose schedules may not have shifted in the same way,” wrote the researchers. “Eighteen days can mean the difference between a young caterpillar eating tender young leaves or encountering older and tougher leaves . . . if the spring activity of these groups becomes asynchronous, this can limit food availability and lower survival and reproduction for one species or another.” The ramifications of these findings require more research on how this earlier leaf emergence affects the insect species in the area; but for this foundation, we have Thoreau to thank.