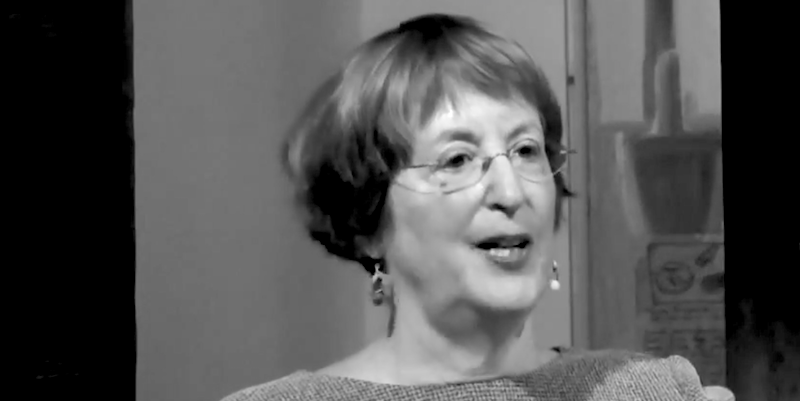 Over the course of a career in life writing, some biographers like to leap through time and space. Stacy Schiff: Vera Nabokov, Antoine de Saint-Exupéry, Benjamin Franklin, Cleopatra. David McCullough: Teddy Roosevelt, Harry Truman, John Adams, the Wright Brothers. Others prefer to dig in. After his noteworthy flirtation with Robert Moses, Robert Caro settled down with Lyndon Johnson for the next 40 years; Leon Edel couldn’t get enough of Henry James. My late friend Lois Palken Rudnick was of the second camp. Her chosen subject: Mabel Dodge Luhan.

Mabel who? Rudnick answered the question many times over—in her 1984 biography Mabel Dodge Luhan: New Woman New Worlds, which tracked the Jazz-Age saloniste from Greenwich Village to New Mexico, where Luhan hosted the likes of D. H. Lawrence, Martha Graham, Georgia O’Keeffe, and Ansel Adams; in an expertly crafted one-book version of Luhan’s four-volume autobiography Intimate Memories; in a history of Luhan’s Taos home, which became Dennis Hopper’s “Mud Palace” in a later incarnation, Utopian Vistas: The Mabel Dodge Luhan House and the American Counterculture; in an anthology of essays co-edited with MaLin Wilson-Powell on Luhan and her coterie, Mabel Dodge Luhan and Company: American Moderns and the West; and finally, in a provocatively titled edition of Luhan’s private diaries—which Rudnick was first to read when the long-sealed archive was opened in 2000—The Suppressed Memoirs of Mabel Dodge Luhan: Sex, Syphilis, and Psychoanalysis in the Making of Modern American Culture.

By the time Rudnick was done, the question no longer applied. Mabel Dodge Luhan’s place amid the cultural ferment of early 20th-century America was secure. She would no more be relegated to muse, maven, or cultural magpie—she was an “artist of life,” capable of inspiring not only the intellectual and aesthetic rebels of her time, but those of later periods of tumult, from the late 1960s and early 70s, when Lois began her research, to now. Rudnick’s work enabled a recent resurgence of interest in Luhan by making easily accessible the biographical details and interior life of the woman whose “spirit” Rachel Cusk evokes in her new novel, Second Place, and by providing the texts on which Frances Wilson relies for her portrait of Luhan in Burning Man: The Trials of D.H. Lawrence.

But what of Lois herself, my friend for almost 40 years? Lois considered it kismet that the editor who acquired her biography of Luhan had a cat named Mabel. Back in the day when everyone had telephone answering machines and families had only one phone line, Lois’s playful recording invited callers to leave messages for Lois, her husband and daughter, their cat Morris, “and Mabel”—Lois and her subject were that close. When asked to speak about Luhan for a Boston-area consortium of Women’s Studies scholars, Lois arrived with a tote bag filled with her books, piled them up on the seminar table, and announced, with a look of surprise, and then satisfaction, “I guess you could say I devoted my life to Mabel Dodge Luhan.” When Lois retired from teaching at the University of Massachusetts, Boston, where she’d founded the American Studies department in the early 1980s, she moved to New Mexico.

I first met Lois in 1985, a year after her first Luhan book was published—the biography that had taken her over a decade to write. That year I’d signed a contract for a biography of three reform-minded New England sisters, the Peabodys, a book that would take me 20 years to complete. I was a journalist, not a scholar; I hadn’t attended graduate school and I had only the vaguest notion of how to do research in archives. I started out thumbing through card catalogues, hoping to identify the sisters’ most interesting letters, imagining I’d save time by reading only those. From Lois I learned I’d have to read everything. Just start at the beginning, she said. And she was right. As I became engrossed in my subjects’ daily lives and thoughts, I realized only I could determine what was “interesting”—no cataloguer would put in the time. My plans for my book expanded too, under Lois’s influence; I’d need to master the intellectual currents of the era and study the ancillary characters in my sisters’ lives to portray them credibly. Suddenly I was writing a major biography, and the thought both thrilled and terrified me.

Together, we formed a support group of women biographers whose membership shifted slightly over the years. Lois stayed the course. Our group met monthly at each other’s houses over dinner. At Lois’s we toured her study: a tiny space, meticulously organized—no papers spilling off desktops, file folders and books piled high on the floor. I came home and ordered a lateral file cabinet and a taller bookshelf. Although I wasn’t then a college professor—the employments that disrupted my writing days were childrearing and homemaking—I saw how Lois, also a mother, kept her passion for Mabel Dodge Luhan humming in the background of everything else she did, as a means of sustaining her project without falling into despair over how long it was taking. I tried to be like her.

Is it possible for a biographer to identify too closely with her subject? Maybe. But that wasn’t Lois. Devotion never clouded her judgment; commitment sharpened her acuity. She was a careful scholar, refusing to speculate when it came to writing up Luhan’s life. The Suppressed Memoirs (2012) are a case in point. These late-in-life diaries, closed to scholars for decades by Luhan’s son, were filled with details of Luhan’s four mostly unhappy marriages; three of the men were carriers of syphilis, which Luhan inevitably contracted. But Lois’s book was not written to titillate; rather, she researched the prevalence of syphilis in Luhan’s day and ended up arguing, persuasively, that Luhan’s apparently unconventional life was far more representative of women’s experience than one might think. Was Luhan a “magnet for syphilis,” as Wilson writes in Burning Man? Not in an era, before the advent of penicillin, when one out of every ten Americans suffered from the disease and perhaps as many as fifty percent of men were carriers.

Lois Rudnick’s life trajectory could not have been more different from the upper-crust Mabel Dodge Luhan’s. She grew up in working class Dorchester, attended Girls’ Latin School, a demanding public exam school in Boston, and married while she was a student at Jackson College, the sister school to Tufts. She stayed married to one man her entire life, perhaps not surprising for a writer who could dedicate her career to one woman—or at least one region. In retirement, she published books about several other prominent artists and writers of New Mexico.

But Lois could play Lady Bountiful too, with the resources she had at hand—encouraging fellow writers like me, mentoring younger scholars, educating several generations of college students. If she had a theory of biography to pass along, it was derived from the lengthy relationship she maintained with her subject, about whom she continued to learn new things, enabling her to enlarge her perspective. Lois coined a term for the biographer’s ideal approach, “creative indeterminacy,” which might also serve as words to live by for any author: “the continuous possibility of enriching and transforming our own—and our subjects’—lives” through dedicated research and writing.

Megan Marshall is the Pulitzer Prize-winning author of Margaret Fuller: A New American Life, Elizabeth Bishop: A Miracle for Breakfast, and The Peabody Sisters: Three Women Who Ignited American Romanticism. She is the Charles Wesley Emerson College Professor at Emerson College, where she teaches nonfiction writing in the MFA Creative Writing Program, and a past president of the Society of American Historians.

Triumph and Tragedy: On Being a Mets Fan... and Being a Mankiewicz 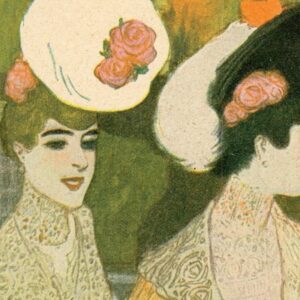