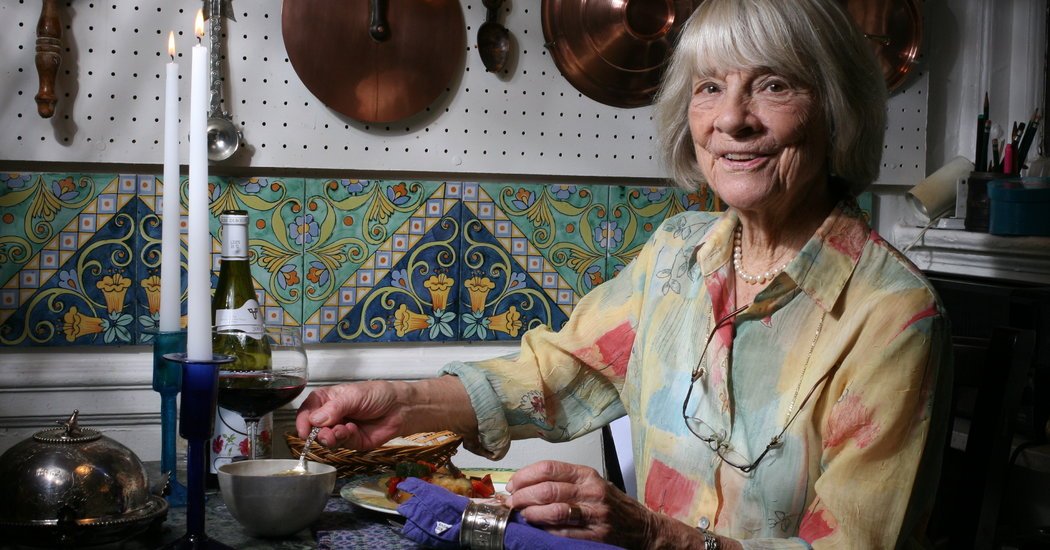 Editing Updike, Julia Child, and saving The Diary of Anne Frank from the reject pile

When Judith Jones saw Anne Frank on the cover of the French edition of her diary in 1950, she was sorting through a “pile of stuff” her boss handed her before going to lunch. She was an editorial assistant at Doubleday at the time. “I came to this lovely face,” she told The Jewish Chronicle in 2009, and read Frank’s diary the rest of the day, telling her boss they had to publish this book. And thanks to Jones, American audiences have had Frank’s diary ever since, an intimate portrait of the Holocaust from the teenager’s point of view that would otherwise never had made it to print.

Jones died Tuesday at 93 from complications from Alzheimer’s, according to her stepdaughter Bronwyn Dunne. But her editorial and literary contributions still line bookcases around the country. When Doubleday printed the first translation of The Diary of a Young Girl, they spent almost nothing on publicity, although it had a foreword by Eleanor Roosevelt. Then the New York Times Book Review published a “wildly enthusiastic” review and sales went through the roof, resulting in a second printing of 15,000 copies, and days later, a third printing of 45,000 copies. “I made the book quite important because I was so taken with it, and I felt it would have a real market in America. It’s one of those seminal books that will never be forgotten,” Jones said.

When Jones returned to the US from a trip to France, she was immediately promoted. “Mrs. Knopf had just fired an editor, and was looking to hire a new one. She said ‘You’re responsible for Anne Frank. Well, my editor had passed on that book.’” She worked at Knopf until her retirement in 2011, working on early translations of Jean-Paul Sartre and Albert Camus, and editing John Updike, Anne Tyler, Langston Hughes, John Hersey, Elizabeth Bowen, and others throughout their careers.

While those familiar with 20th century literature may have heard of Maxwell Perkins, editor to Thomas Wolfe, Ernest Hemingway, and F. Scott Fitzgerald (or seen the 2016 film Genius about his editing), Jones recognized a new type of genius, the diamonds in the rough, often women, who had not found editors who took their kinds of work seriously.

For example, a decade after her success with Frank’s diary, Jones plucked another tome out of obscurity—this time an 800 page behemoth by three chefs with no literary background named Julia Child, Simone Beck, and Louisette Bertholle. Several other editors had rejected the manuscript by the time it reached Jones’s desk, but Jones recalled her excitement when she realized she had found the cookbook of her dreams.

“It spelled out techniques, talked about the proper equipment, necessary ingredients and viable substitutes; it warned of pitfalls yet provided remedies for your mistakes,” Jones wrote in a 2004 New York Times article.  Moreover, although there were three authors, it was the voice of the American that came through, someone who was clearly a learner herself, who adored la cuisine Française and was determined to dissect and translate it for an American audience. I was enthralled.”

Jones and her husband, Evan, had spent three and a half years in Paris, and had also fallen in love with French cooking. They would talk “to the butcher, the baker, the fishmonger or madame at the vegetable market and pick up a tip about how to roast a whole dorade or what the best fat was for frying frites,” she wrote.

Jones took the manuscript home to test out the recipes in her own kitchen. “I followed her advice on the best beef cut to buy for a stew, and how to create lardons with American bacon; I learned the importance of drying the beef cubes (damp meat won’t brown) and of sautéing only a small batch at a time (it will steam if crowded in the pan). I braised the small white onions (following an eye-opening tip on fast peeling) separately from the mushrooms, so the nicely glazed vegetables maintained their identities. As to the cooking wine, only a full-bodied young red would do — the same that you would drink with this masterpiece of classic French cuisine.

And, of course, my boeuf bourguignon was a masterpiece. How could it not be?”

Jones was such an important figure in Julia Childs’ career that she became a character in the 2009 film Julie and Julia, starring Meryl Streep as Julia Child and Erin Dilly as Jones. Anne Tyler, one of Jones’s authors, told USA Today that she thought that scene with Jones was “stupid,” since the scene showed Jones backing out of a dinner at Child’s home, something Tyler believes the real editor would never have done.

The timing was perfect; Jones thought American soldiers returning home after World War II might want some good cooking. The cooking style of the time involved unadventurous casseroles, efficient and spiritless. She baked her own bread, believing the bread in New York was tasteless after what she ate in Paris.

“For a long time, the women—and they were usually women—who wrote about food were treated as second-class citizens,” Jones told Eater in 2015. “All because they cook! I think that’s opened up. A good writer gets some good assignments, and they’re treated better somehow. It just takes time.”

After she opened the gateway for Americans to learn to cook French cuisine with the national success of Child’s Mastering the Art of French Cooking, she edited cookbooks of foods from all over the globe, by the likes of Lidia Bastianich, Marion Cunningham, Edward Giobbi, Marcella Hazan, Madhur Jaffrey, Irene Huo, and Jacques Pépin. Jones shepherded postwar Americans into an era of the artistry and joy of global food.

“She was living proof of somebody who can edit a masterpiece of fiction and can edit a cookbook, and she’s not discriminating and saying one is a higher form of art and one is lesser,” Madhur Jaffrey said in a 2015 interview.

Jones was born Judith Bailey in Manhattan in 1924, and grew up in a “meat and potatoes” household where, she described, “Frugality was considered a virtue.” She attended Brearley School in Manhattan and then Bennington College in Vermont before returning to New York City to work at Doubelday.

“It’s funny,” she said, “because the harder the books were to edit, the more challenging they were, the more fun, in a way. I always wanted to get to know the writer, because once they trust you, you work much better together.”

Later in her life, Jones wrote three cookbooks with her husband, Evan, before his death in 1996. Then she wrote three of her own: one about the art of cooking for one, a memoir about her life with food, and finally, a book about cooking to share with your dog (her own Havanese, Mabon, was an important fixture in her recent years).

“Good bread is the key to making small meals satisfying,” she told the New York Times in an interview after the publication of her memoir, The Tenth Muse: My Life in Food. “The goal of cooking is to make a delicious dinner.”

Because of the success of her authors, her name is less recognizable, the job of the editor is always behind the scenes of the writer’s successful byline. She discovered new talent, polished it to the palates of American readers, and revolutionized both bookshelves and kitchens across the country.  We can credit her with discovering and coaxing out diverse and otherwise ignored voices from the Knopf slush pile—in cookbook writing, certainly, but also in poetry and prose. She loved colorful verbs and stories, style and voice, all mainstays in her books no matter the genre.

Jones credited much of her success to being in the right place at the right time, but none of her books could have happened without her hard work.“Things happen in life,” she said. “Julia once said to me, and I’ve quoted her on this, ‘Judith! We were born at the right time.’ And I said, ‘Yes, Julia, but we had to act on it.’” 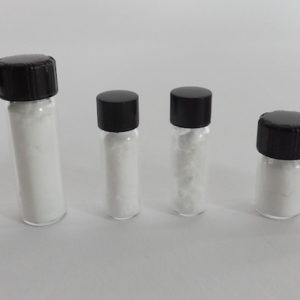 The following interview originally appeared at Radio Open Source. In it, English professor, author, and former heroin addict...
© LitHub
Back to top