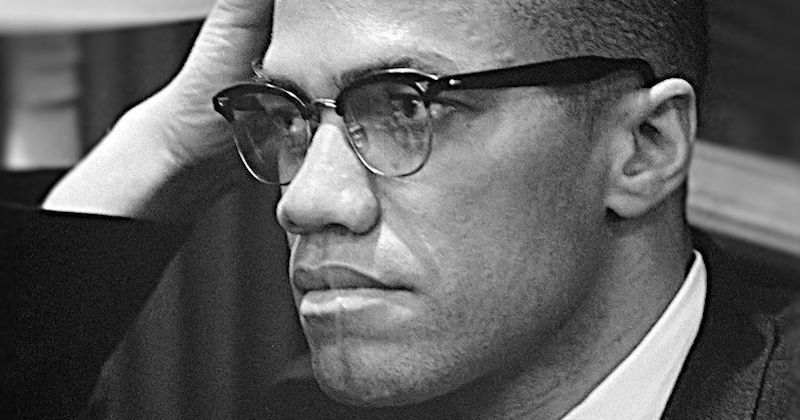 Sometimes, the darkest places can make way for transformative light.

Poet, author, and Yale doctorate student Reginald Dwayne Betts is planning to transform the former prison cell of Malcolm X into a library for incarcerated people. Betts, a 2018 Guggenheim Fellow and a 2018 NEA Fellow, knows firsthand about the mentally and physically taxing experience of serving a prison sentence. At age 16, Betts was incarcerated, and later paroled at 24. It’s safe to say that this period of his life left a lasting impression, which shaped the course of his literary career.

In 2019, Betts received a $5.25 million grant from the Mellon Foundation to construct libraries in prisons. In 2021, he visited MCI-Norfolk, the largest medium security level facility in Massachusetts, which reportedly contains the cell that held Malcolm X during his incarceration in the late 1940s. The author and civil rights leader was convicted of larceny and breaking and entering at age 21 and sentenced to eight to ten years at Charlestown State Prison. Two years later, he was transferred to MCI-Norfolk, then known as Norfolk Prison Colony. At Norfolk, he joined the weekly debate team, spent time studying in the library, and started on the journey of his conversion to Islam. In his autobiography, Malcolm X praised the conditions of Norfolk, which allowed him to further his education: “Norfolk Prison Colony represented the most enlightened form of prison that I have ever heard of. In place of the atmosphere of malicious gossip, perversion, grafting, hateful guards, there was more relative ‘culture,’ as ‘culture’ is interpreted in prisons. A high percentage of the Norfolk Prison Colony inmates went in for ‘intellectual’ things, group discussions, debates, and such.”

For Betts, turning the famed activist’s cell into a library seems to be a chance to enact positive change. He told The Boston Globe, “When you hear Malcolm X talk about it—and understand it’s a prison in the 40s—he talks about it as a place where people valued education, where people valued knowledge . . . He got a chance to be a leader of an intellectual community. So a project like this, what better place to put it to begin?”

The new “Freedom Library” will feature a selection of fiction and nonfiction curated by Betts. Some of the titles include The Autobiography of Malcolm X, Claude Brown’s Manchild in the Promised Land, John Edgar Wideman’s Brothers and Keepers, Walter Mosley’s Devil in a Blue Dress, and works by Charles Dickens, John Steinbeck, Elizabeth Alexander, and Robert Hayden. Additionally, about one-fifth of the available books are in Spanish.

“It skews toward contemporary work and it’s diverse in every way you might expect,” Betts told the Globe. “It’s a lot of women writers. And it’s a combination of fun books and challenging books,” he added.

Although Department of Corrections officials can’t unequivocally confirm that the cell is where Malcolm X stayed, they are happy with Bett’s initiative and expect that other Freedom Reads libraries will be constructed in other Massachusetts state prisons.

[via The Boston Globe]