Dubravka Ugrešić on Refugees, Dislocation, and the Exile of Europa

I pay no mind to dreams. But there is a dream I remember, one I’ve carried with me like unwanted baggage a quarter century now. The doorbell of my Zagreb apartment rang. I opened the door and people started shuffling in, quietly making themselves at home in the small space. “Who are you? How dare you enter without my permission?” I shrieked in panic. “This is my apartment!” A mother swaddled her baby in my bed, a man locked himself in the bathroom, while a third person rummaged through the contents of the fridge. Enraged, I threatened to call the police, but the people didn’t hear me. I was invisible to them. My apartment was full of people and it seemed nothing could stop them. “Look at them all! Like a pack of cards, and not people!” I thought in my dream.

A few months later in my country, in Yugoslavia, the war began. Thousands of Yugoslav refugees scattered throughout the world. The junk-grade passport of the statelet of Croatia in hand, I left my country. Because my country had left me. The hundreds of thousands of refugees flooding Europe have not left their countries. Their countries have left them.

What we call them is entirely irrelevant: emigrants, migrants, refugees, exiles—we all know to whom we refer. Refugeedom is our common cultural meme. It is the story with which Christian civilization begins. We bear the imprint of the furious index finger God used to banish Adam and Eve from Eden. The image is part of our enduring cultural inheritance. I set off into the world when, with the same divine ease, the then-Croatian president raised his index finger and declared himself “the Croatian George Washington,” and Croatia “heaven on earth”; when the then-Serbian president declared himself protector of the Serbs, of his “heavenly people.” Even democratic regimes have their own loathsome tendencies. Today, when I watch the clips the Jihadists send out into the world, I notice their love of the index finger, how they brandish them like little swords, threatening the infidel with terrifying retribution.

Refugees are intrinsic to our mental vocabulary, the concepts of “banishment,” “exile,” “exodus” woven into the very foundations of both our civilization and our personal lives. We are, however, wont to close our eyes to the data (the 60 million displaced people in 2014, the greatest number since the Second World War); to the dead bodies washing up on the shores of Italy, Spain and Greece; to the images of refugee ghettos; to “Lampedusa,” now a symbolic name for the “migrant crisis.”

While we close our eyes, with superhuman strength and persistence the refugees bore new passageways. Norwegian authorities report that since August more than 4,000 refugees have crossed the narrow Norwegian-Russian border, opening a new and unexpected “Arctic route.” Russian law forbids crossing the last 20 kilometers on foot, so the refugees ride across the ice on children’s bicycles. I am certain that in such moments, some warm themselves with images of the lights of Paris, unaware that terrorists have turned the city into a morgue. And here, on this split screen, reality becomes fantastic. Life is not a dream, life is a movie, a hunger games.

I am certain that in the recent terrorist attacks in Paris refugees are among both the terrorists and the deceased. I am certain that many of my former countrymen—20 years ago themselves refugees, today tax-paying citizens of western Europe—are, at this very moment, outraged at the prospect of refugees becoming their countrymen. Having torn down the Iron Curtain, countries such as Hungary, Bulgaria, and Romania now swiftly erect curtains of barbed wire, certain that this wire won’t slice into a Hungarian, Romanian, or Bulgarian child, only a Syrian one. For countries like Serbia, Croatia, and Slovenia—all of which have significant diasporas in western Europe and the United States—the refugees are but disposable balls for caustic games of backwater political tennis.

At this moment, much of the world walks a wire. It’s hard to say to which side the world might fall, or whether it will fall at all. The landscape below is menacing; in tended fields grow barbed wire rolls and Swastikas, the view to the distant shore louring, occluded. Nobody can guarantee that there, on the other side, a crazed suicide bomber isn’t crouching in wait. No one can say whether walking the wire is a new lifestyle, new code, new morality, or new politics. After September 11th, Jean Baudrillard declared terrorism amoral. And in the meanwhile, haven’t we, citizens of the world, become equally so?

Refugees are our mirror, our moral exam, a provocation, an invitation to confrontation with our values. The events that have followed since acknowledgment of the “migrant crisis”—some visible, others less so—fit together like pieces of a puzzle. Refugees are the beginning and end, cause and consequence, the spread of cards by which we might read the world’s imminent future. And he who can read the cards, to him shall all knowledge belong.

Translated from Croatian by David Williams

Dubravka Ugrešić is the author of seven works of fiction and seven collections of essays, including Karaoke Culture, a finalist for the National Book Critics Circle Award for Nonfiction. She has won or been shortlisted for more than a dozen prizes, including the Man Booker International Prize. In 2016, she received the Neustadt International Prize for Literature (the “American Nobel”) for her body of work. Elias-Bursac (translator) has been translating fiction and nonfiction by Bosnian, Croatian, and Serbian writers since the 1980s. She is co-author of a textbook for the study of Bosnian, Croatian, and Serbian with Ronelle Alexander, and author of Translating Evidence and Interpreting Testimony at a War Crimes Tribunal, which was awarded the Mary Zirin Prize in 2015.

Interview with a Bookstore: Books Inc. 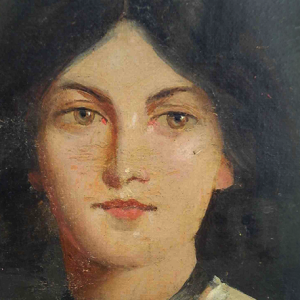 The mythical white lady reader and beyond: Marlon James and Claire Vaye Watkins discuss “On Pandering.” | NPR “I...
© LitHub
Back to top