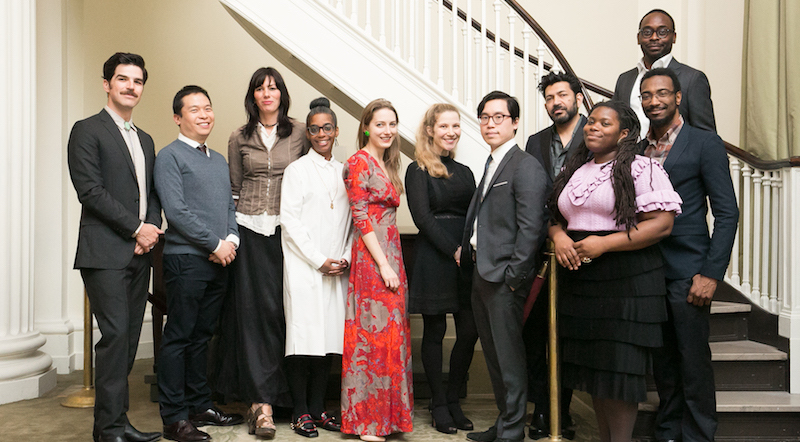 The Whiting Awards began in a pre-reception upstairs in the New York Historical Society’s library, amidst card catalogues and very-still waiters holding trays of white wine and sparkling water. The nicely displayed water felt like a kind and responsible move, allowing us to hydrate for the night ahead. Alas: “the water went fast,” observed Kathy Daneman, publicist for Whiting Award recipient Tony Tulathimutte’s debut novel, Private Citizens, before plucking up a glass of white wine. What other choice was there? Chris Parris-Lamb, VP and literary agent at The Gernert Company, told me I wouldn’t get any good gossip from him because he had just had a newborn six months ago. We were all distracted when Jenny Zhang, whose story collection Sour Heart will come out in August from Penguin Random House’s Lenny imprint, entered in the most insane, wonderful pink dress with a black belt and fringed open back. (The brand was a Thai company called Sretsis.) She was soon rushed away for a wardrobe malfunction, and a Whiting staff member kindly gnawed a tag off from the dress. All was well. We moved to the auditorium.

As awards ceremonies go, The Whitings might be my favorite. The ceremony celebrates ten emerging writers in fiction, nonfiction, poetry, and drama, all of whom receive $50,000 and a New American Library book that the judges have deemed relevant to their work. The keynote by Pulitzer Prize-winner Siddhartha Mukherjee, “Love in the Time of Numbness,” was moving and relevant and quickly went into the citations for the ten winners. After the awards were given out, we moved into the lobby of the Historical Society for the reception.

I soon found nicest-man-in-publishing John Freeman, who told me about an apartment he’d been in a couple nights before that contained 120 pairs of cowboy boots. We ran into Kerri Arsenault, columnist at Lit Hub and NBCC board member, and Martin Wilson, publicist at Harper whose YA novel We Now Return to Regular Life comes out in August. Curious about which book each recipient was given, I found Tony Tulathimutte and took a look: the collected writing of Edith Wharton. “Much snarkier than she gets credit for,” was the general consensus. Triple Pisces Meakin Armstrong, senior fiction editor at Guernica, was just coming off his birthday, which he said he celebrated for about three days (as we all should!). Dan Piepenbring, web editor of The Paris Review, discussed company Twitter flirtations with us. Mitchell S. Jackson was wearing bright red Gucci loafers and somehow managed to work it into conversation that he can bench-press 315 pounds. (Actually, someone else brought that tidbit up, but he did confirm.)

Kristen Radtke, managing editor of Sarabande Books whose graphic novel Imagine Wanting Only This comes out next month, was floating around looking glamorous in a dark, striped dress. Ariel Lewiton, publicist at Sarabande, was self-proclaimedly trying to eat as many tiny foods as possible. Weren’t we all! The tiny foods were abundant and luxurious: caviar blini, mini lobster rolls, tuna tartare spring rolls, and the fan favorite: mini-cheeseburgers on long toothpicks, sticking out of a giant loaf of bread. Why was a giant loaf of bread the vehicle for these burgers? No explanation, though Isaac Fitzgerald, of BuzzFeed Books, kindly offered to go after one of the loaves and eat it with his hands so I would have something interesting to say in this article. I ended up passing, but he did tell me sweetly that since his fiancee Alice Kim, a former Whiting Award winner, looked like a goddess and he was dressed like he’d just left the skate park, that they were like “two mismatched Lego characters.” The Whiting employees kept asking us to leave and eventually we obeyed and got into a fleet of cabs for the after party at The Ludlow Hotel, where there was a fireplace and leather couches and in general, a portrait of what we thought writing parties would look like when we were sixteen. Let’s try to hold onto that image of elegance next week, in whatever brightly lit room within which we sip cheap white wine. 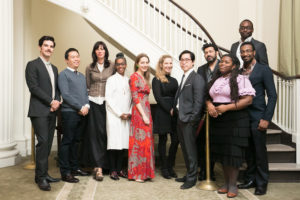 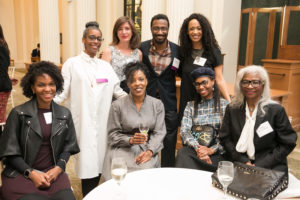 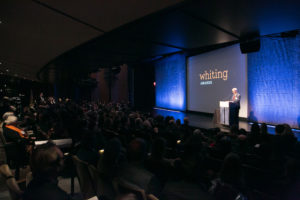 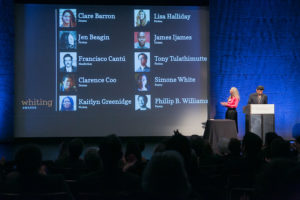 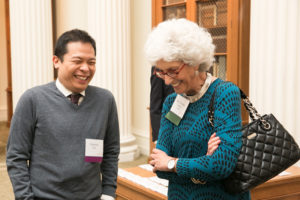 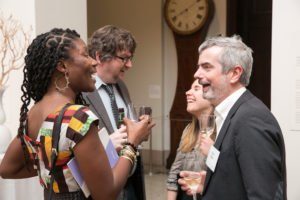 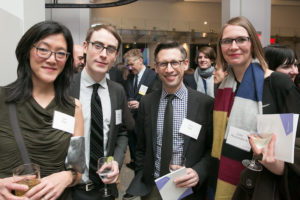 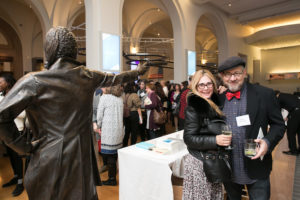 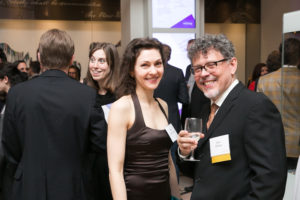 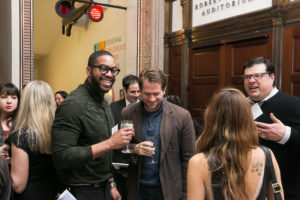 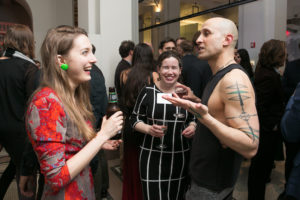 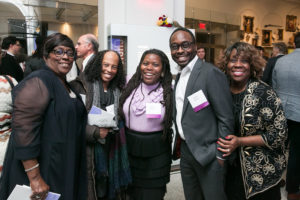 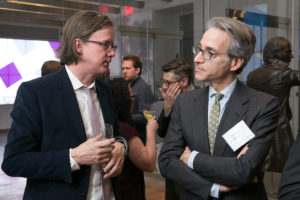 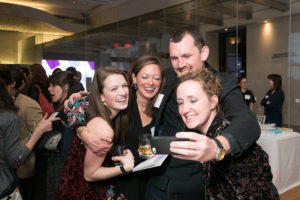 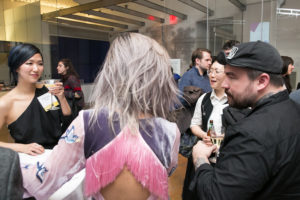 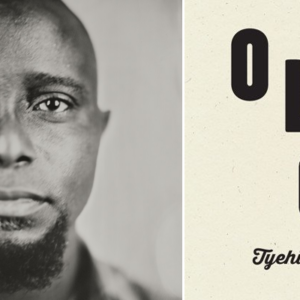 The following is an excerpt from Tyehimba Jess’s collection Olio, a finalist for the 2017 PEN/Jean Stein Book Award. Works...
© LitHub
Back to top
Loading Comments...