This evening, at a ceremony at the New York Historical Society, the Whiting Foundation announced the ten newest recipients of its highly prestigious Whiting Awards. The winners, all “exceptional new writers who have yet to make their mark in the literary culture,” will each receive $50,000, in the hopes that the influx of cash will allow them the time and flexibility to further develop their talents. And you should probably write down the names of these new winners, because the Whiting Foundation has a pretty solid track record; among the previous winners are Colson Whitehead, Terrance Hayes, Denis Johnson, Mary Karr, Yiyun Li, Michael Cunningham, Deborah Eisenberg, Elif Batuman, Jeffrey Eugenides, Tracy K. Smith, John Jeremiah Sullivan, David Foster Wallace—and the list goes on. Below, the newest class of Whiting Award winners, along with links to where you can read more about them and check out some of their work.

Tony Tulathimutte is a graduate of Stanford University and the Iowa Writers’ Workshop. He is the author of the novel Private Citizens and has written for The New York Times, VICE, The New Yorker, Buzzfeed, and others. His work has received an O. Henry Award and a MacDowell Fellowship. He lives in Brooklyn.

Kaitlyn Greenidge is the author of the novel We Love You, Charlie Freeman (Algonquin). Born in Boston, she received her MFA from Hunter College. Her work has appeared in The Believer, American Short Fiction, Guernica, Kweli Journal, The Feminist Wire, and others. She is the recipient of fellowships from Lower Manhattan Community Council’s Work-Space Program, Bread Loaf Writers’ Conference, and other prizes. She lives in Brooklyn.

Read an excerpt from We Love You, Charlie Freeman and Greenidge’s essay about Prince as password for Lit Hub.

Lisa Halliday’s work has appeared in The Paris Review. She previously worked at The Wylie Agency, and is a freelance editor and translator in Milan. Her novel Asymmetry will be published by Simon & Schuster in February 2018.

Jen Beagin is the author of the novel Pretend I’m Dead (Triquarterly). She holds an M.F.A. in creative writing from UC Irvine and has published stories in Juked and Faultline, among other journals and literary magazines. She lives in New York.

Francisco Cantú is based in Tucson. He served as a Border Patrol Agent for the United States Border Patrol from 2008-2012. A former Fulbright fellow, he recently received an MFA in Nonfiction from the University of Arizona. He is a frequent contributor to Guernica and a contributing editor at PublicBooks.org, where he curates the “El Mirador” series, which collects original nonfiction, translation, and visual art focused on the American West, the borderlands, and Indian Country. His writing has appeared or is forthcoming in South Loop Review, J Journal: New Writing on Justice, Edible Baja Arizona, Ploughshares, and Orion. His book The Line Becomes a River will be published by Riverhead Books in February 2018.

Simone White was born in Philadelphia. She earned her BA from Wesleyan University, JD from Harvard Law School, and MFA from the New School. White is the author of the full-length collections Of Being Dispersed (Futurepoem Books) and House Envy of All the World (Heretical Texts, 2010), and the chapbooks Dolly (Q Avenue Press, 2008) and Unrest (Ugly Duckling Presse, 2013). She has received fellowships from Cave Canem and was selected as a New American Poet for the Poetry Society of America in 2013. She lives in Brooklyn.

Phillip B. Williams was born in Chicago. He is the author of the full-length collection Thief in the Interior (Alice James Books, 2016) and the chapbooks Bruised Gospels (Arts in Bloom Inc., 2011) and Burn (YesYes Books, 2013). He is a Cave Canem graduate and received scholarships from Bread Loaf Writers Conference and a 2013 Ruth Lilly Fellowship. His work has appeared or is forthcoming in Anti-, Callaloo, Kenyon Review Online, and others. Phillip received his MFA in Writing as a Chancellor’s Graduate Fellow at the Washington University in St. Louis. He is the poetry editor of the online journal Vinyl Poetry.

Clarence Coo received the 2012 Yale Drama Series Prize for Beautiful Province (Belle Province). His work has been produced or developed at the Lark’s Playwrights’ Week, New York Theatre Workshop, Ma-Yi Theatre, and others. Clarence’s honors include an Arena Stage Allen Lee Hughes Fellowship, an NEA Access to Artistic Excellence Grant, a Kennedy Center commission, a Larry Neal Writers’ Award, and a 2016 NYFA Fellowship. He received his MFA in Playwriting at Columbia University. He is a resident playwright at New Dramatists, a member of the Ma-Yi Writers Lab, and a 2012-2013 Dramatists Guild fellow. He lives in New York, where he is the program administrator of Columbia’s MFA Writing Program and is a 2016-2017 Writing Fellow at the Playwrights Realm.

Clare Barron is a playwright and actor from Wenatchee, Washington. Her plays have been produced and developed at the Atlantic Theatre Company, New York Stage & Film, and others. She was the recipient of a 2014 Paula Vogel Playwriting Award and was a 2014 P73 Playwriting Fellow. For her play Dance Nation, Barron was the co-winner of the inaugural 2015 Relentless Award established in honor of Philip Seymour Hoffman, and the recipient of the 2017 Susan Smith Blackburn Prize.

Read an interview with Barron about her play You Got Older in The New York Times.

James Ijames is a Philadelphia-based actor and playwright and Assistant Professor of Theatre at Villanova University. He is a founding member of Orbiter 3 Playwright Producing Collective, a member of the InterAct Core Writers Group, and a mentor for The Foundry. He received the F. Otto Haas Award for an Emerging Artist, the Terrence McNally New Play Award for WHITE, and the 2015 Kesselring Honorable Mention Prize for The Most Spectacularly Lamentable Trail of Miz Martha Washington, and is an Independence Foundation Fellow and a 2015 Pew Fellow. He received a BA in Drama from Morehouse College and a MFA in Acting from Temple University.

Read an interview with James Ijames in Philadelphia Magazine. 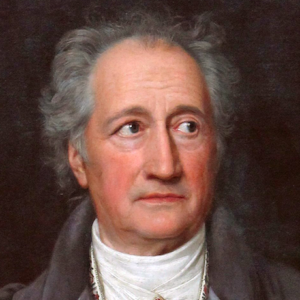 How many books will you read before you die? Let this handy table help confirm all your fears about mortality! | Literary...
© LitHub
Back to top