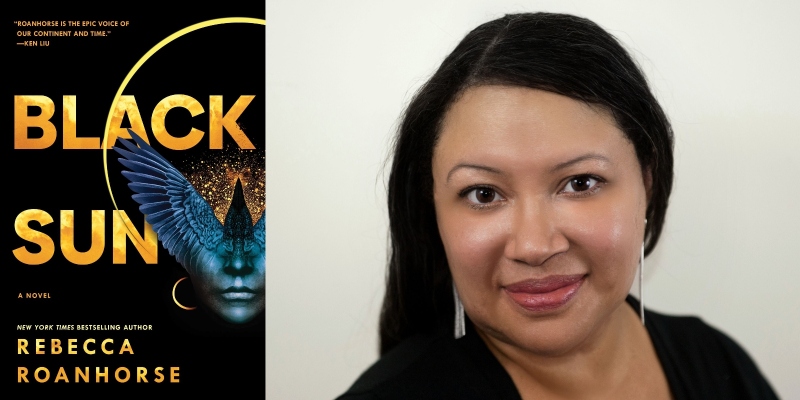 Rebecca Roanhorse on Chosen Family, False Destinies, and Institutions That Don’t Love You Back

The first chapter of Rebecca Roanhorse’s new novel, Black Sun, features a mother and child sharing a tender moment that takes an unexpected turn, ending in violence. It’s a powerful beginning to a story whose characters struggle with the legacies of family expectations, historical trauma, and myth.

These three strands are most powerfully manifest in Serapio, the child in the opening scene, who is raised to fulfill a legacy to be carried out on the day of the convergence, a solar eclipse on the winter solstice. His sole purpose in life is to avenge a massacre of his mother’s clan, drawing upon magic to carry out the mission. And yet he has never lived among his mother’s clan, nor was he alive when the massacre occurred, raising complex questions about duty, history, and how individuals find meaning in their lives.

Set in a fictional Mesoamerica and inspired by American indigenous and Polynesian cultures, Black Sun is the first book in a planned trilogy.

Rob Wolf: Black Sun opens with a mother and her child. She treats him very tenderly at first, as part of a ritual whose significance becomes clearer as the story unfolds. But what’s clear by the end of the chapter is that this boy, whose name is Serapio, is unique. Can you talk a little bit about that scene and what the mother is doing?

Rebecca Roanhorse: It’s one of the central themes of the book—what parents, particularly mothers, do to their children, and the burden of trauma and generational trauma that get carried on through the story, particularly in Serapio’s situation, because he comes from people who experienced a genocide that his mother survived. And she is now preparing him to go back and wreak vengeance on the people who were responsible for the deaths of so many of their people.

RW: Most of the main characters in some way feel out of place or not at home. Naranpa, who is the new Sun Priest—an important and powerful position—feels out of place because, I guess one way to put it is, she comes from the wrong side of the tracks. . . . And there’s Serapio, who is raised in the part of the world where his father is from but doesn’t feel part of that culture, and he’s destined to go back to where his mother is from, to fulfill a destiny for people, the Carrion Crow clan, who are “a people he would never know and who would never know him.” Everyone feels a little unsettled.

RR: Serapio and Naranpa . . . are outsiders to their cultures in one way or another. Naranpa lives in a highly hierarchical world, and she has risen to Sun Priest, and she’s not sure she belongs there. The other priests are pretty sure she doesn’t belong there. And there’s all this scheming and intrigue and backstabbing that you would expect when put in that situation. I like to refer to her as a woman who loves an institution that does not love her back. I think rising to the top of the mountain politically is her dream, where she wants to be, and she tries to institute reforms to make this a better place for everyone. . . . I think that’s very true for people who are welcomed into institutions where they have not traditionally been welcomed and then they have to try to struggle to survive or try to change it from within.

Serapio has always been on the outside. As you said in that quote, he is someone who feels like he has a purpose, a destiny that is tied up with something pretty dark that he’s doing on behalf of the people that don’t even know he exists. [The story explores] what that feels like and what your obligations are, even to the point of putting aside your own needs to try to fulfill something that in the long run may not be the best thing for you, but you’ve been set on that path by others. How do you break free of that, if you can, and if you should? Those are the sort of questions I’m trying to raise that I hope readers struggle with and think about.

RW: People often yearn for a sense of community and they get a picture of what it’s supposed to be like in their heads, but it doesn’t always prove to be what they expect. I wonder if that’s what your characters are experiencing, and I wonder why you’re interested in telling the story of characters who are grappling with these kinds of feelings.

RR: Oh, gosh. You know, I guess every author writes a lot of themselves into books, right? These are themes that are important to me. I’m an adoptee. I didn’t grow up within my birth family or my community and only reunited with my birth mother as an adult, but still am at odds with that community in a lot of ways. So that is something that personally interests me. I see it a lot in queer community too, where for example, the family you’re born into rejects you, so you have to go then and create your own found family.

Rebecca Roanhorse is the New York Times bestselling author of Trail of Lightning, Storm of Locusts, Star Wars: Resistance Reborn, and Race to the Sun. She has won the Nebula, Hugo, and Locus Awards for her fiction, and was the recipient of the 2018 Astounding (formerly Campbell) Award for Best New Writer. She lives in New Mexico with her family. 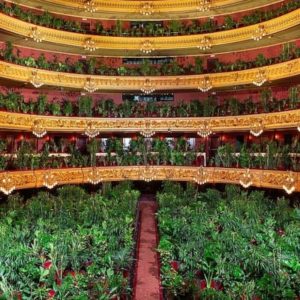