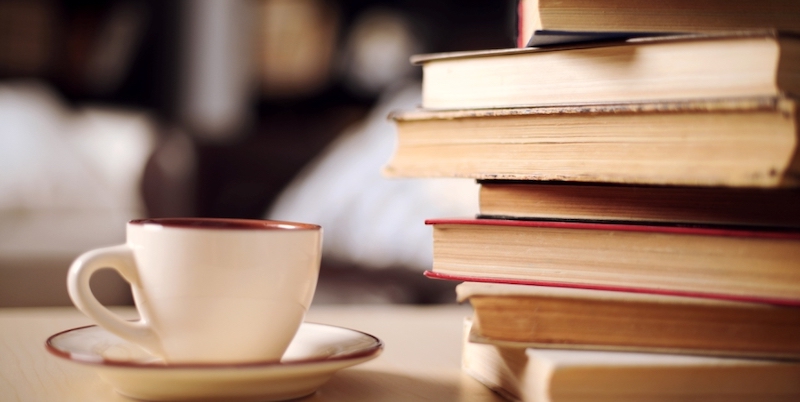 One morning when I was in my early teens, I came into the kitchen of our house in Washington, DC, to find my mother putting long-stemmed roses down the disposer.

We three children had been well lectured by her on what a disposer could and could not handle. Nothing too hard or fibrous: no bones, no celery, no grape stems. She was vigilant about it, ensuring that the center from every head of lettuce went into the bin instead, along with trunks of broccoli shorn of their florets. Rose stems were surely fibrous. For that reason alone the tableau should have provoked comment: my normally cheerful, vivacious mother, eyes down and mouth grim, taking roses from a large bouquet that was lying on the counter, pushing them stem-first into the growling hole, scarlet bits flying up into the basin. But I said nothing. I went past her without a word, as though the sight were totally unremarkable, got a glass from the cupboard and poured myself some orange juice. We may even have chatted lightly while I drank it, raising our voices slightly to hear each other over the noise of the motor.

Describing it now, this scene feels unreal, a vignette from a darkly comic movie or a dysfunctional-family memoir. But it did happen, and we were quite ordinary. Two parents, three children, a dog. My parents didn’t argue; we children played outdoors, did our homework, watched some television in the evenings. We were a typical 1970s family. Except. There was a lot we didn’t talk about.

Our family’s ocean of secrets ranged from the trivial to the enormous. Our mother’s exact age; our father’s Holocaust childhood; why our mother and her sisters didn’t speak; our father’s previous marriage; anything at all about our maternal grandfather, whom I had never met. In the absence of facts, sometimes I invented my own. I still have a primary-school drawing I made of My Family, showing everyone in pairs. My brother and me, my sister and the dog, my parents and grandparents. Beside my mother’s mother was an empty space holding the crayoned jumble of words, My grandfather died in the war. No one had told me that. I guessed and grasped at answers to fill in the blanks. What I didn’t ever do was ask.

In all other ways I was tremendously inquisitive; I taught myself to read at two simply because I was burning to know what everyone was staring at. From my earliest recollection, however, that curiosity had a dead zone around our family, particularly around my parents and their past. My older sister remembers our mother saying Don’t ask, but I don’t—perhaps by the time I came along, the admonition was tacit. It took a good long while to realize that I didn’t know anything, really, about our parents.

We were a typical 1970s family. Except. There was a lot we didn’t talk about.

Their secretiveness might not have been possible had we not lived overseas for a chunk of my formative years in an era well before the Internet, when Americans living in Africa or Asia were so completely removed from extended family that they might as well have been on the moon. I believe that time in that expatriate bubble with my parents, washing in the family culture of Don’t ask, was at least partly responsible for that incurious teenager in the morning kitchen of our American house, drinking her orange juice as the roses disappeared by twos and threes into the sink. It was not that I was thinking, or telling myself, Don’t ask. It was not unlike the syndrome of left neglect, when a stroke takes not only one half of the world from the patient’s attention but also the very concept of leftness. I had no concept of asking.

Forty years on from that morning with the roses, I wonder: perhaps my mother did sometimes want to talk. About the roses, or about her eventual cancer diagnosis, or my father’s simultaneous cancer diagnosis. When those diagnoses occurred, I was still young, still living in the gravitational pull of my upbringing. I hadn’t lived long enough yet to have achieved escape velocity. As it happened, my parents didn’t live long enough for that either. Not quite a decade after the morning with the roses, they had both died, taking their secrets with them, sealing their children into that hardy blank bubble forever.

Perhaps it was inevitable, then, that I would choose to write a book about a family driven and divided by secrets little and big. What Could Be Saved began as a nostalgia piece, a short story centered around a caught moment of my happy Bangkok childhood. When I returned to it many years later, and expanded it into a novel, it bloomed readily into something more complex than nostalgia, something both more fictional and more true. The Prestons are not my family, and their secrets are very different, but they share with us that obdurate silence, that reflexive secrecy. As in all of my books, What Could Be Saved reveals everything only to the reader; the nautilus-chamber of story spirals into a tight circle of omniscience, a center of enlightenment from which the characters in the book are excluded.

Not long ago, I reached out to my mother’s only living sister and invited myself for a visit. During the long drive there I fretted: would she be angry about the long embargo? I had no idea what had caused the division between them. It was worry for naught: my aunt and cousins welcomed me warmly. There were no forbidden topics of discussion; they seemed happy to talk about anything. Startlingly so: the visit was filled with relentless small shocks as they sprinkled revelation after revelation through their easy conversation.

How quickly my aunt cleared up some of the mysteries. The absent grandfather was a scoundrel, a confidence man on a large scale (“think ‘The Sting,’” said my aunt), given to disappearing just ahead of the law, abandoning his wife and four young daughters frequently, without a penny. He was also the source of the disposer roses. After his release from prison (“your mother testified against him to put him there,” said my aunt breezily), he’d reached out to all of his daughters to attempt reconciliation. My mother, the eldest child who had known him longest and best, did not forgive. When her younger sisters accepted him back into their lives, my mother expelled all of them from hers.

Perhaps it was inevitable, then, that I would choose to write a book about a family driven and divided by secrets little and big.

It felt like I’d been handed the key to a cipher. In an instant I understood the central question I hadn’t asked back then: why the disposer. The answer was anger—no, more than anger, rage. My mother couldn’t merely bin the roses, she needed to grind them to pulp. It was something I wouldn’t have guessed at; I didn’t know her as an angry person. That understanding triggered another, one domino falling against the next: my mother’s secrecy wasn’t a personality trait but a choice. As I see it now, my parents were practical people who believed in getting on with things; when they met and fell in love, they chose the most expedient way to leave their very difficult childhoods behind. They leapt from their separate histories into their life together, erasing their pasts with the leap. Taking us with them.

Therapy might have helped them explore their early traumas and find healing, but therapy wasn’t mainstream then. It was a choice for a different generation, not theirs. I am sure they never considered it. Part of me wishes they had, but the rest of me is glad that they didn’t dally. They enjoyed their life together enormously. And although none of us could know it, they had so little time.

I am older now than either of them got to be. I am capable of asking questions, thanks to my medical training; I can snap into physician mode when prompted and probe the most delicate subjects without a blink. In a social setting, however, posing even simple questions can still feel to me like prying. I try to overcome that, though, understanding that not asking may give the impression of not caring to know. As for personal revelation, I am not sure I will ever be comfortable with that. Speak the years from their hiding places, said the poet Nayyira Waheed. I believe it is possible to achieve that in my own way. Weaving fact into fiction; telling, without telling. Inventing something beautiful and false, and also true. 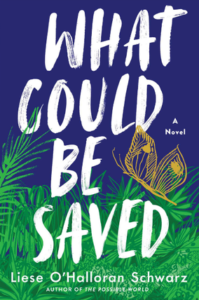 What Could Be Saved by Liese O’Halloran Schwarz is available now via Atria Books.

Liese O’Halloran Schwarz, an emergency-medicine doctor, published her first novel, Near Canaan, while in medical school. Her most recent novel is The Possible World, and she currently lives in Chapel Hill, North Carolina. 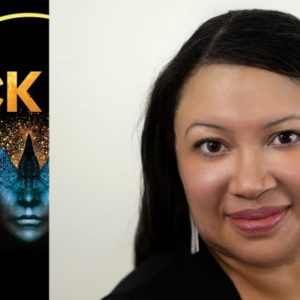 The first chapter of Rebecca Roanhorse’s new novel, Black Sun, features a mother and child sharing a tender moment that...
© LitHub
Back to top
Loading Comments...