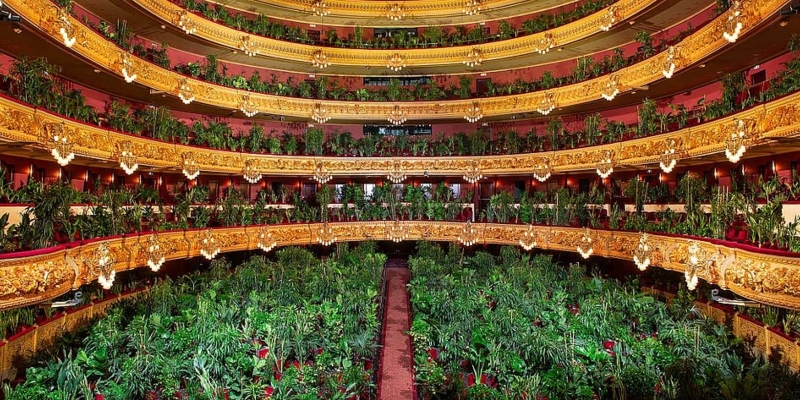 On Episode 154 of The Quarantine Tapes, Paul Holdengräber is joined by Spanish artist Eugenio Ampudia. In a conversation conducted in Spanish, Eugenio and Paul talk about his experience working under quarantine in Spain. His most recent project is his Concert for the Biocene, performed to an audience of plants filling the concert hall. Eugenio talks to Paul about the inspiration behind that concert and the message he hoped to convey about the relationship between humans and the natural world. They discuss the influence of audiences on his work and how he investigates the relationship between power and culture, including in his fascinating Where to Sleep project, which has sent him to spend the night at museums, libraries, and more.

Eugenio Ampudia: I don’t know what the plants say, because we have not yet managed to decode the reverse dialogue, but I know that each of them, when they have been there attending that concert, will have undergone a change in their vital strategy in some way, by being at that concert.

Eugenio Ampudia Melgar, lives and works in Madrid. As a multidisciplinary artist, his work approaches the artistic processes from a critical point of view; the artist as a promoter of ideas, the political role of creators, the meaning of art pieces, the strategies that allow to bring them to life, their mechanisms of production, promotion and consumption, the efficiency of spaces assigned to art, as well as the analysis and experience of those who watch and interprets them. 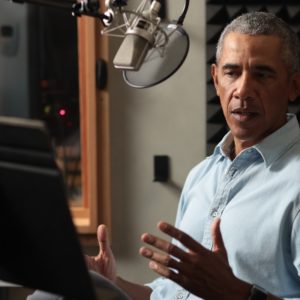 What's it like to record a 29-hour audiobook with a former President of the United States? AudioFile Magazine spoke with...
© LitHub
Back to top