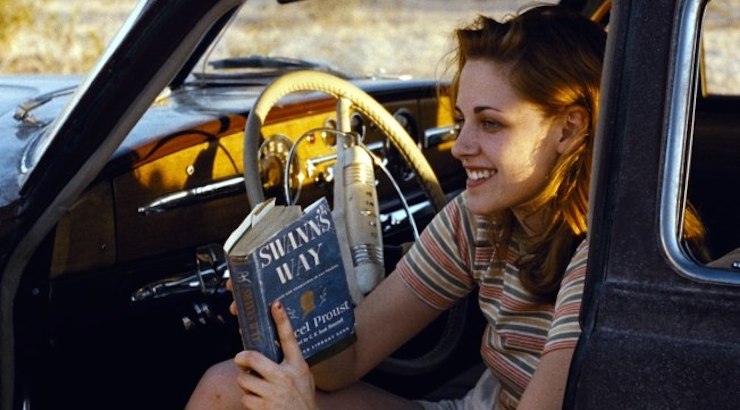 Really, Here’s Why You Should Read Proust

In Search of Lost Time, like many great literary works, is a quest whose structure resembles that of a symphony. The novel’s major themes—love, art, time, and memory—are carefully and brilliantly orchestrated throughout the book. The opening pages, which Proust called the overture, state in a musical, intimate, and subtle manner the goal of the quest, which is to find the answer to life’s essential questions: Who am I? What am I to make of this life? As Proust’s title indicates, the main character, known as the Narrator or Marcel, is searching for his own identity and the meaning of life. As he tells his story, he speaks to us in a voice that is one of the most engaging and enchanting in all of literature.

I always tell anyone who might be intimidated by the many pages to be read that, although In Search of Lost Time is rich and complex and demands an attentive reader, the novel is never difficult. In spite of its length and complexity, most readers find it readily accessible. Vladimir Nabokov, who considered it the best novel of its era, described its major themes and effervescent, Mozartean style: “The transmutation of sensation into sentiment, the ebb and tide of memory, waves of emotions such as desire, jealousy, and artistic euphoria—this is the material of this enormous and yet singularly light and translucent work.” In spite of its “enormity” and complexity, Proust’s book has never been out of print and has been translated into well over 40 languages. In Search of Lost Time has not been kept alive by the academy. The work is seldom taught in its entirety in university courses, but maintains its presence among us thanks to readers all over the world who return to it again and again.

Over the years, I have received unsolicited testimony from many such readers who say that Proust changed their lives by giving them a new and richer way of looking at the world. In fact, rendre visible (to make visible) is Proust’s succinct definition of what an original artist does. In Proust’s case, I think he helps us to see the world as it really is, not only its extraordinary beauty and diversity, but his observations make us aware of how we perceive and how we interact with others, showing us how often we are mistaken in our own assumptions and how easy it is to have a biased view of another person. And I think the psychology and motivation of Proust’s characters are as rewardingly complex as are those of Shakespeare’s characters. Just as the Bard describes Cleopatra, many of Proust’s characters are creatures of “infinite variety.” Speaking of Shakespeare, Shelby Foote, in an interview, placed Proust in the top tier of writers he most admired: “Proust has been the man that hung the moon for me. He’s with Shakespeare in my mind, in the sense of having such a various talent. Whenever you read Proust, for the rest of your life, he’s part of you, the way Shakespeare is part of you. I don’t want to exaggerate, but I truly feel that he is the great writer of the 20th century.”

Great texts are those that involve the reader to an extraordinary degree. We find ourselves placed at the center of the action. In Proust’s case, because of the intimate, engaging first-person narrative, we become the hero’s companion as he seeks to discover the truth about the human condition. In order to discover the truth about our experience and depict it in a novel, Proust brought to bear his extraordinary powers of observation and analysis. Joseph Conrad saw this endless probing as the key to his genius: “Proust’s work . . . is great art based on analysis. I don’t think there is in all creative literature an example of the power of analysis such as this.”

And how does In Search of Lost Time continue to speak to generation after generation in a voice that seems fresh and vigorous? Far from being the culminating opus of decadent literature, as some early critics believed, this novel constitutes one of the most dynamic texts ever written. Its tremendous energy acts as a rejuvenating force. All its narrative elements—plot, characters, style—create, as Iris Murdoch said of its effect, “the most intense pleasure which one does take in great art.”

Here are a few of the outstanding features of this novel: It is arguably the best book ever written about perception. (Proust’s legendary hypersensitivity is obviously linked to his skills as a writer.) He was the first novelist to analyze and depict the full spectrum of human sexuality. There are even passages that might allow him to claim to be the founder of gender studies and a proponent of gay marriage. And his sense of humor allows him to create comic scenes that satirize the foibles and vanity of his characters, especially those of high society. Proust fits perfectly Gilles Deleuze’s definition of a great author: “A great author is one who laughs a lot.”

My favorite quote by one famous writer about another is Virginia Woolf’s description of her reaction to Proust’s prose:

Proust so titillates my own desire for expression that I can hardly set out the sentence. Oh if I could write like that! I cry. And at the moment such is the astonishing vibration and saturation and intensification that he procures—there’s something sexual in it—that I feel I can write like that, and seize my pen and then I can’t write like that. Scarcely anyone so stimulates the nerves of language in me: it becomes an obsession. But I must return to Swann.

Proust’s words have enchanted Virginia Woolf and many other writers, dramatists, filmmakers, and choreographers so that often his book becomes a central or significant element in their works. Here is one example: In Search of Lost Time and Albertine, one of its major characters, play a role in Iris Murdoch’s The Good Apprentice. Near the end of her novel, we find Edward, one of the main characters, resuming his reading of Proust:

“Oh—Proust—” Edward had been looking for the passage which had so amazed him . . . about Albertine going out in the rain on her bicycle, but he couldn’t find it. He had turned to the beginning. [Longtemps, je me suis couché de bonne heure.] What a lot of pain there was in those first pages. What a lot of pain there was all the way through. So how was it that the whole thing could vibrate with such a pure joy? This was something which Edward was determined to find out.

Although we do not know whether Edward found the answer, Murdoch’s tease at the end of her book is intended as an invitation for us to make our own investigation. This joy stems in part, I believe, from the compassion Proust shows for his characters, even those with whom he finds the most fault. He loves and wants to redeem them all, a sentiment that constitutes a powerful moral force, endowing his characters with life and making them seem real. Pamela Hansford Johnson, another British writer, sees this as his novel’s great lesson: “There is no novel in the world that changes its readers more profoundly . . . above all it teaches compassion, that relaxing of the mind into gentleness which makes life at once infinitely more complex and infinitely more tolerable.” And: “Proust makes the reader love [the Narrator] so that Proust himself, perhaps more than any writer except Shakespeare, becomes an intimate.”

In the closing pages, Proust urges each of us to comprehend, develop, and deploy our remarkable faculties. He intends his entire enterprise to persuade us that we are incredibly rich instruments, but that most often we let our gifts lie dormant or we squander them. The joy that so many readers feel at the conclusion of the book derives from the long-delayed triumph of the hero and the realization that we too can, by following his example, attempt to lead the true life. When the Narrator completes his quest, after many ups and downs and misunderstandings, the myriad themes—major and minor—beautifully orchestrated throughout, are gloriously resolved in the grand finale. This happy ending makes In Search of Lost Time a comedy of the highest order, one that amuses, delights, and frequently dazzles, as it instructs.

Shelby Foote, as a writer, had a unique relationship with Proust’s novel in that each time he finished one of his own novels or his vast history of the Civil War, he gave himself a special reward: “I’ve always given myself a reward when I finish something and the reward I give myself is always the same thing. I read A la recherche du temps perdu. That’s my big prize. C’est mon grand prix. I think I’ve read it nine times, now. It’s like a two-month vacation because it takes that long to read Proust. I like it better than going to Palm Beach.”

Why did Foote always give himself the same reward on finishing one of his own books? And why does he say that reading Proust is better than spending two months in Palm Beach? It is because he feels on each reading the rejuvenating power that we all experience in the presence of great art. In fact, Proust says that this is the seul bain de Jouvence, the only Fountain of Youth. All the labor and love that an author (or artist, or musician, or scientist—all examples illustrated by Proust) puts into such a creation has a powerful, rejuvenating effect on the reader. I urge anyone who loves books and who has not yet discovered Proust’s novel to pick up Swann’s Way and dive right in. I assure you that you will be richly rewarded.

William C. Carter is Distinguished Professor of French Emeritus at the University of Alabama at Birmingham.
http://Proust-Ink.com 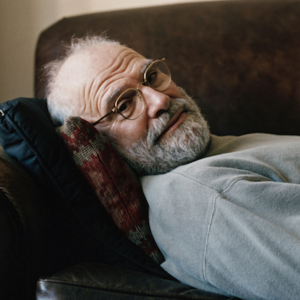 “He lies, bullies, menaces, dishes it out but can’t seem to take it, exhibits such a muddy understanding of certain...
© LitHub
Back to top